Rome is monstrously old and forever young, having seen the rise and fall of one of the planet's greatest civilizations.

The eternal city where all roads lead, where you can live your whole life in one day-long vacation or get lost for several weeks.

Rome is monstrously old and forever young, having seen the rise and fall of one of the planet's greatest civilizations.

Jintravel.com has compiled a list of 10 top attractions in Rome with photos and descriptions for you to choose what will be of particular interest to you. 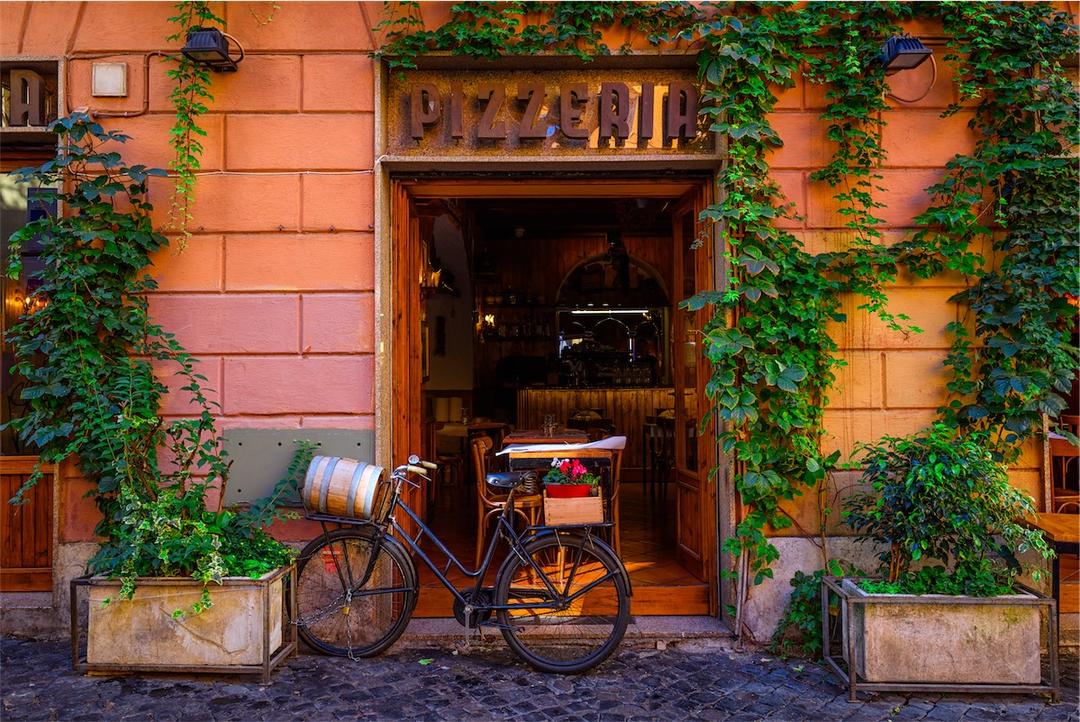 Meeting with the Colosseum will bring you unique emotions. Once upon a time, 70,000 spectators were accommodated in its stands, and bloody gladiator fights, persecution of exotic animals and the execution of the first Christians took place in the arena. The recently visibly whitened amphitheater has been fully reopened after renovations. By the way, the best photos here can be taken from the nearest park on the left side of the huge Colosseum.

Interesting to read: What to eat in Italy? 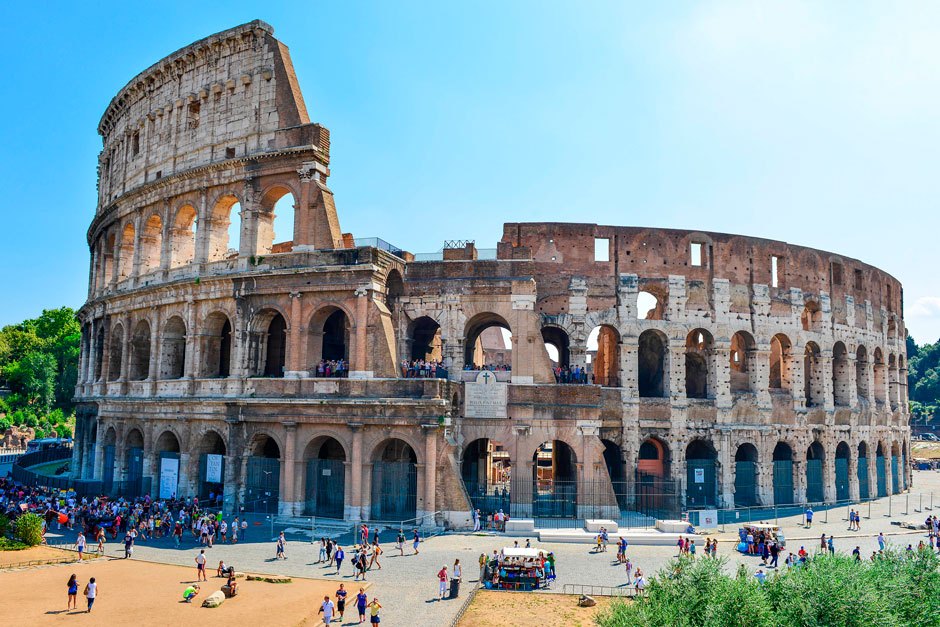 After visiting Rome, do not hesitate to go to Piazza Navona. All year round, something interesting happens on the square - street musicians give concerts, artists draw caricatures, live statues and clowns entertain the public. In hot weather, tourists and locals flock to the three fountains on Navona in search of coolness. 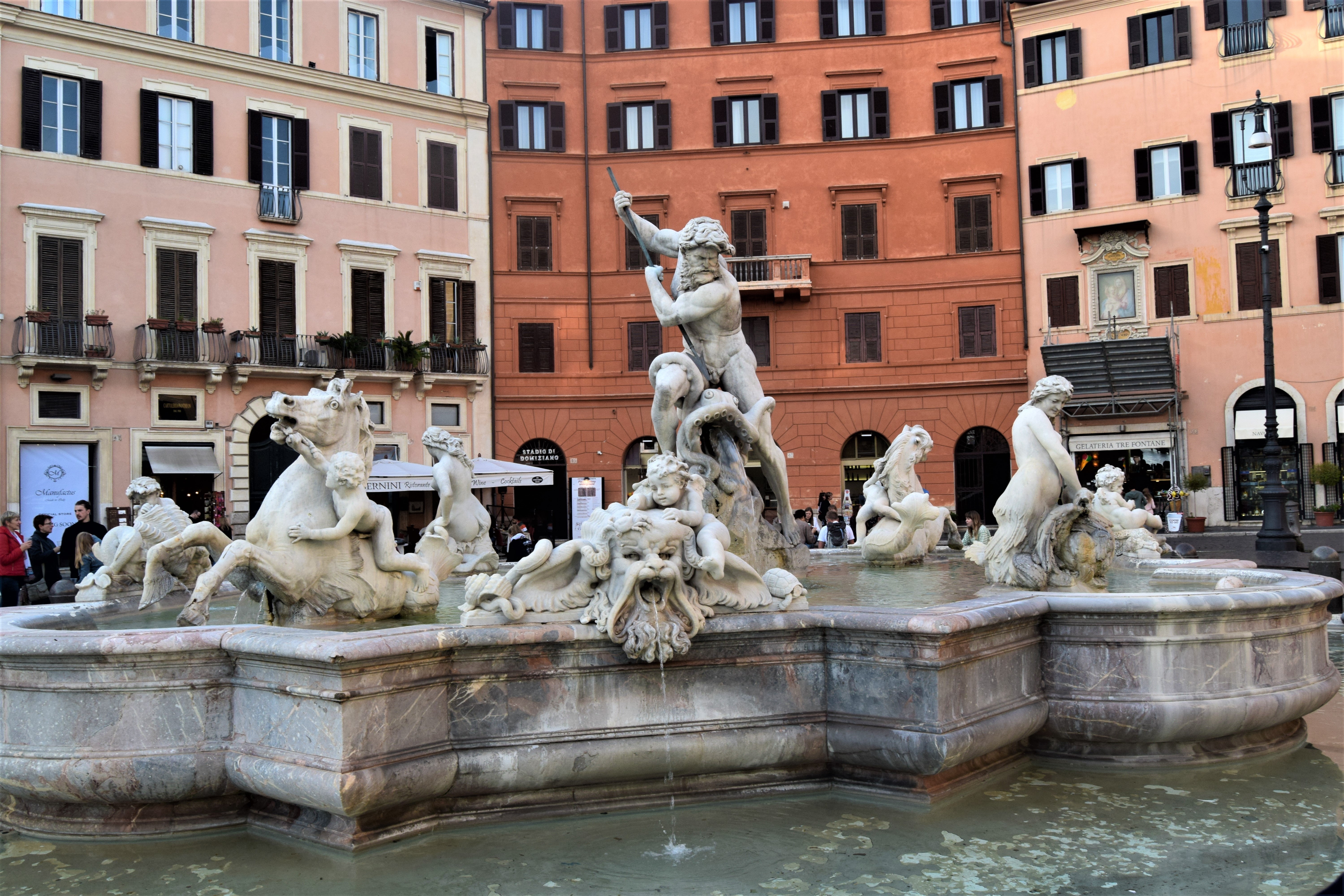 3) Throw a coin into the Trevi Fountain

The largest and most beautiful fountain in Rome is also the youngest. It was built in 1762 by the architect Nicolo Salvi right on the facade of the Poli Palace, the second floor of which was rented by Princess Volkonskaya in the 1830s. The fountain received real-world fame after the filming of the film “Dolce vita” (Sweet Life) in 1960.

They say that if you throw a coin into the fountain with your right hand over your left shoulder, you will definitely come to Rome again. Two coins - for a love meeting. Three for the wedding. Every year, the municipal services of the city fish out more than 700,000 euros from the fountain, which go to help the homeless. 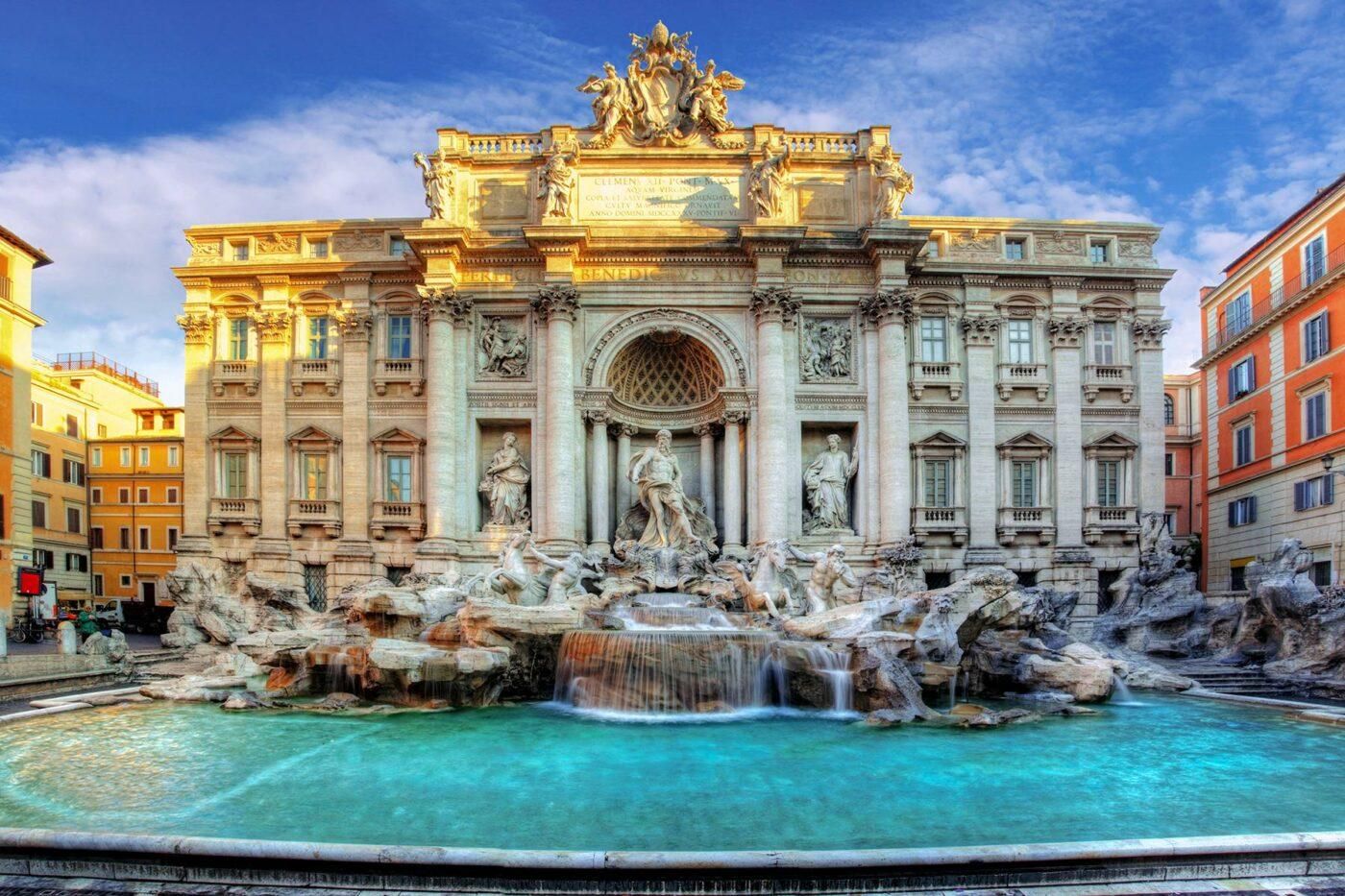 4) Walk through the most beautiful baroque square in Rome

Here is the modern, most beautiful baroque square piazza Navona (Navona Square) built on the site of the ancient Roman stadium of Emperor Domitian. In the middle of the square, there are fountains: Four Rivers, Moor and Neptune.

Recommended to read: Top 10 Places To See In Italy 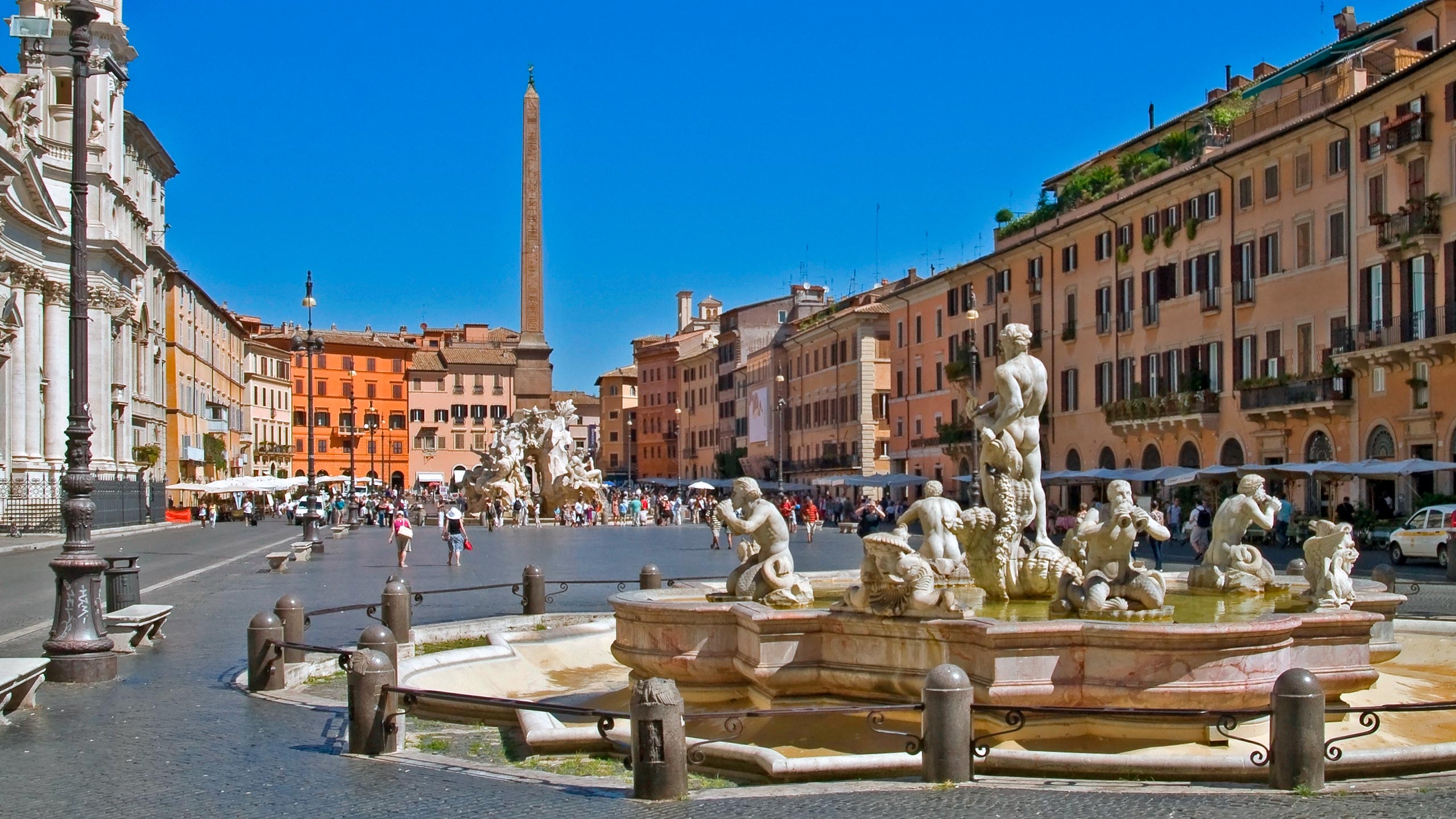 5) See the Pantheon, the oldest temple in Rome

What the "temple of all the gods" in Rome is famous for can be listed endlessly. The largest dome ever built by human hands. Christian temple on the site of a pagan sanctuary. The mausoleum where the genius Raphael de Santi and the most famous kings of Italy are buried. The oldest perfectly preserved building in Rome. A huge eye window on the ceiling of the temple, is designed at such an angle that when it rains, almost no water gets inside the temple. 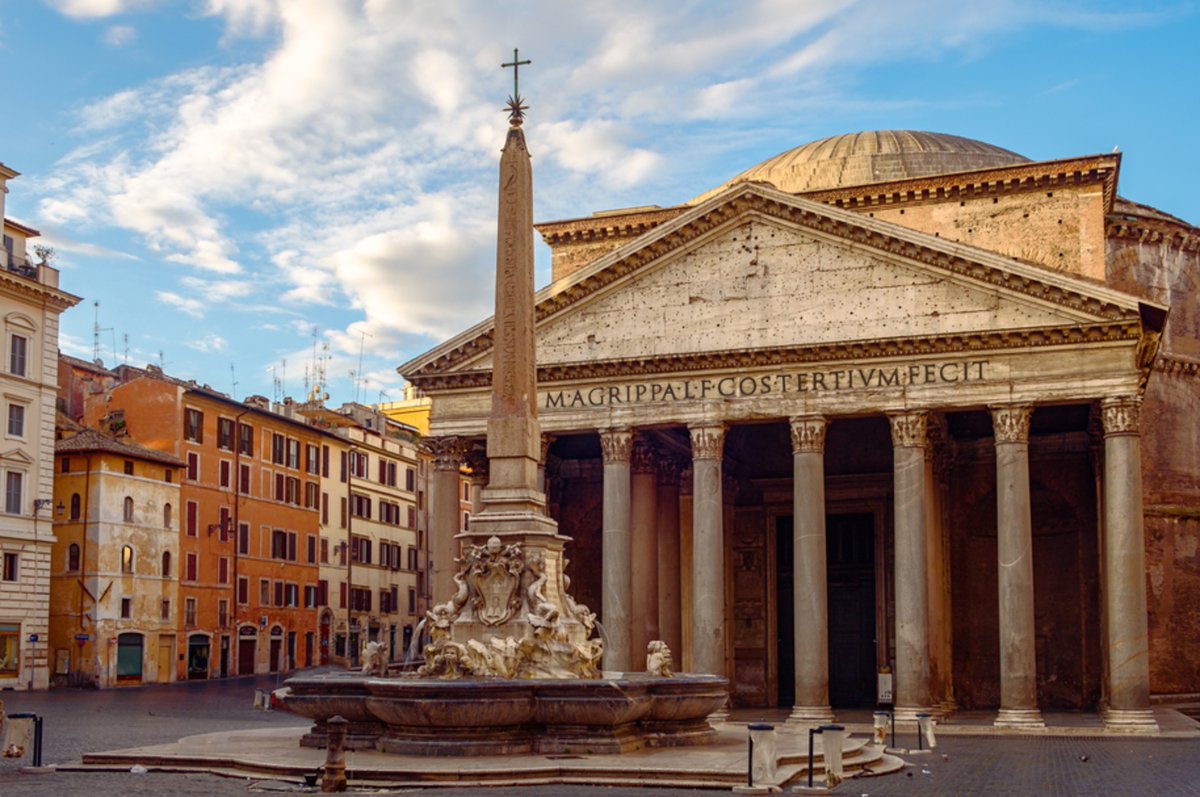 6) Taste the most delicious coffee in the world

Italian coffee is known all over the world, but the Romans are sure that they brew the most delicious coffee. You have a great reason to check this statement for yourself - for the most delicious coffee in the capital of Italy, you should look into the coffee houses Sant' Eustachio and Tazza d'oro - both located next to the Pantheon, in the historic center of the city. 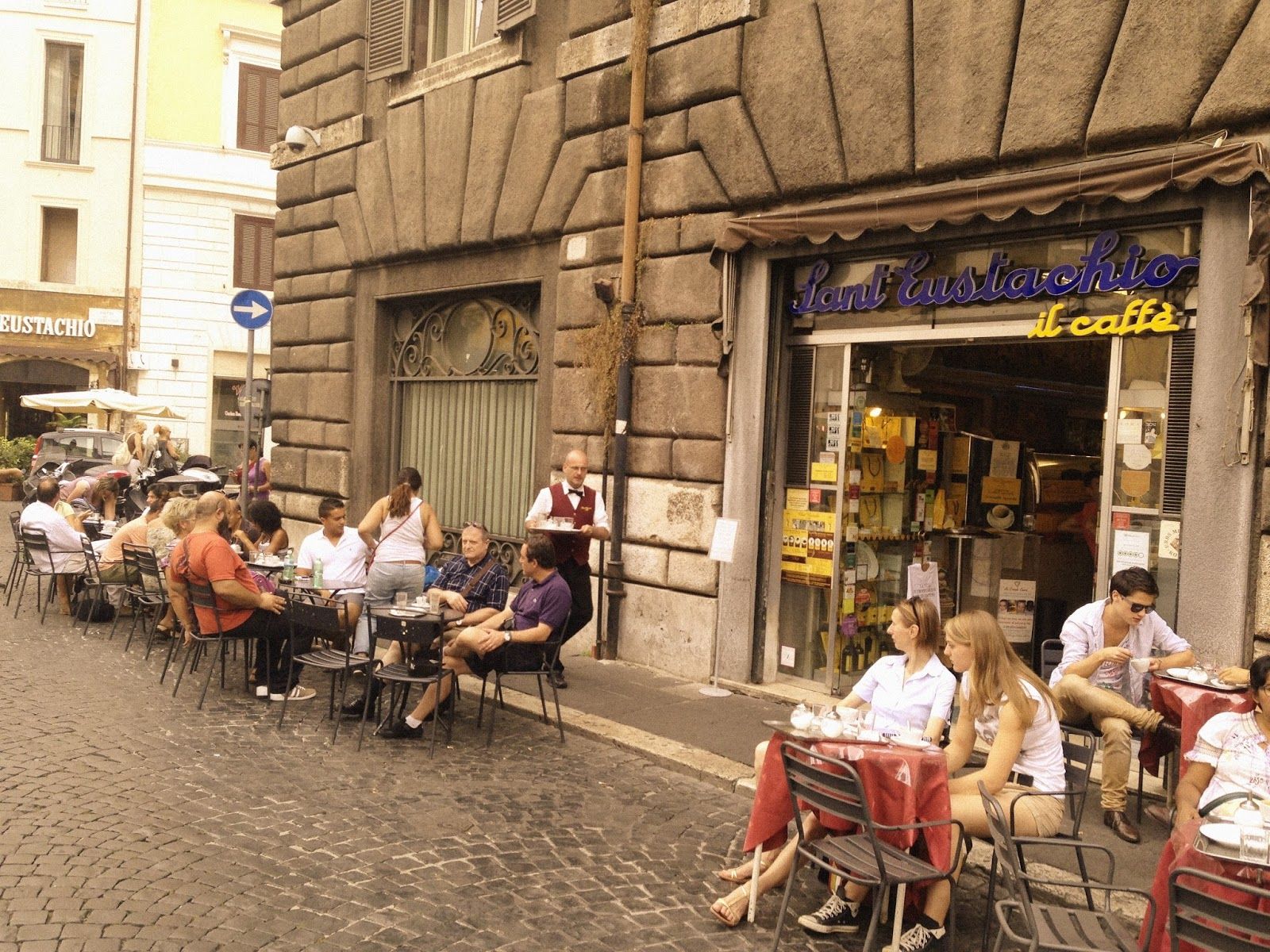 Take a walk along Sacra, a sacred street that runs through the Roman and Imperial Forum, the most famous ruins in the world. Here you can get an idea of ​​what life was like in ancient Rome (more than 2000 years ago), because it was the forums that were the center of public affairs of local residents. The market and the senate were located here, and Caesar, who was killed in the bloody scene, was buried here. In addition to the Imperial Forum, it is also interesting to visit the open-air museum on the Palatine - an elite ancient Roman place where emperors lived. 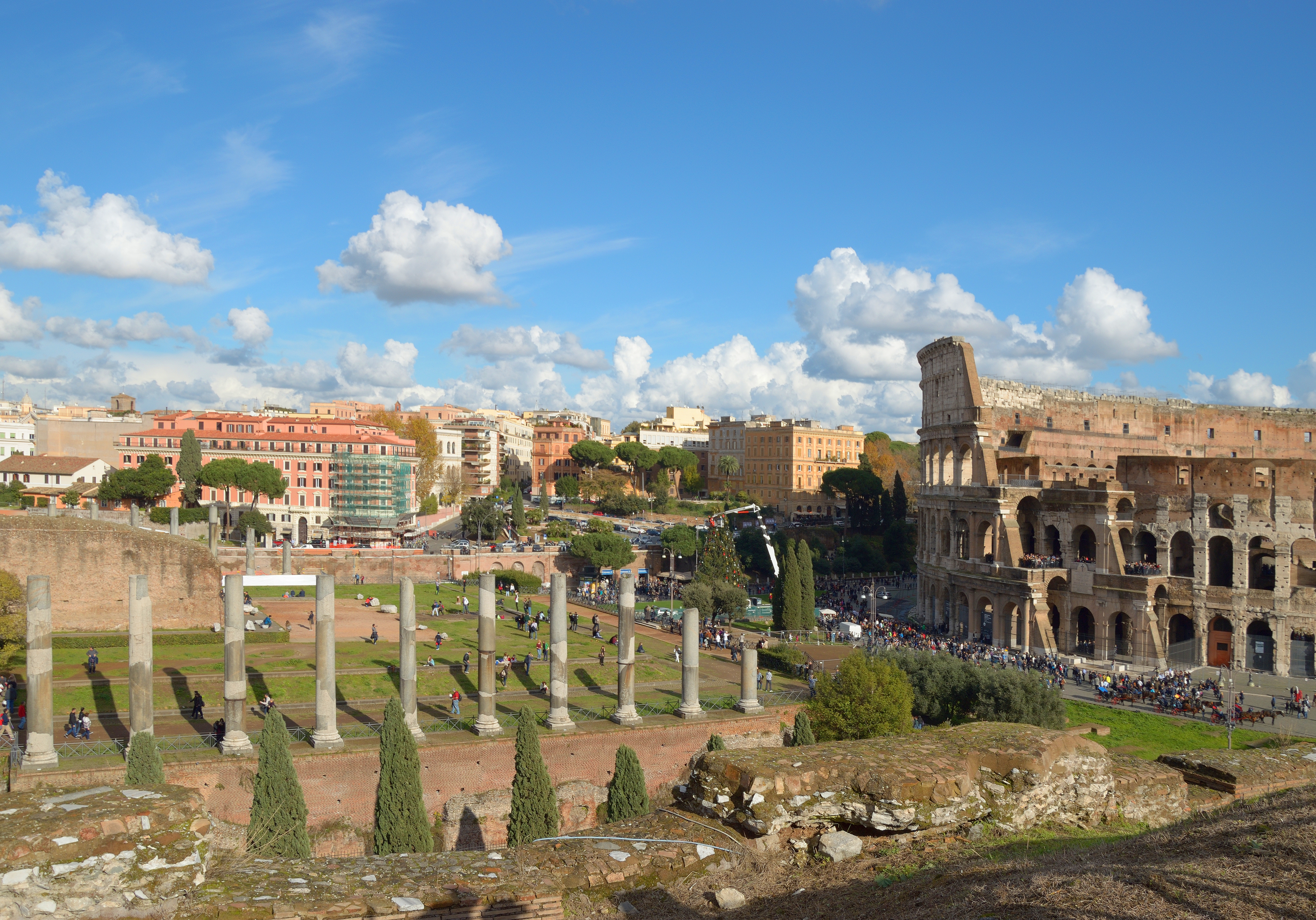 8) Shop at the most colorful Roman market - Campo de Fiori

The central square of Rome, Campo de Fiori, from morning until noon becomes a noisy and colorful open-air market. Here you can walk among the stalls, and buy all sorts of things from food and flowers to clothes, souvenirs, and household utensils. And in the evening, the same square turns into the epicenter of the city's lively nightlife: bars, restaurants, and clubs open until late attract a fun-loving audience. 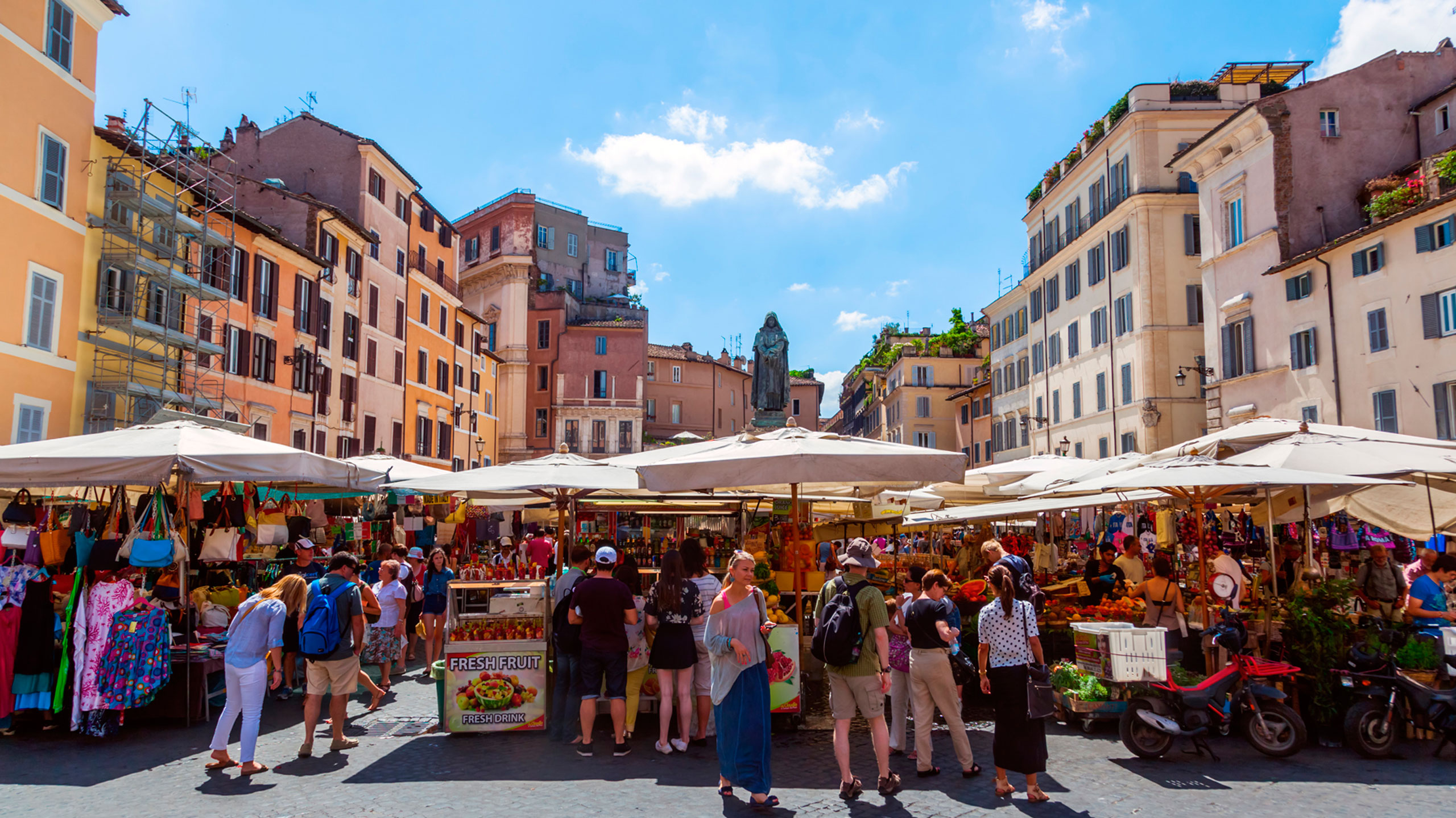 Pizza is one of the most important and delicious dishes of Italian cuisine. There is a slight difference between Neapolitan and Roman pizza - the former is made with a "high" dough and comes out with a thick base. The second - is on "low", and it comes out thinner. In Rome, you can try both types of pizza. 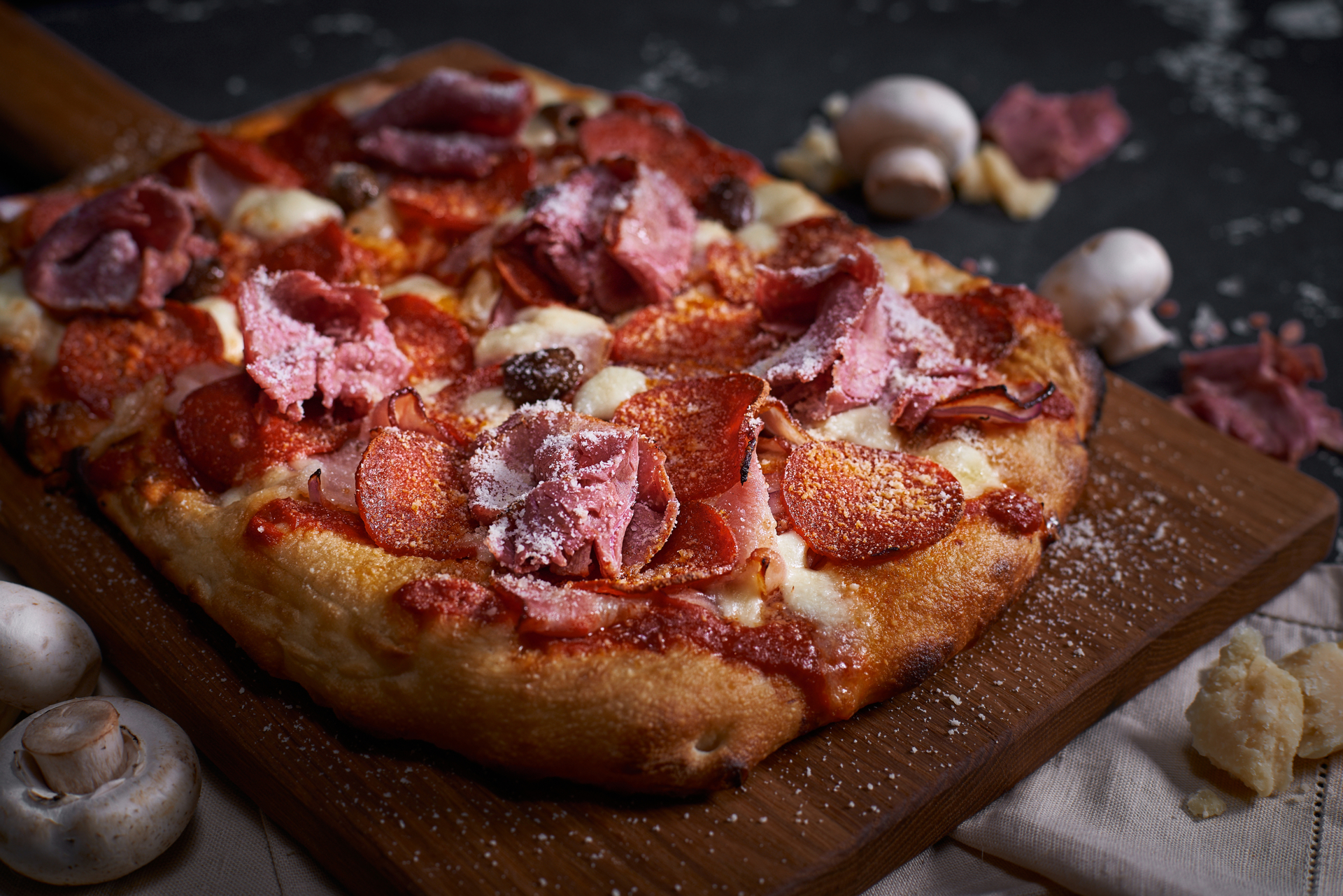 The most delicious ones in the historical center are at Dar Poeta on vicolo di Bologna 54, at Da Baffetto at via del Governo Vecchio 144, at Navona notte at via del Teatro Pace 44 and in the old Roman district of Trastevere.

Recommended to read: The 10 Best Restaurants in Italy

10) See the beauties of Rome at sunset from Pincio Hill

From the terrace of the Pincio hill in the villa Borghese park (exact address: piazza Napoleone I) offers one of the most beautiful panoramic views in the world. No one remains indifferent to this magnificent picture, covering most of the historical center! Come here at sunset to see the dome of St. Peter's Basilica and the People's Square below in a particularly beautiful light. 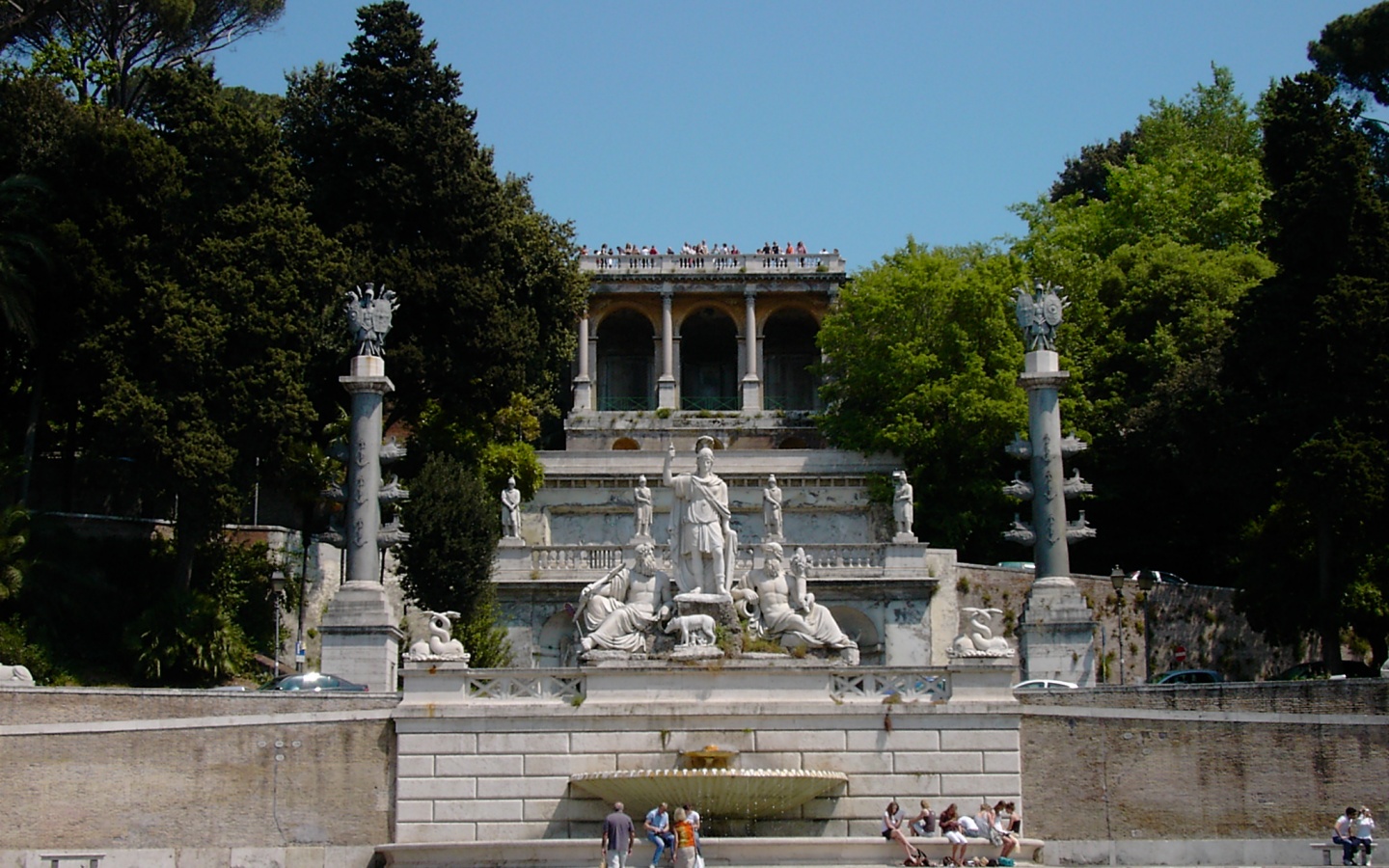 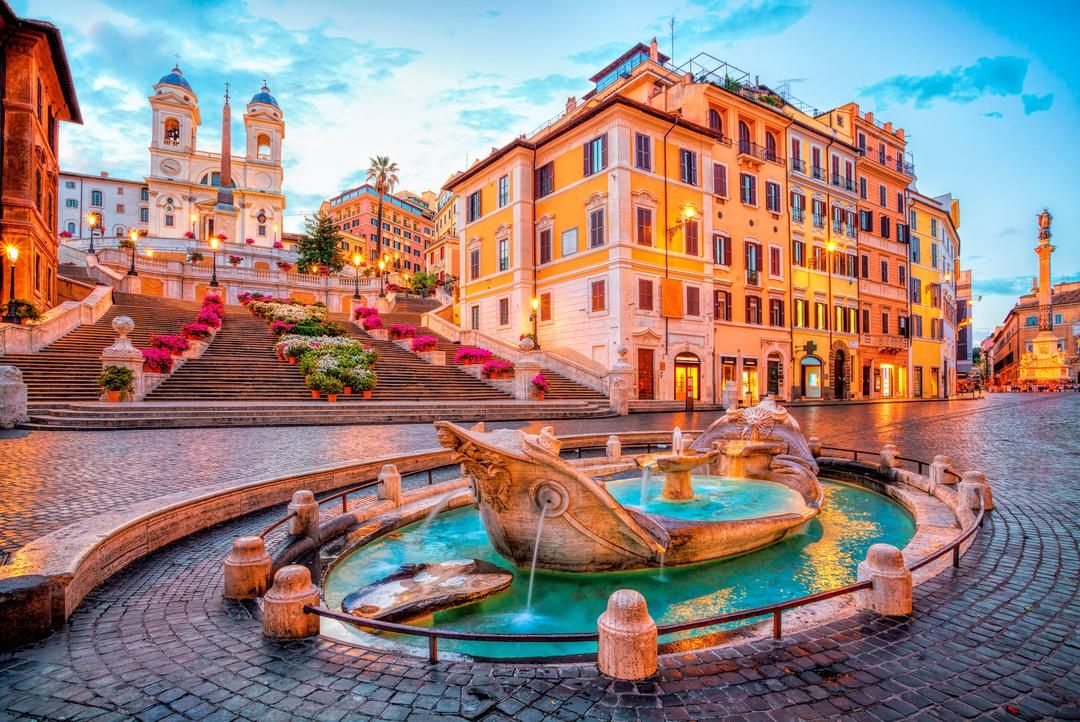