Athens, the capital of Greece, was the heart of an ancient civilization.

Athens, the capital of Greece, was the heart of an ancient civilization. Tourists come here, as usual, not in search of the warm sun and the gentle sea, but to see with their own eyes the Acropolis and the Parthenon, the Agora and the Odeon.

The history of Athens is the history of Western civilization, its origins, and its very essence. Everything was invented here: democracy, theater, and the foundations of law, philosophy, and oratory. The city has stood on the fertile land of Attica for 9,000 years, no cataclysms or wars have been able to shake its foundations.

Learn more about tours to Athens: Tours To Athens 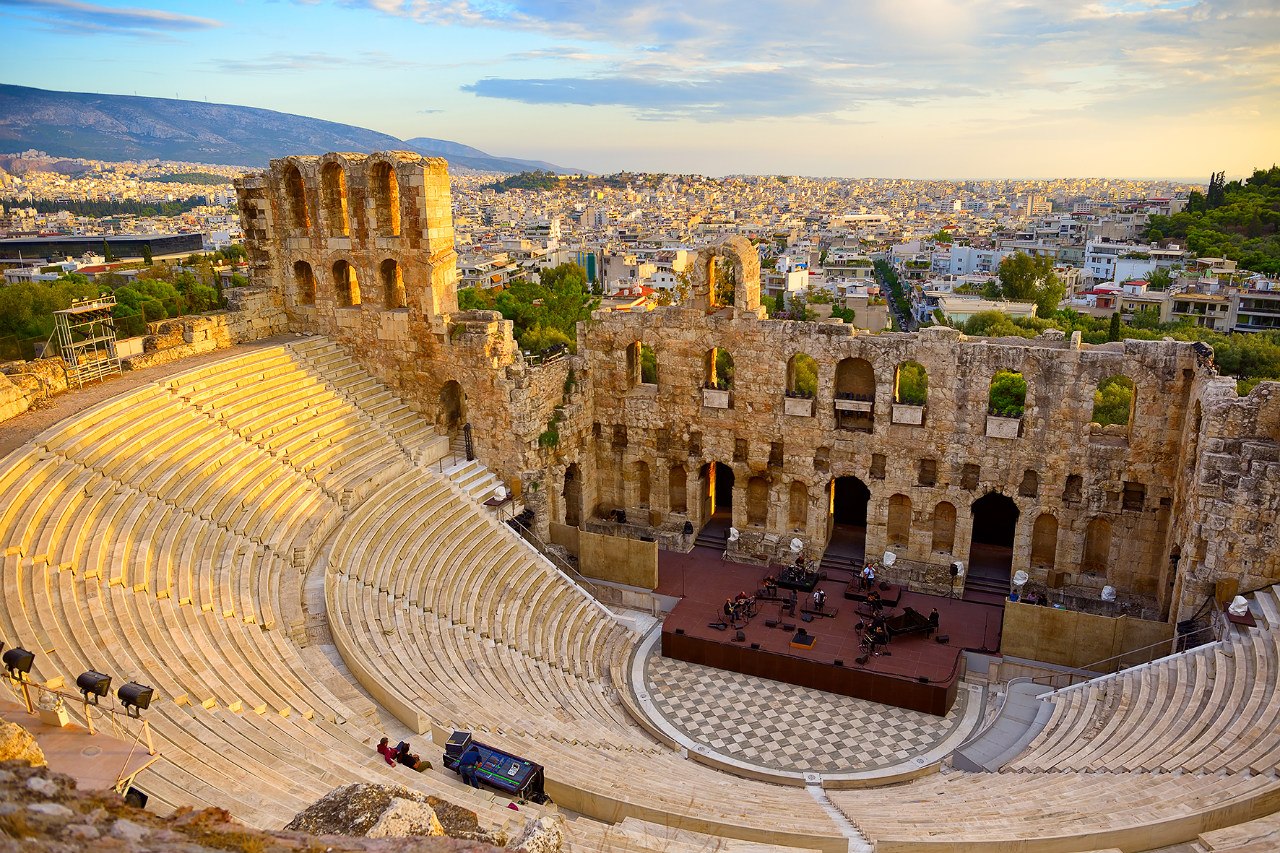 In the ancient heart of Athens, the sacred Acropolis, there are still pagan temples dedicated to the mighty Zeus, the wise Athena, and the mighty Hephaestus. The stone stages of the ancient theaters still remember the first tragedies of Euripides. The marble steps of the Panathinaikos stadium are still ready to welcome nimble athletes today.

Here is a list of the top 10 must-see places in Athens, according to Jintravel. 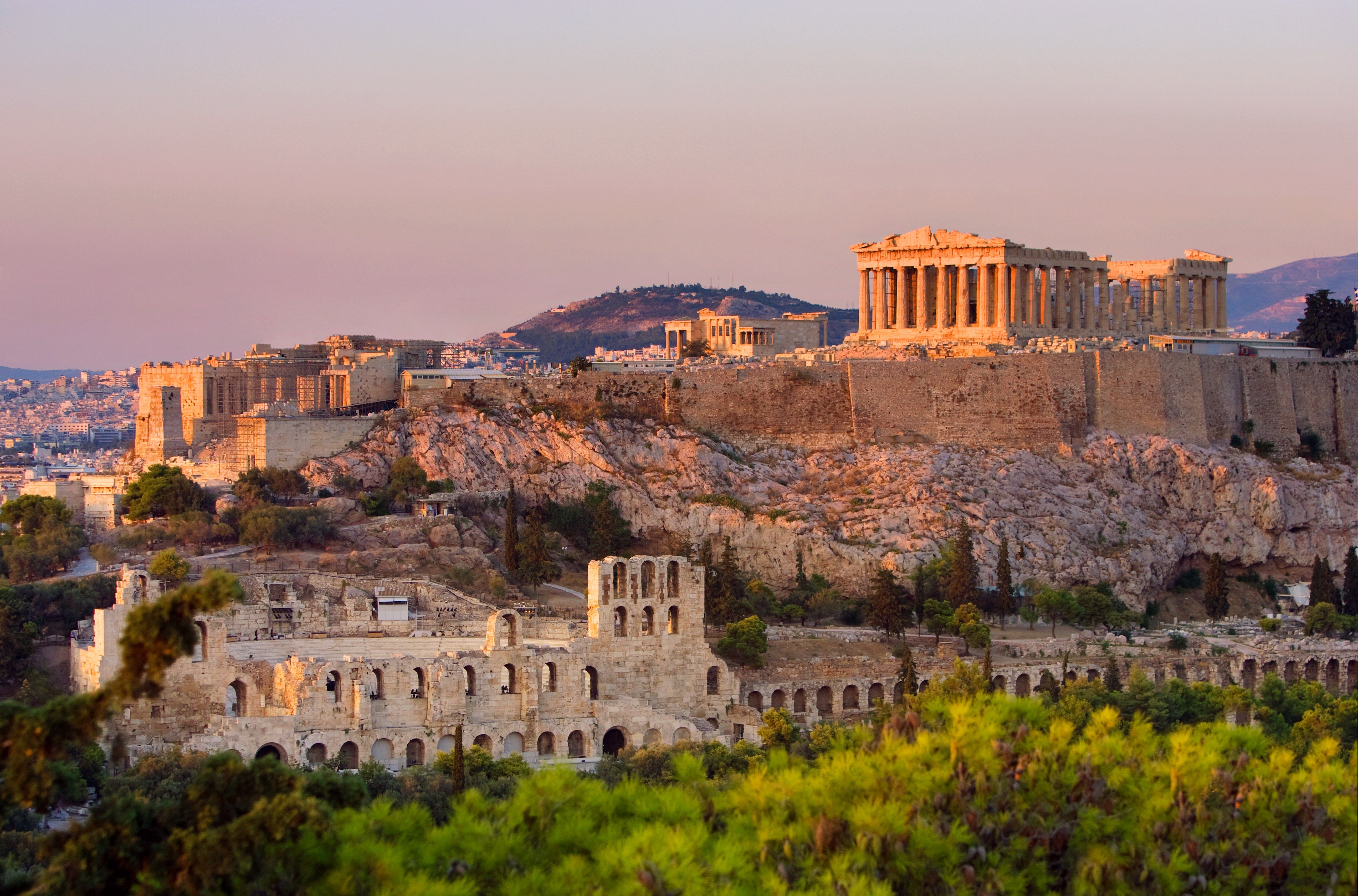 The Acropolis is the first name on the list of top 10 places to visit in Athens. The Parthenon temple perched on a sturdy rock overlooking the city is a sight to behold! Athens' cultural center was previously a world-famous landmark. It was one of the largest temples constructed at the time. It's possible to spend a whole day here admiring the monument and adjacent sanctuaries. 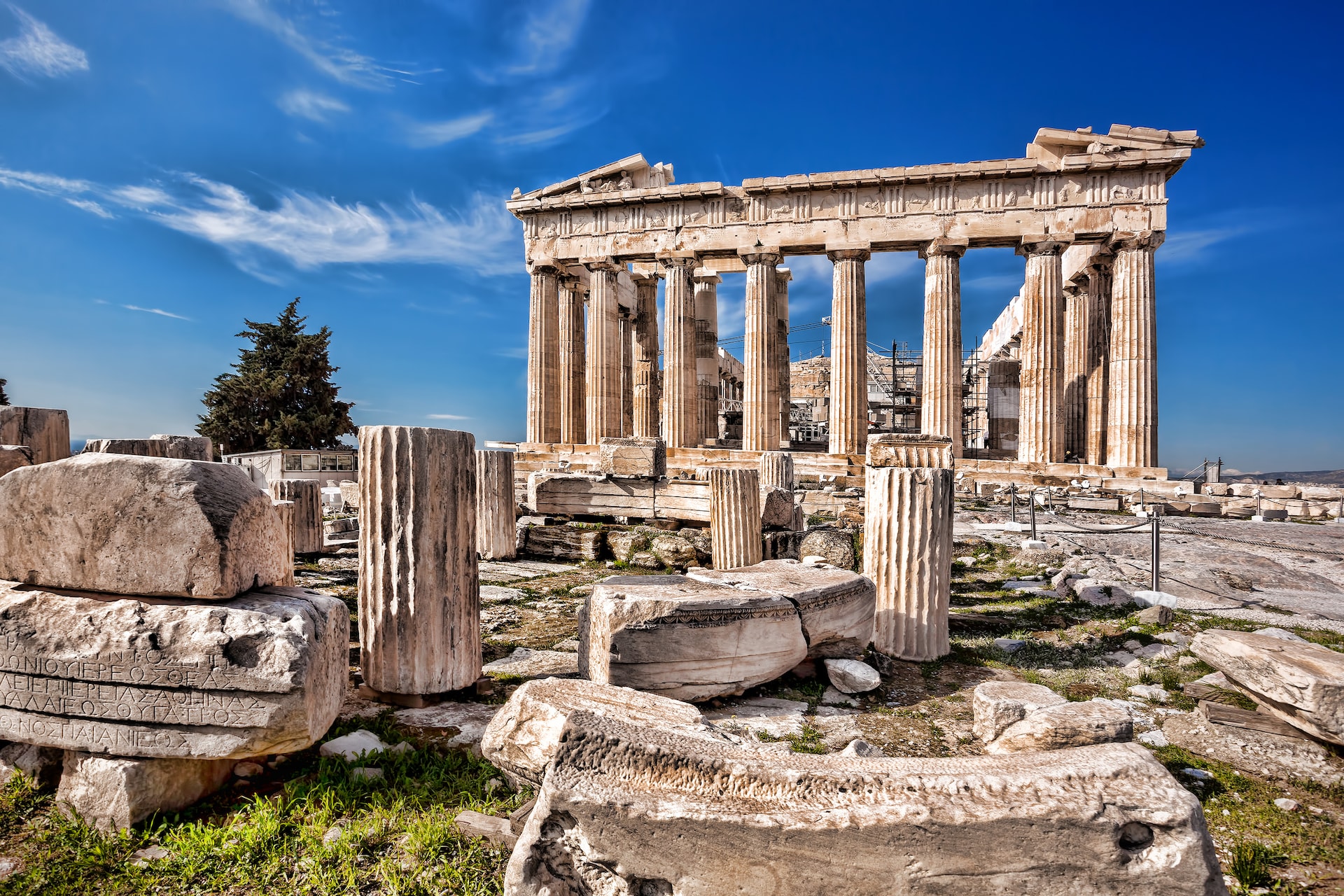 These neighborhoods are for those who love small cafes, pretty houses, cobbled streets, and the smell of freshly brewed coffee. Both areas are the finest examples of ancient architecture and society. You can also visit Ciné Paris at night for outdoor movie screenings. This is definitely one of the best places in Athens.

Must read: 10 Best Places to Visit in Mykonos Greece 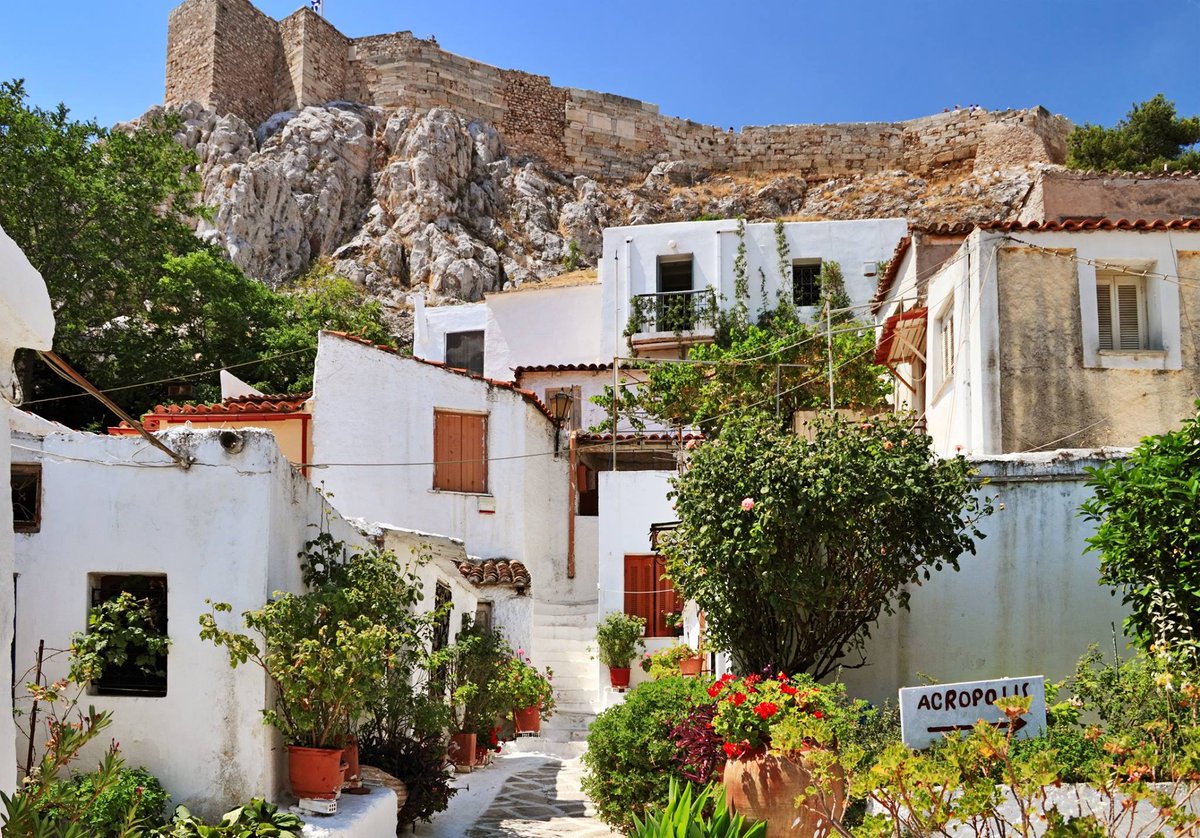 One of the many things to see in Athens is the Parliament building and the upscale market nearby. Syntagma Square is only accessible on foot and is a lovely place to visit. It is also the hub of all events hosted on public holidays and festivals. If you’re keen on shopping, you must visit the posh boutiques in the nearby market. Another thing which you must see while you’re at the square is the changing of guards ceremony. 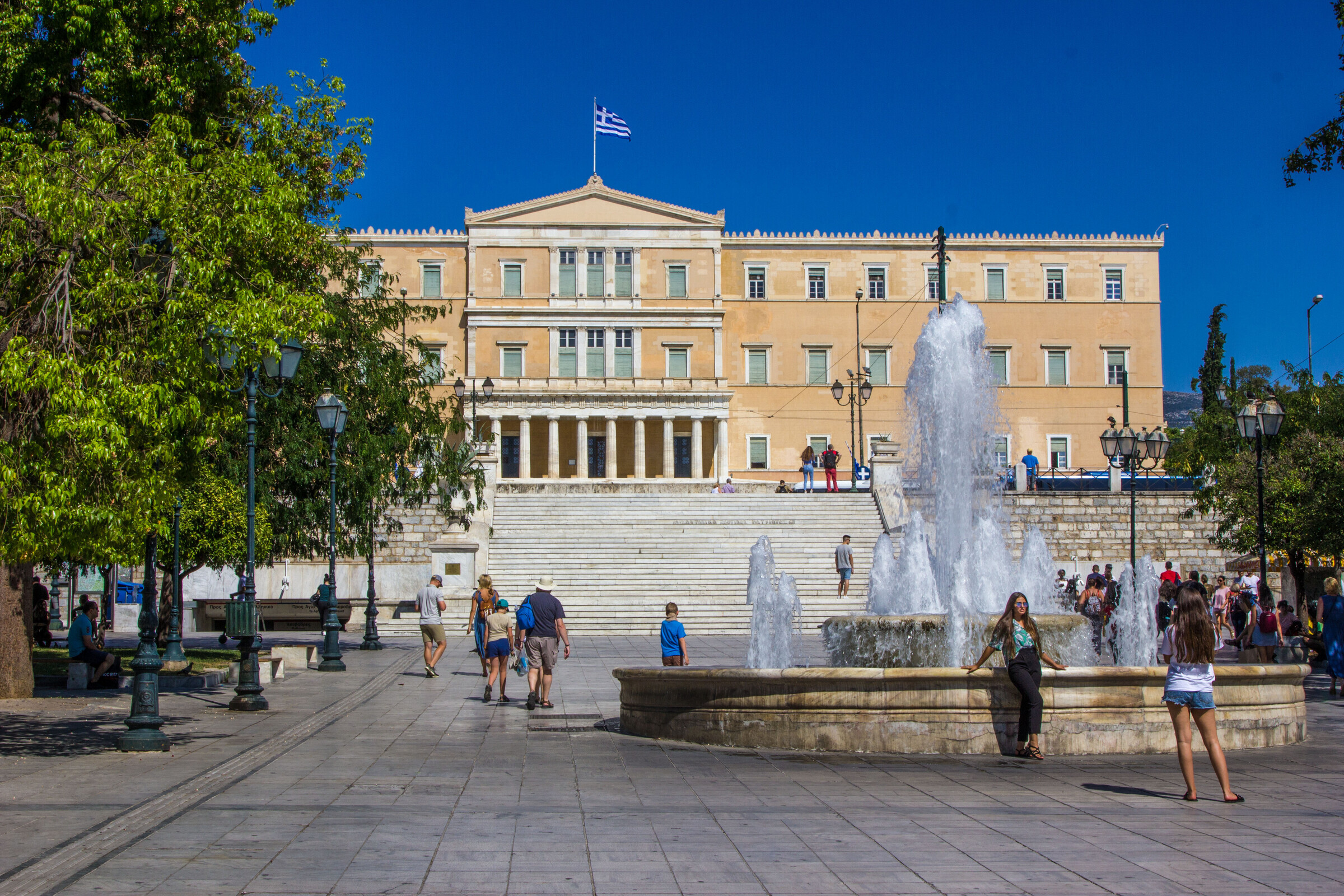 The temple is one of the most beautiful places in Athens and has been preserved for decades. The Temple of Hephaestus is dedicated to the Greek God of volcanoes, fire, and blacksmiths. It is one of the very few Greek temples which have been entirely preserved to date. While you’re at the temple, you must also visit the Ancient Agora of Athens and Stoa of Attalos. 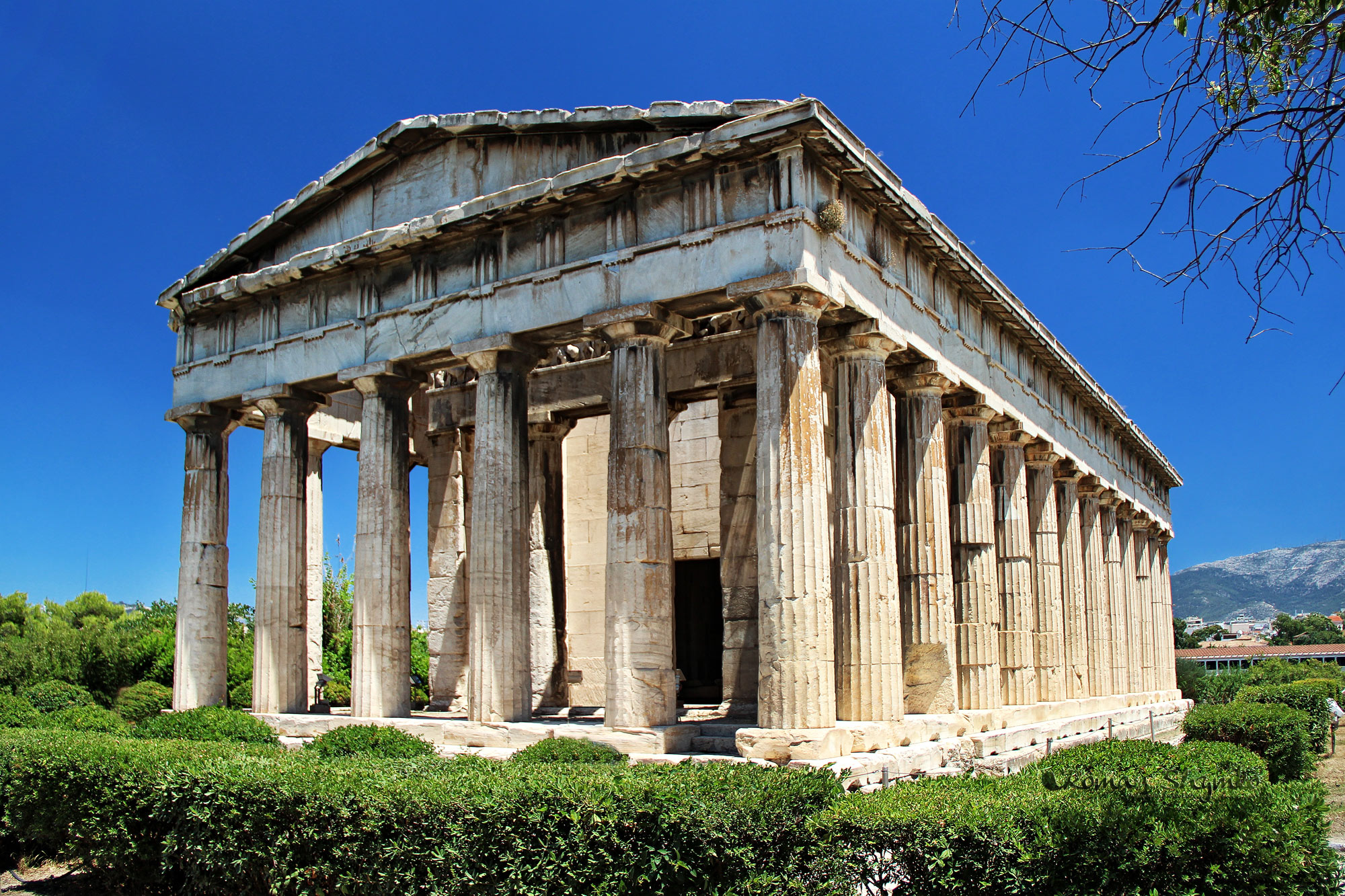 If you are interested in art and history Benaki Museum is one of the best places to visit in Athens This happens to be one of the top places of interest in Athens. The museum houses art and other collectives from the Greek civilization. These valuables date back to prehistoric times. They also have a collection of modern pieces of art. One can easily see the way Greeks transitioned and how their society evolved 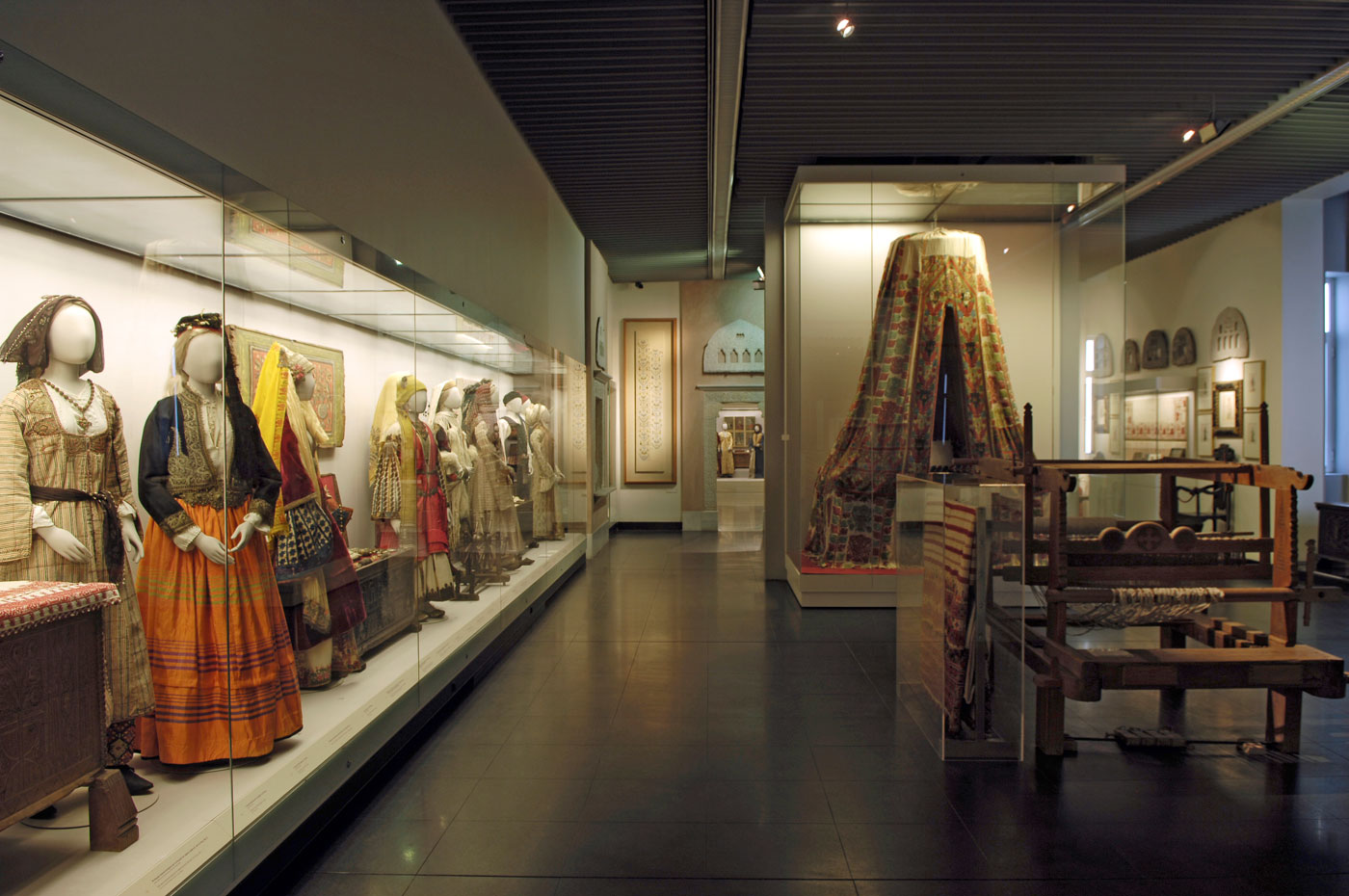 One of the best places to visit in Athens, the temple of Olympian Zeus has been named after God Zeus and is also dedicated to him. It is known to be one of the largest temples in the ancient world and possesses an interesting history.

The temple of Olympian Zeus took 700 years to be built. The work was completed by Emperor Hadrian in 131 AD. The huge Temple was composed of 104 columns of Corinthian style, 17 m high each. Today only 17 columns have survived and it is one of the most beautiful sightseeings of Athens. 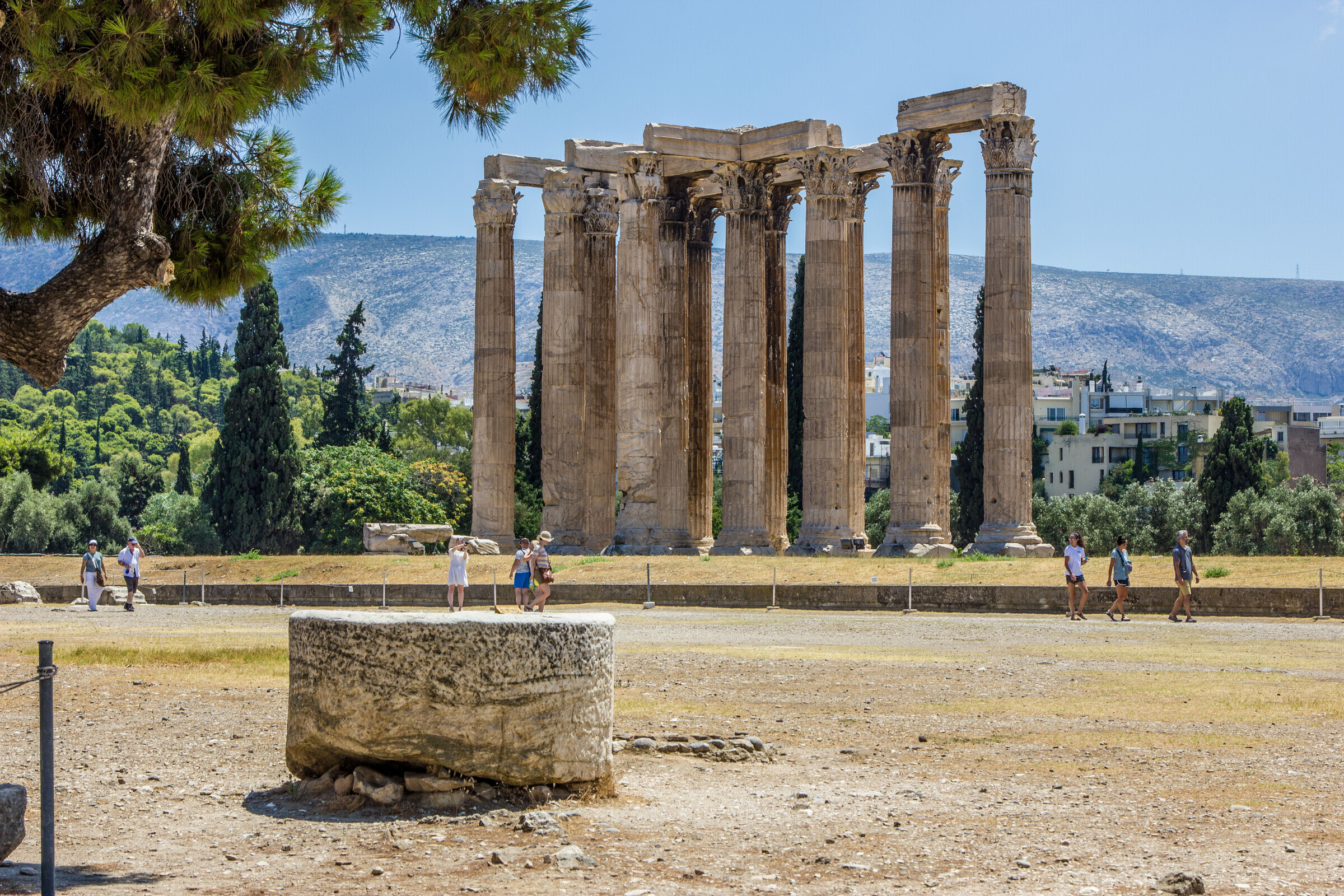 One of the must-visited places in Athens is the Theatre Of Dionysus.

The famous classical plays in Greek were played in the Theatre of Dionysus which is one of the famous Athens attractions. The orchestra was created initially here and was used for theatre plays and numerous performances to give an enhanced dramatic effect.

It was also used in the festival of the fertility god, Dionysus. Various contests were held in this theatre and it was quite popular among the people then. Plays of Sophocles, Aeschylus, etc were performed here and it was capable of accommodating approximately 17000 people in the audience. 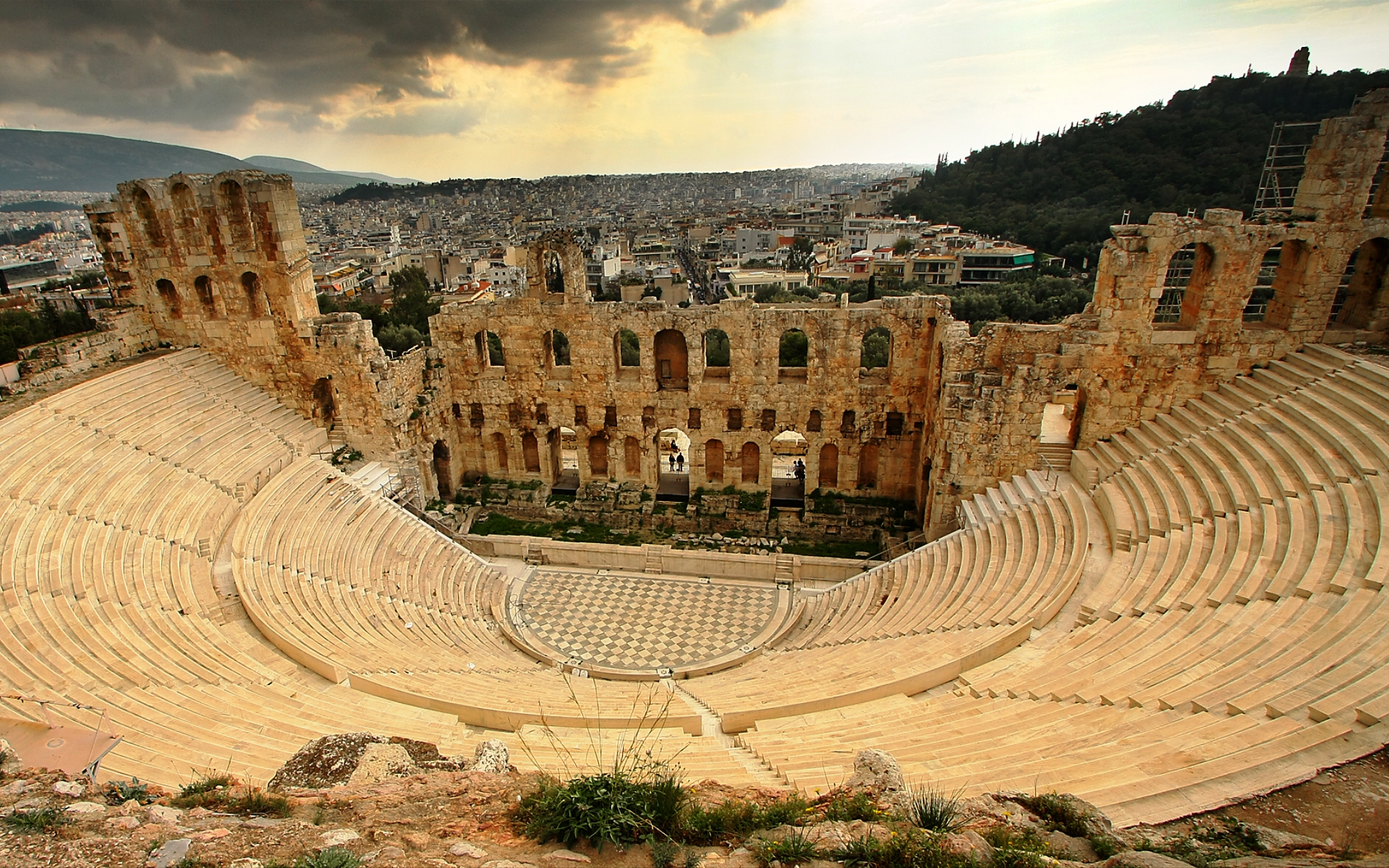 Preserving 1700 years of art and architecture Byzantine, it possesses a rich collection of objects from Cyprus, the Balkans, Greece, Russia, etc. It is also home to numerous frescoes, fabrics, and inscriptions from the churches. 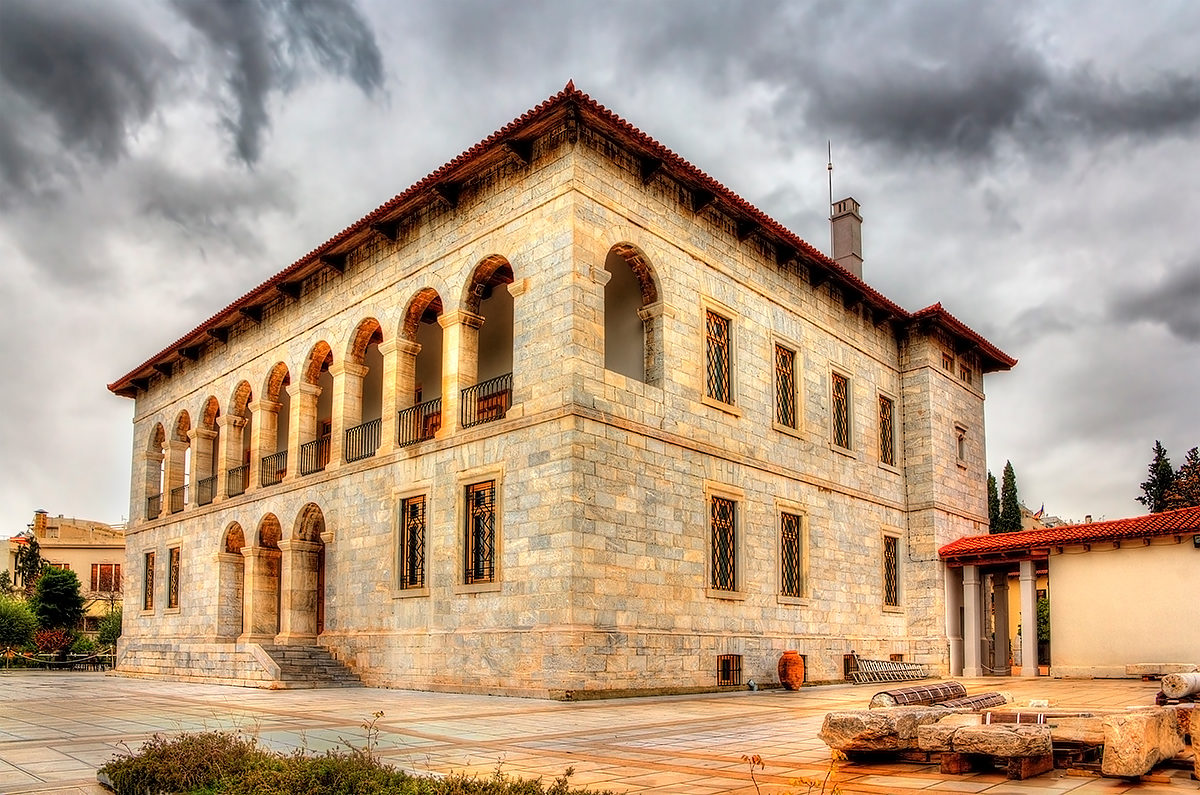 Hadrian’s library is one of the famous Athens sightseeing places and makes for one of the major attractions in the city. This is not only a library but also had music and lecture rooms along with a pool.

This library was constructed beautifully but has tarnished and damaged over time with the ravages and destruction caused on the site. However, it is still one of the places to be visited while on a vacation to Athens. 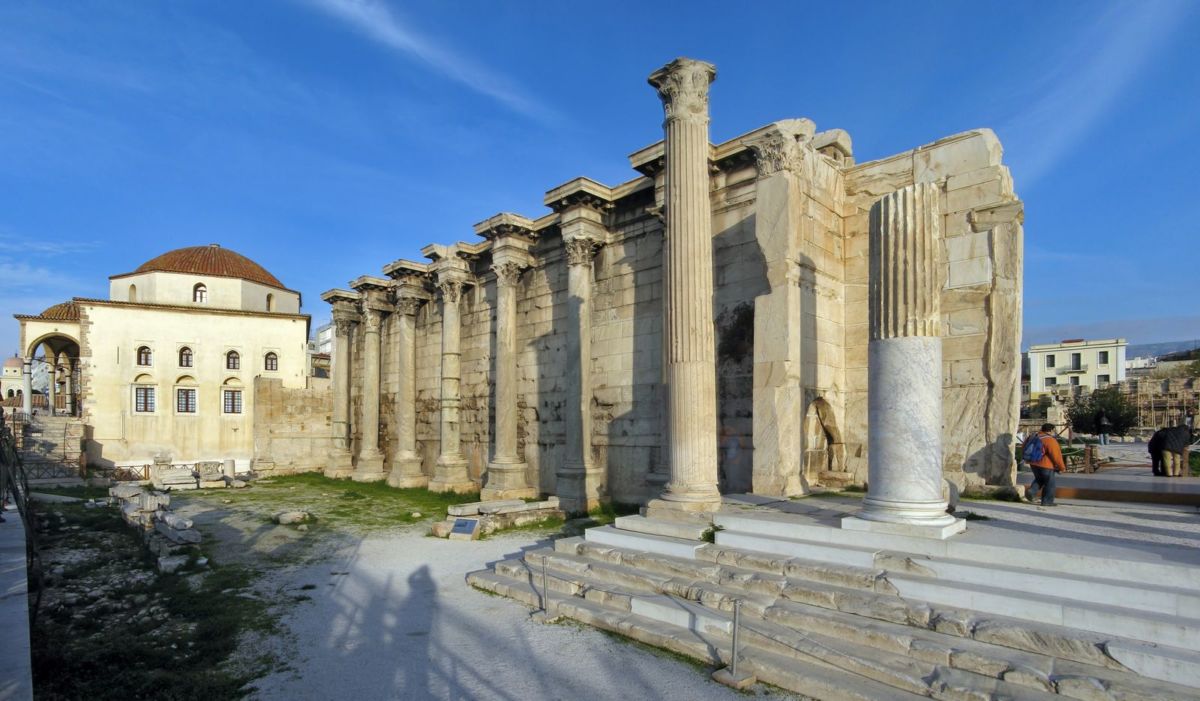 National Garden in Athens is one of Athens's best places and is worth a visit. You can spend a long time in this garden strolling under the shade and taking in the beauty of the place.

Witness the beautiful trees and flowers here along with the playful ducks in the duck ponds offering eternal happiness. Escape the hubbub of city life and rejuvenate in this garden with your family or partner. The National Garden in Athens used to be a private garden of the king and has an interesting history to explore. 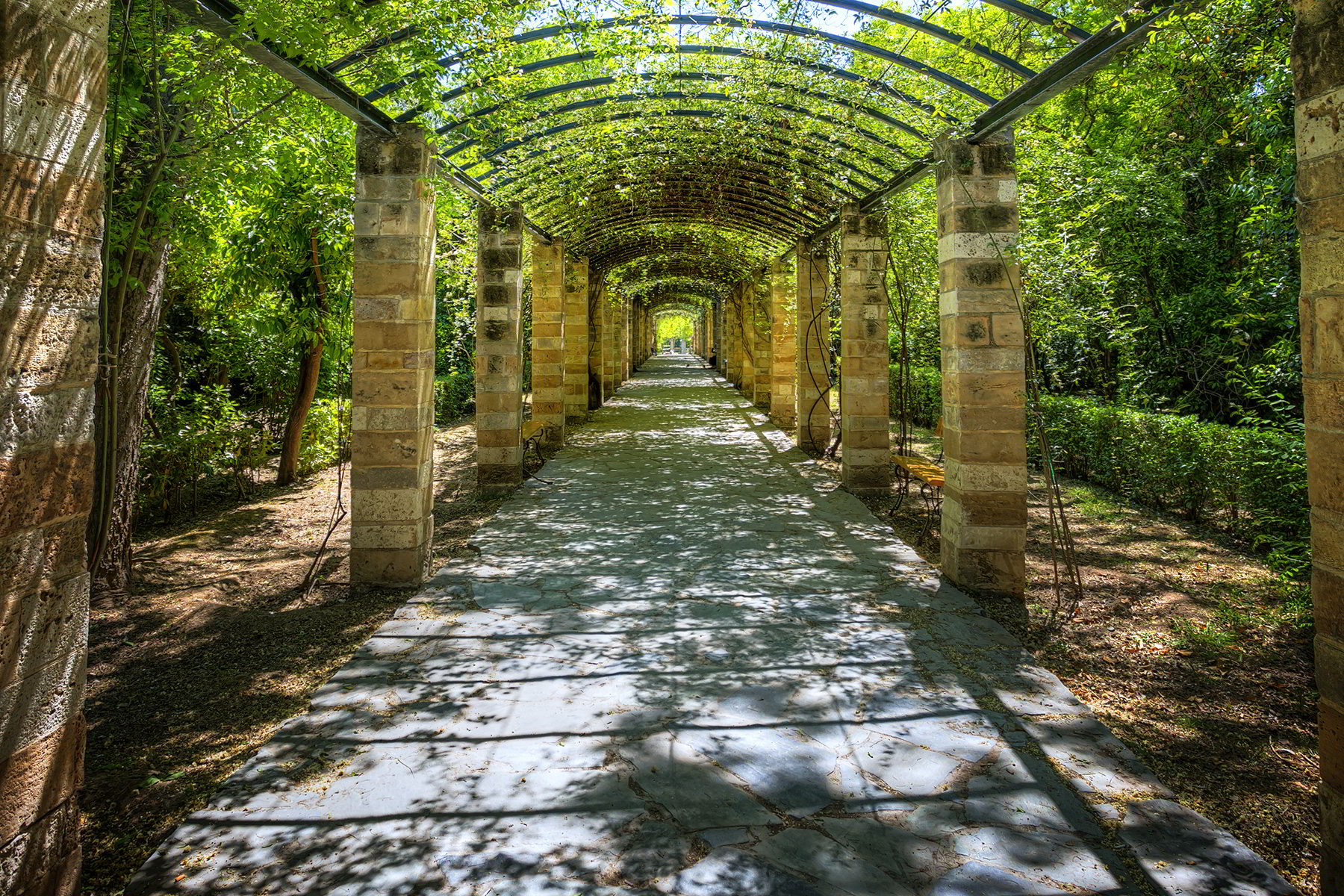 Plan your trip with Jintravel and enjoy every minute in Athens! Here are the best tours to Athens. 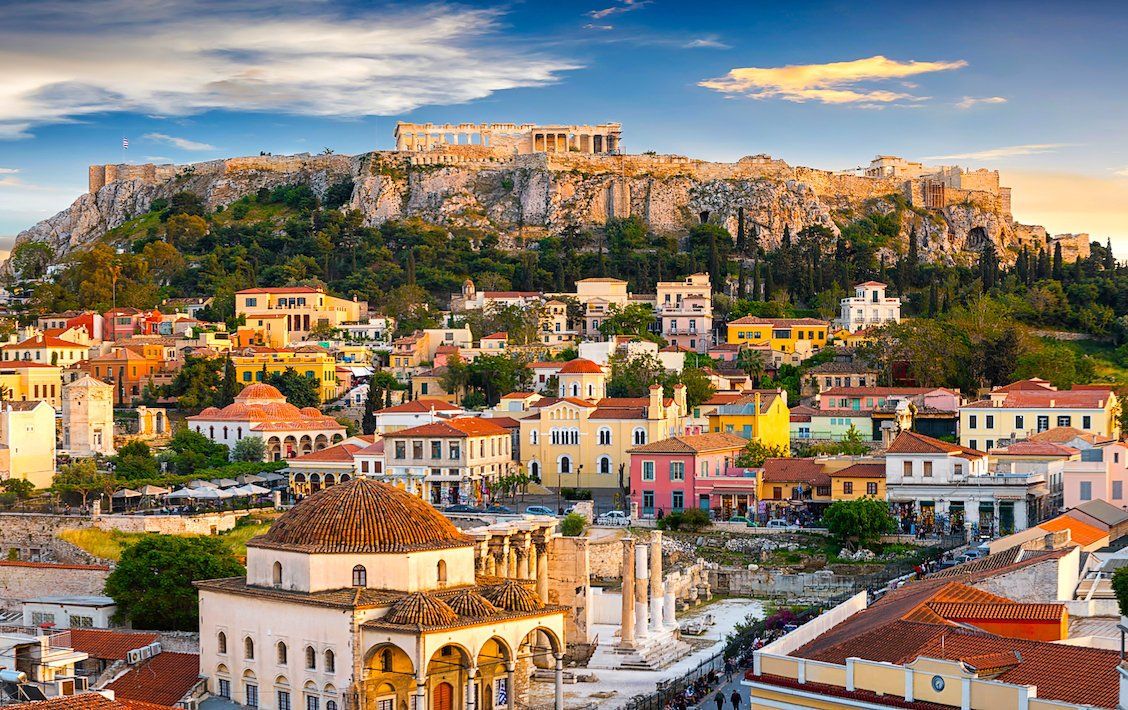