Casablanca, or Dar el Beida is the largest city in Morocco.

Casablanca or Dar el Beida is the largest city in Morocco. It has a population of more than 3 million people. It is the economic and business heart of the country. Casablanca is home to North Africa’s largest port and is the nation’s leading economic center.

With a beautiful coastline, one of the most magnificent mosques in all of Morocco, and mouthwatering restaurants, you'll have a great time exploring the city that was the muse of the 1942 romantic classic of the same name. 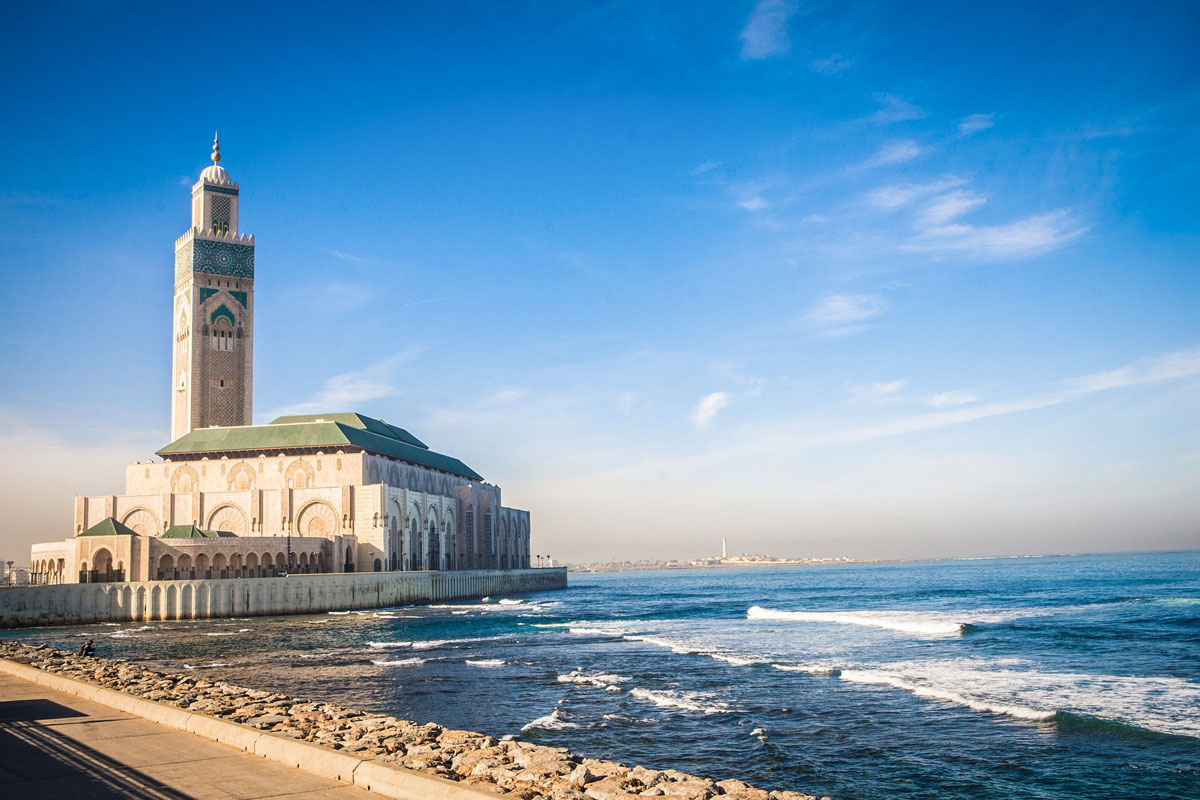 With a beautiful coastline, one of the most magnificent mosques in all of Morocco, and mouthwatering restaurant options, you’ll have a wonderful time exploring the city that was the muse for its namesake 1942 romantic classic.

The two official languages are Modern Standard Arabic and Amazigh (Berber). The second language for most Moroccans is French. You’ll also find that many people speak at least a little English.

Casablanca has a moderate climate, so you can visit year-round.

Wondering what sites to see in Casablanca? The following are some of the most popular attractions according to Jintravel 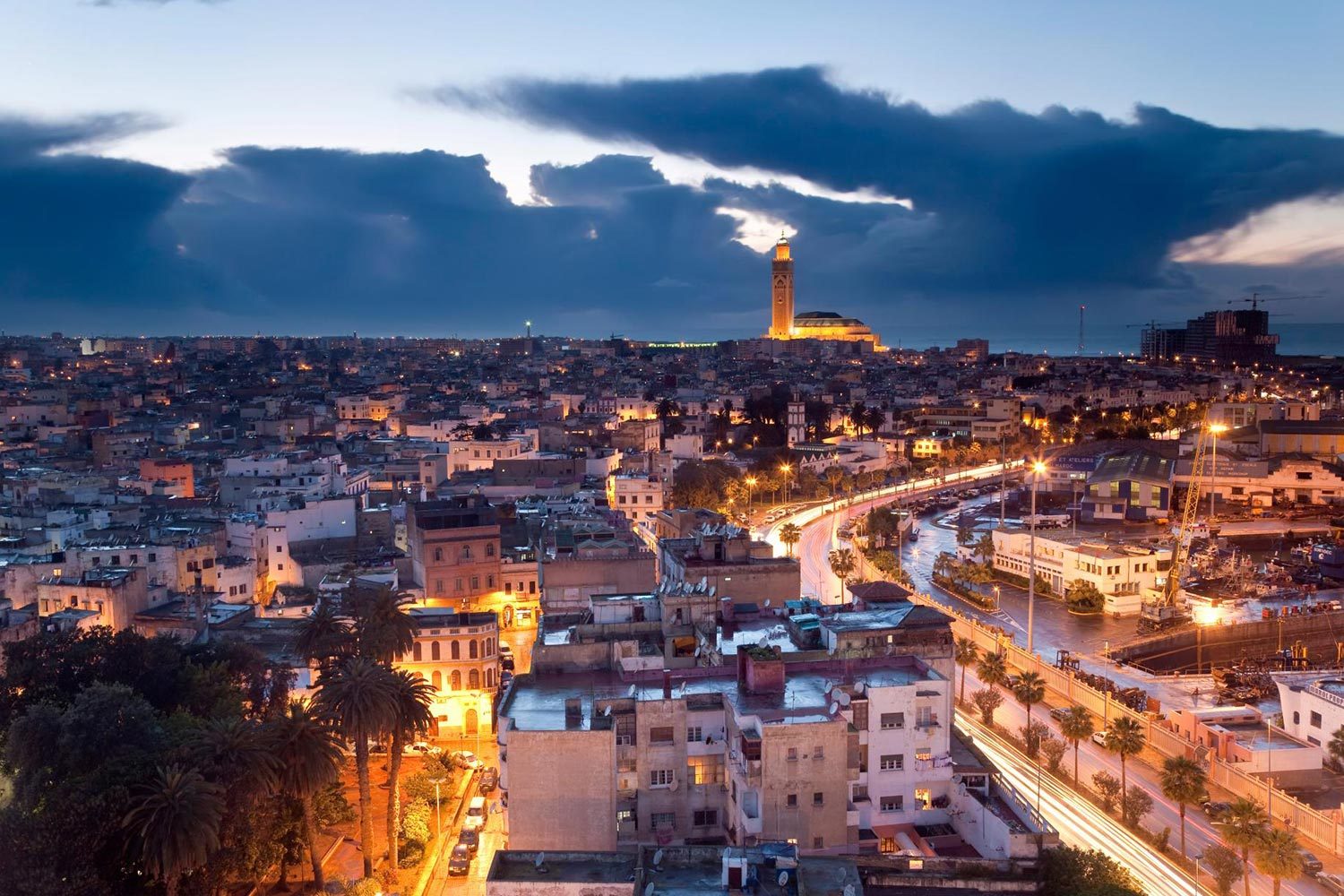 The landmark Hassan II Mosque, inaugurated in 1993, is the world’s second-largest mosque and a major tourist attraction in Morocco. It sits on the edge of the Old Medina on a promontory overlooking the Atlantic Ocean. The Islamic architecture features exquisitely crafted wood, marble, granite, and plaster accents. A glass floor reveals the ocean beneath. 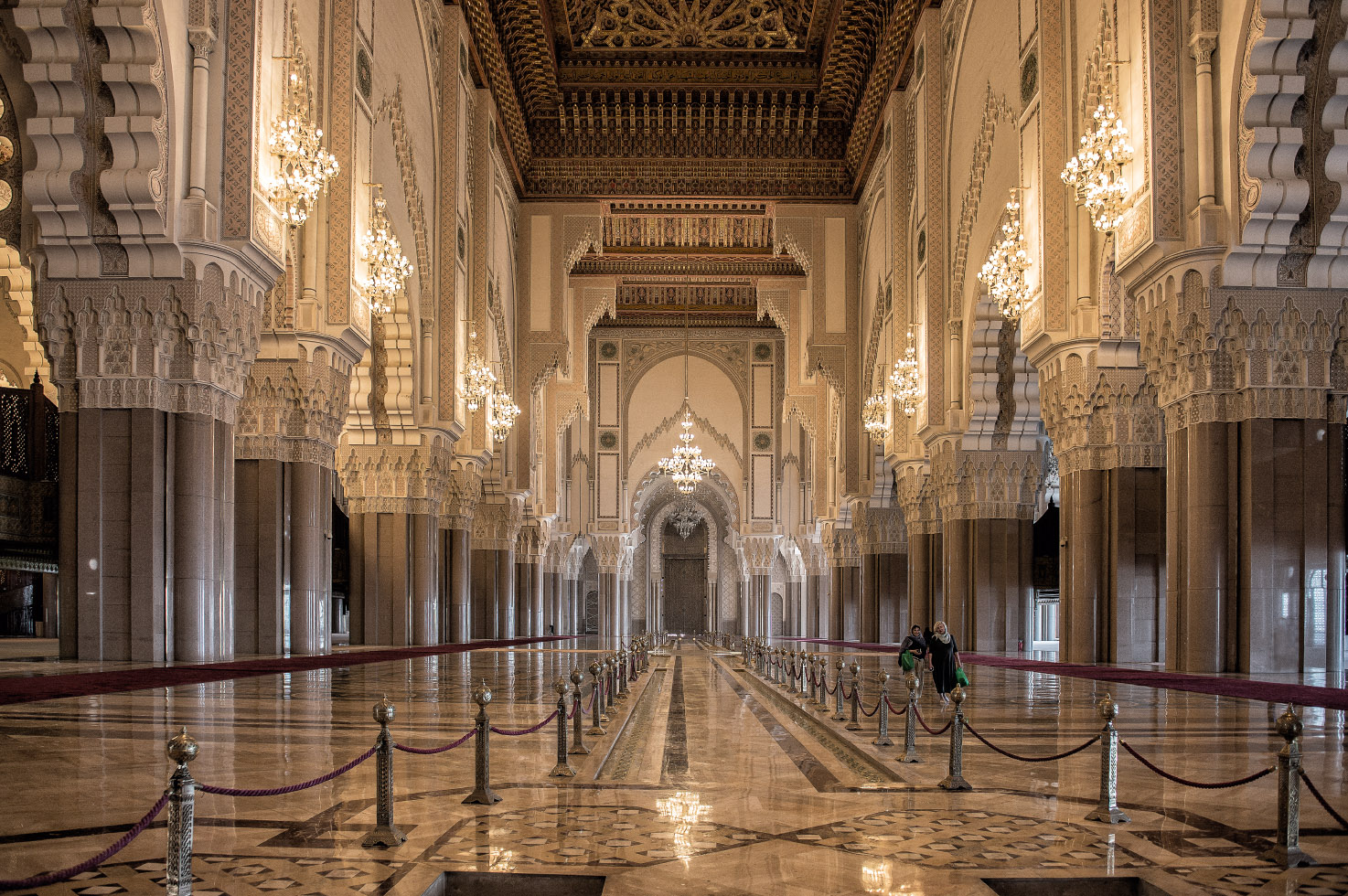 About 1km (0.5 miles) southwest of the center is the Quartier Habbous, built by the French in the 1930s, and a good place to buy souvenirs, pastries, and clothes. The Royal Palace is nearby, as is the popular Patisserie Bennis (2 Rue Fkih el Gabbas). The Maarif area, west of Boulevard M. Zerktouni, near the Twin Centre, has lots of smart new boutique shops.

Suggested to read: 10 Best Places To Visit In Morocco 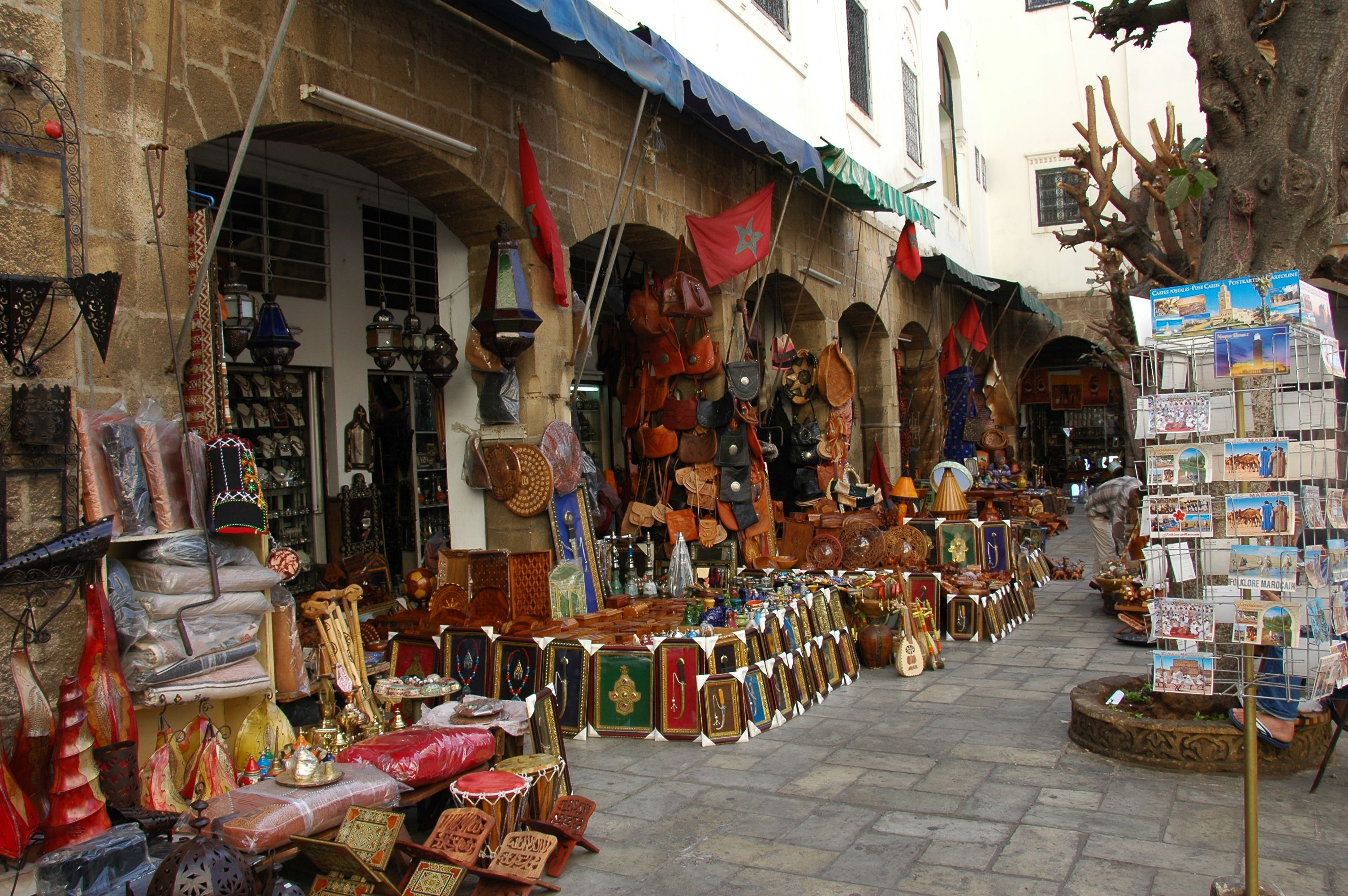 Not far from the Hassan II Mosque is La Corniche, a winding beachfront area in Ain Diab that is popular with locals and tourists. Restaurants, pools and beaches—both public and private—are the main attractions. It’s a great place for a scenic stroll any time of the day or evening. 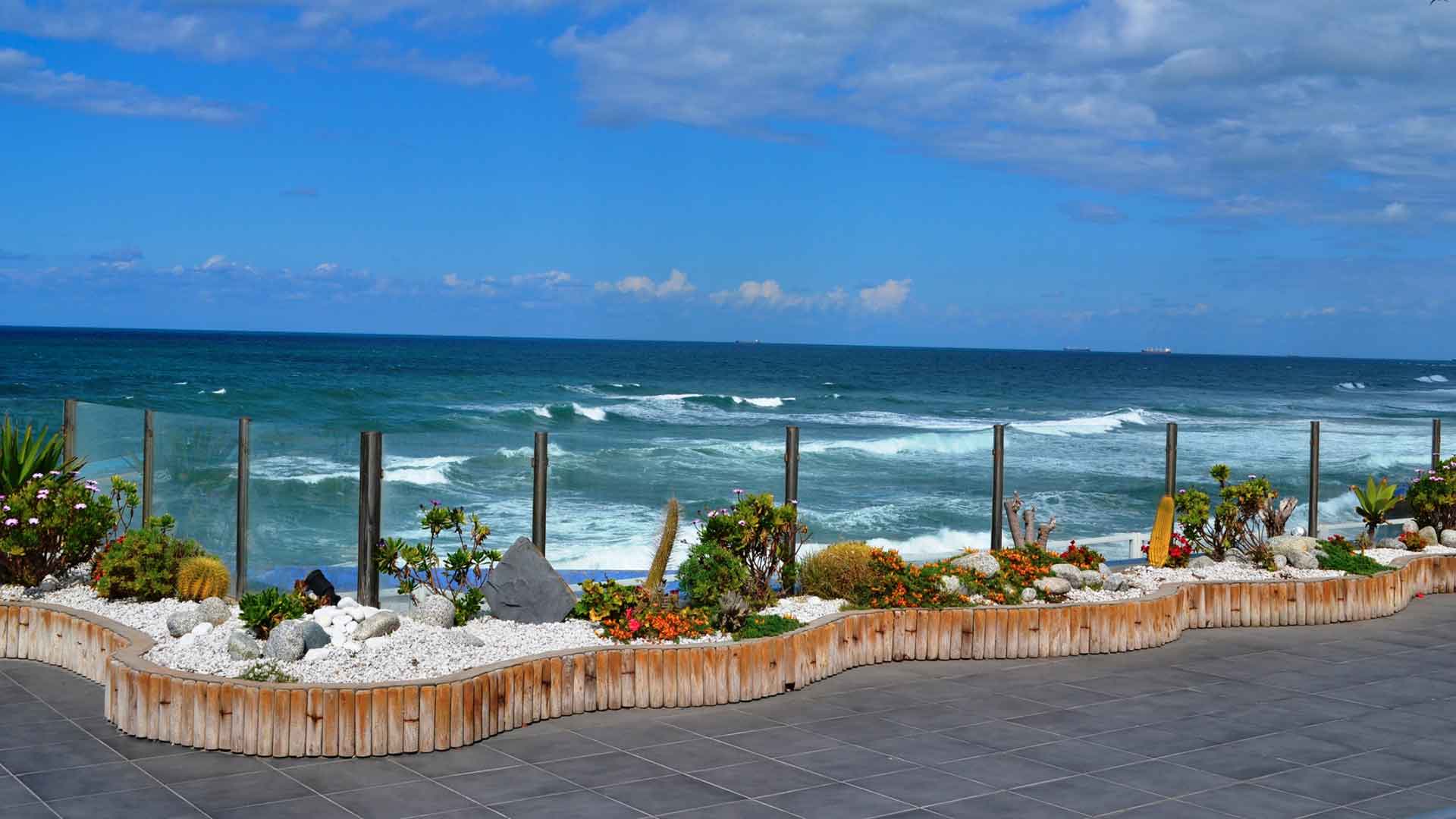 The city’s town square with a large fountain is a favorite gathering spot for locals. Surrounding the square are buildings notable primarily for their architecture: the historical Main Post Office, Palace of Justice, French Consulate, Prefecture, and Banque of Morocco. 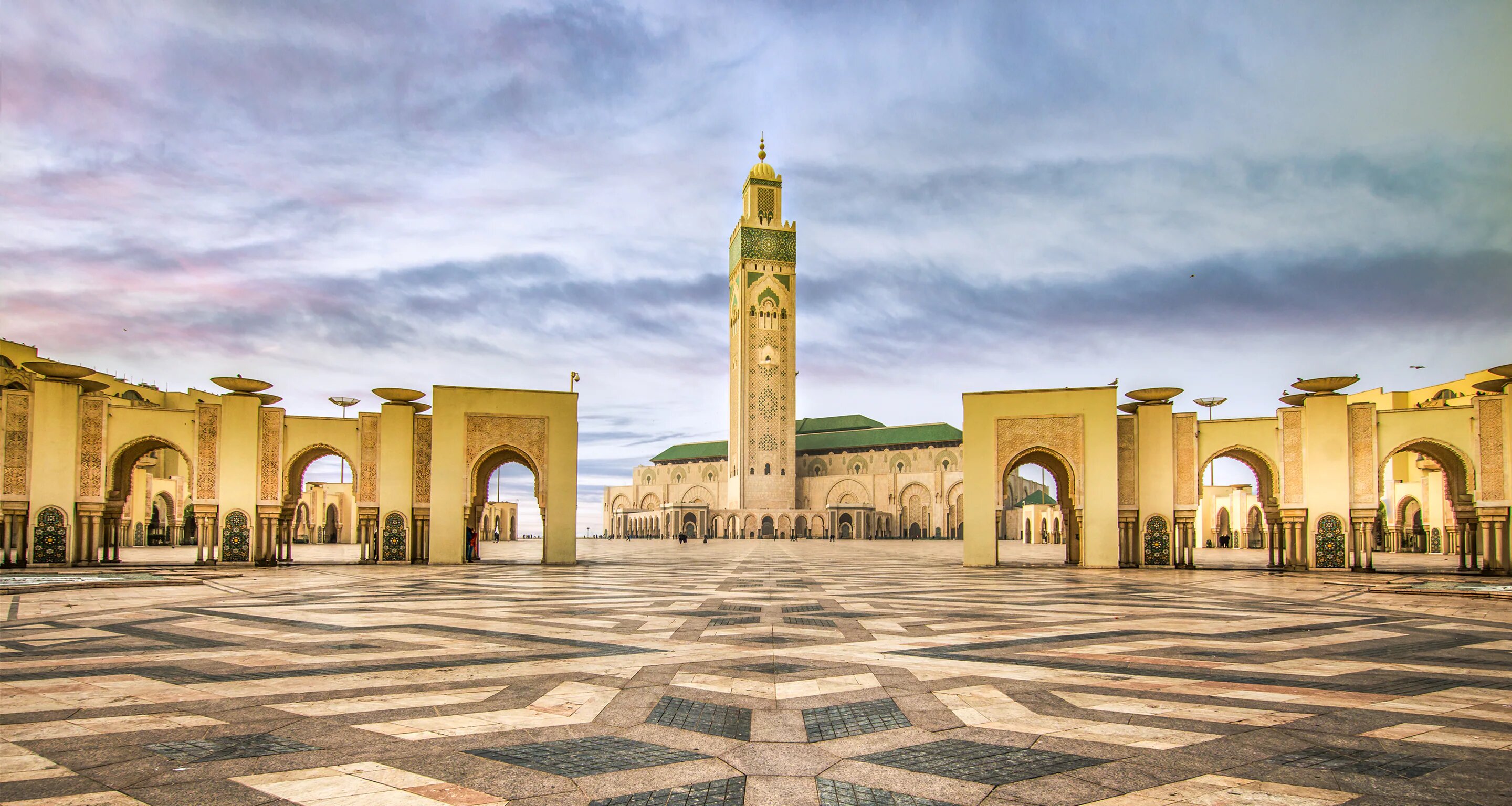 Located in a villa in the neighborhood of Oasis, Casablanca’s Jewish Museum offers a look at the history of Moroccan Jews. Although the museum is small and requires only a short visit, it does contain interesting artifacts and there’s much to learn. 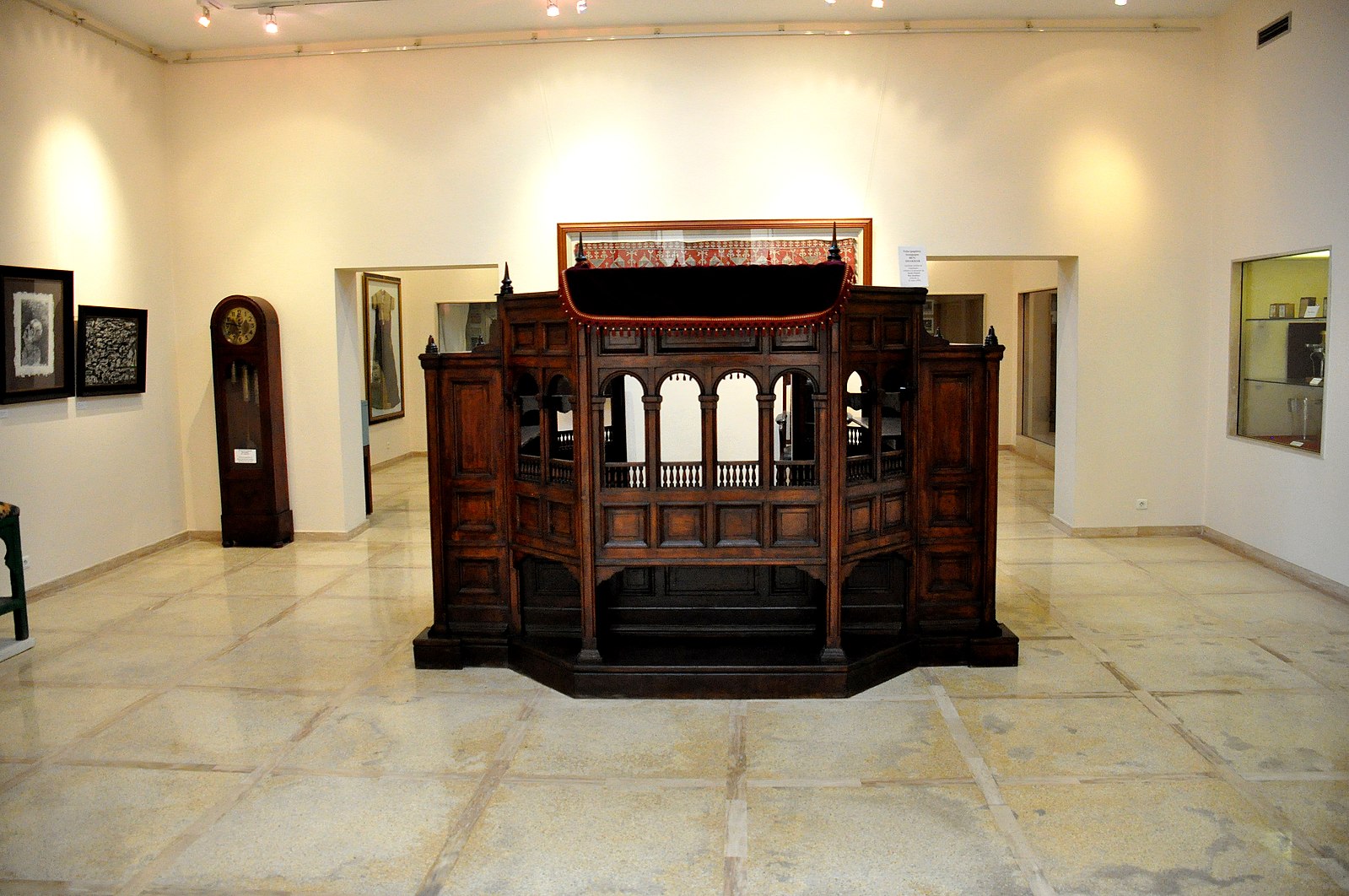 This large market full of stalls and shops is a busy place and a major shopping destination for Casablanca residents. You’ll find everything here from vegetables and fruits to street food and Moroccan cookware. But perhaps the biggest delight for locals is the fish market, where purchases can be brought next door and cooked to order. The market is accessible by the tramway, which you might find to be a fun way to get there. 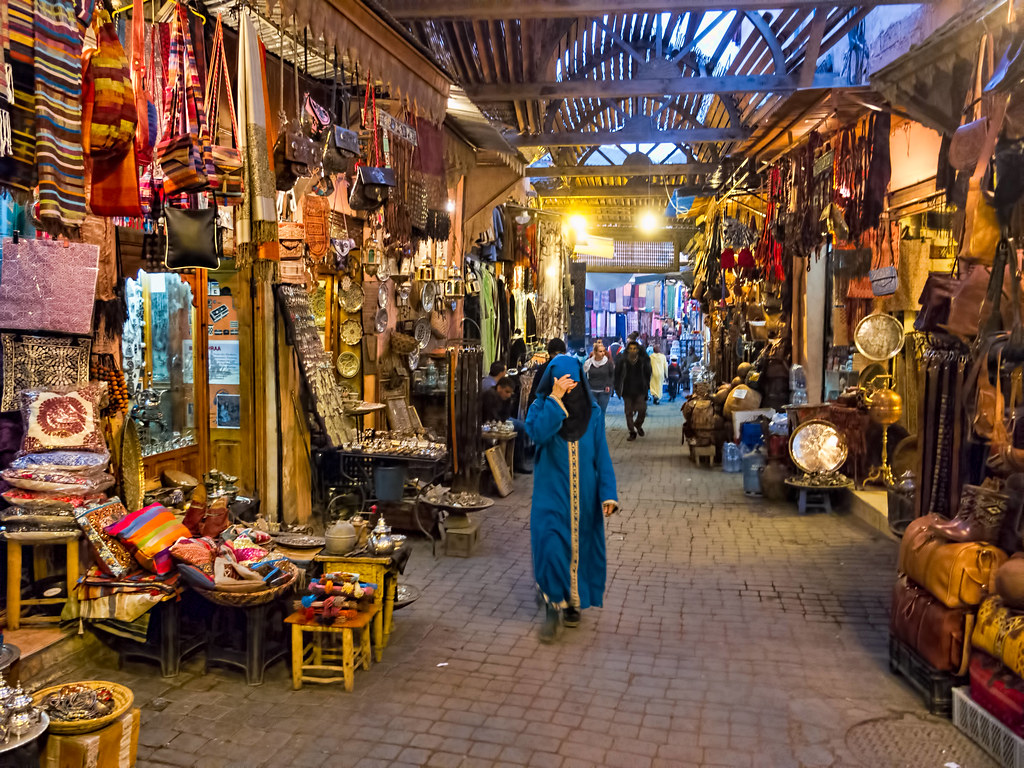 The Mahkama du Pacha is a parliamentary building holding Casablanca’s court of justice but also serving as a space for state receptions.

True to its name, this was also previously a residence for the Pasha (governor). The complex was built in 1941-42, and the design came from Frenchman Auguste Cadet (1881-1956), who played a key role in the development of the surrounding Quartier Habous.

One explanation for the palace’s appearance is that modern building materials were unavailable at the time because of France’s war effort, so the Mahkama du Pacha was constructed in the traditional style, brick by brick, using zellige (mosaic tilework), multi-foil arches, honeycomb stuccowork, cedar timber, and green tiles. 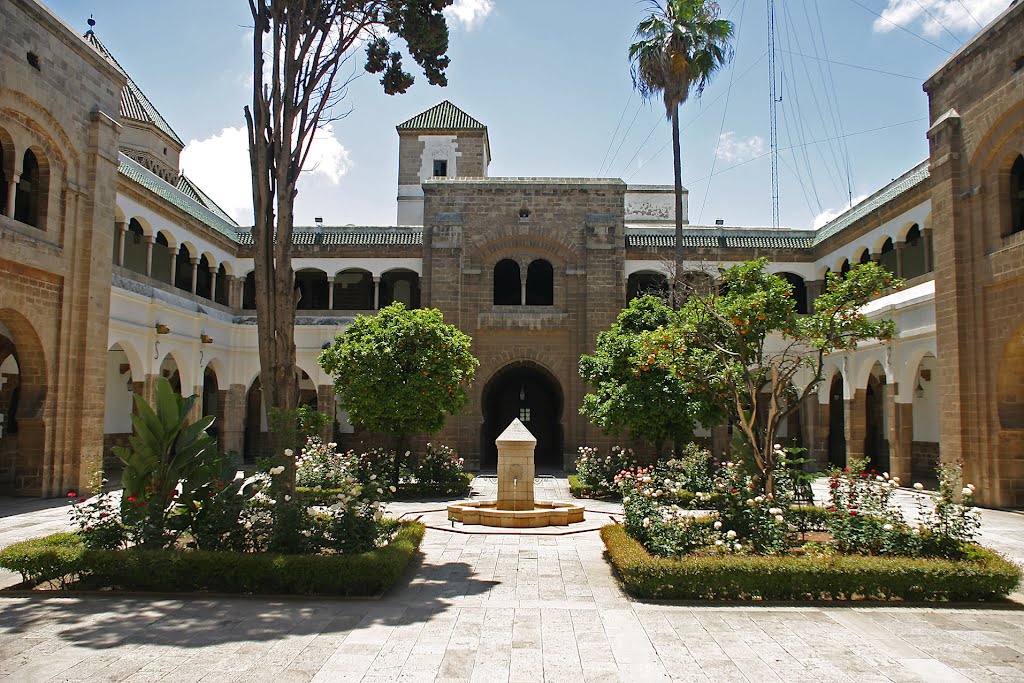 In true Moorish style, the interior courtyard has an octagonal fountain and fragrant orange trees.

It was reconstructed by Sultan Mohammed Ben Abdallah following an earthquake in 1755 and was then almost completely razed during the Bombardment of Casablanca by the French in 1907. The upshot is that this almost indecipherable district of scruffy intertwining streets holds less tourist appeal than its counterparts in Marrakesh and Fez, but merits a daytime visit for anyone who wants to see the real Casablanca. 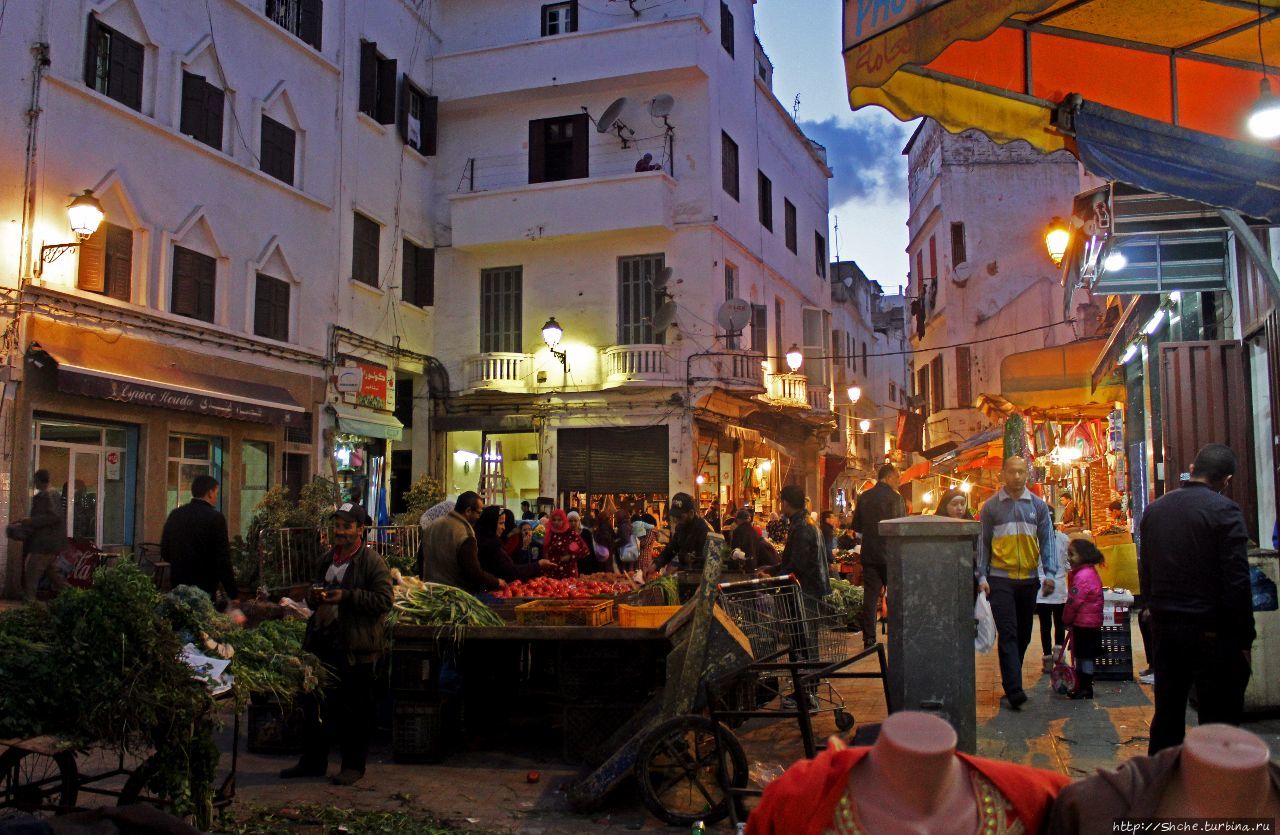 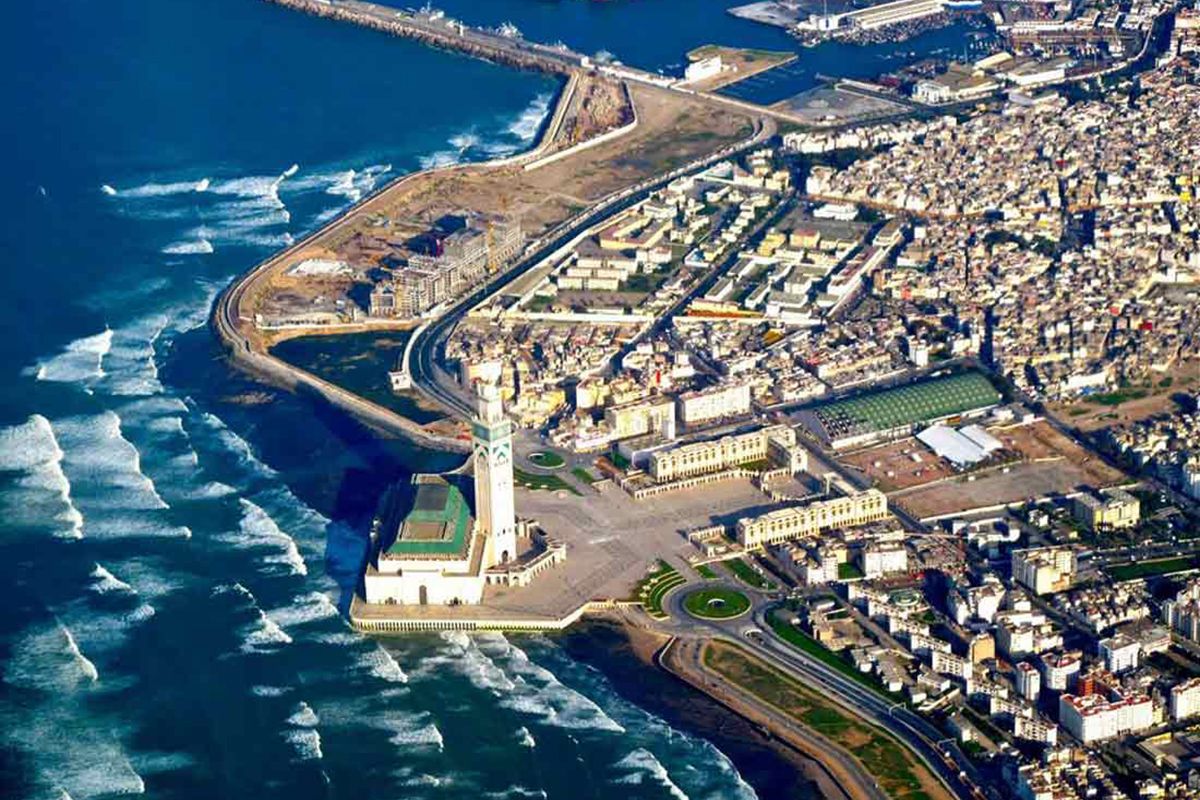