Israel is a beautiful, intriguing, and significant place to visit. From the wave-lapped beaches of Tel Aviv to the craggy peaks of Masada and the mirror-like expanse of the salty Dead Sea, Israel packs a lot of impressive scenery into its compact landscape.

Israel is a beautiful, intriguing, and significant place to visit. From the wave-lapped beaches of Tel Aviv to the craggy peaks of Masada and the mirror-like expanse of the salty Dead Sea, Israel packs a lot of impressive scenery into its compact landscape. Located on the Mediterranean Sea and bordered by Lebanon, Syria, Jordan, and Egypt, this Middle Eastern country is known as the biblical Holy Land by Jews, Muslims, and Christians. 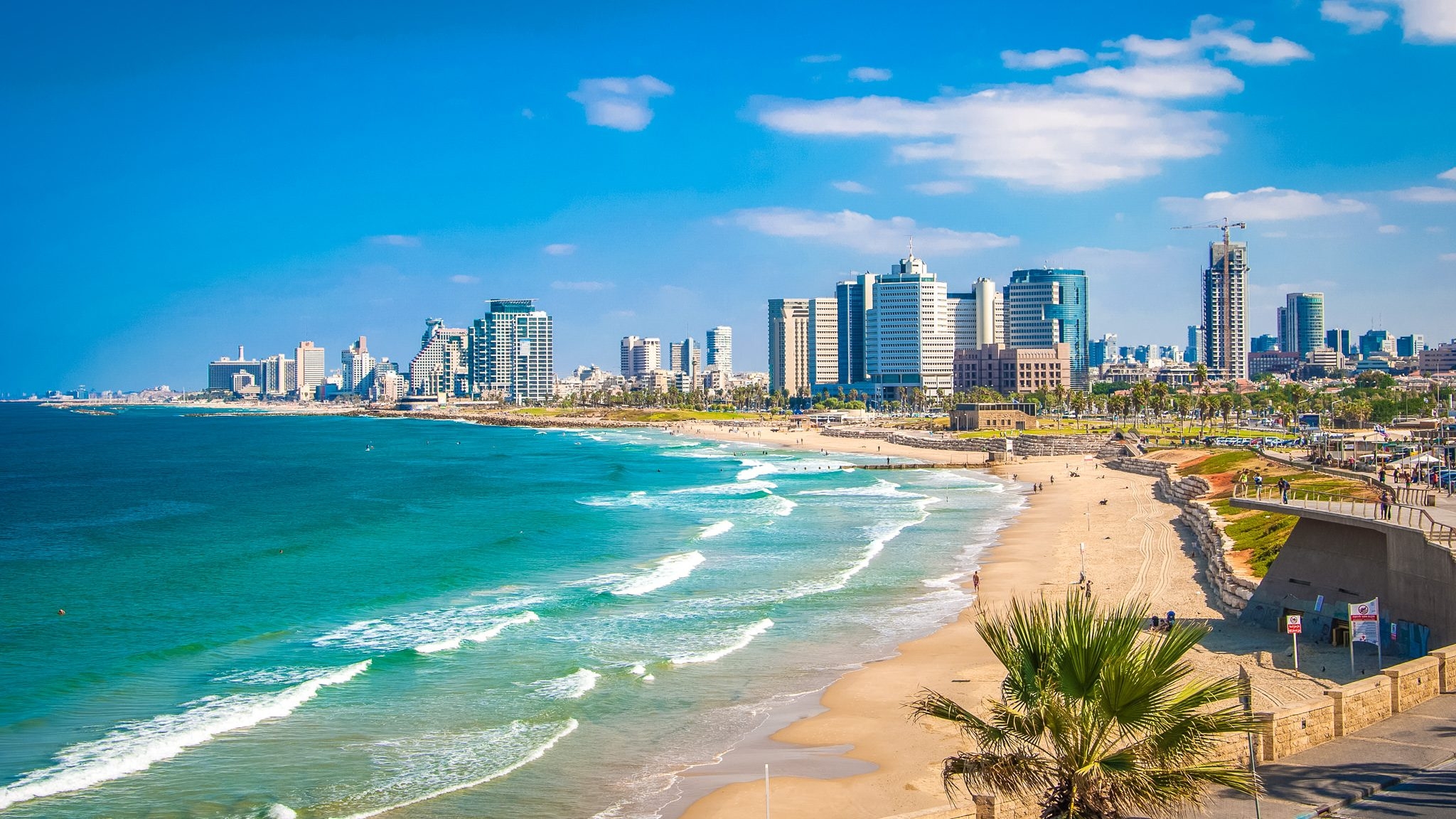 Here are the best 10 places to visit in Israel by Jintravel. Enjoy reading!

Jerusalem is a sacred place for 3 major religions: Islam, Christianity, and Jewish. As the of the holiest and oldest cities in the world is must visit place in Israel.

Jerusalem is also one of the world’s oldest cities. Located high in the Judean Mountains, Jerusalem was formerly inhabited by the Jebusite tribe until King David of the Israelites captured it 3,000 years ago and made it his capital city. 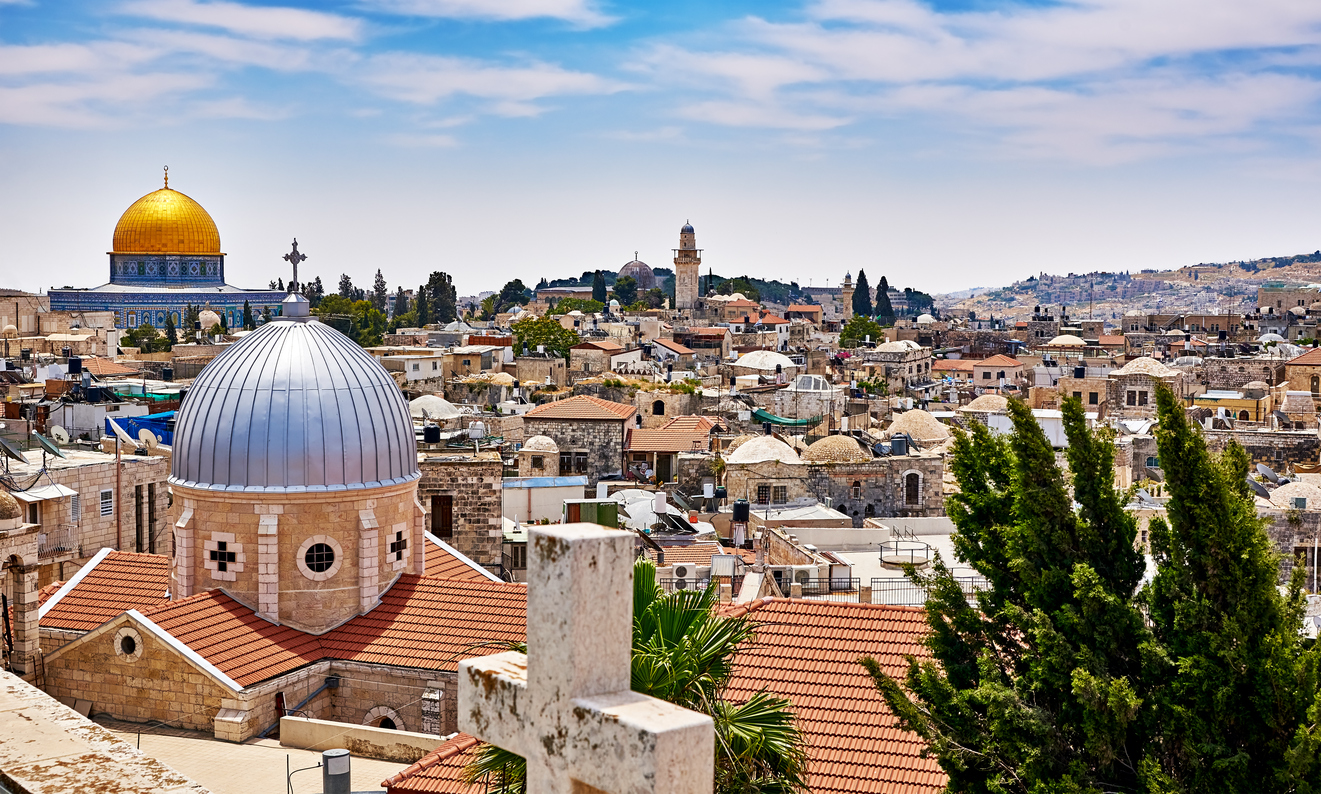 Here you can walk in Jesus’ footsteps on the Via Dolorosa’, pray at the Western Wall, see the Church of the Holy Sepulcher, where Christians believe Jesus is buried, and tour the Tower of David, a medieval citadel. Other important sites include the Dome of the Rock and the Al-Aqsa Mosque at the Temple Mount. Popular attractions outside the Old City are the Garden Tomb, Hezekiah’s Tunnels, Jerusalem Botanical Gardens, and the Biblical Zoo. 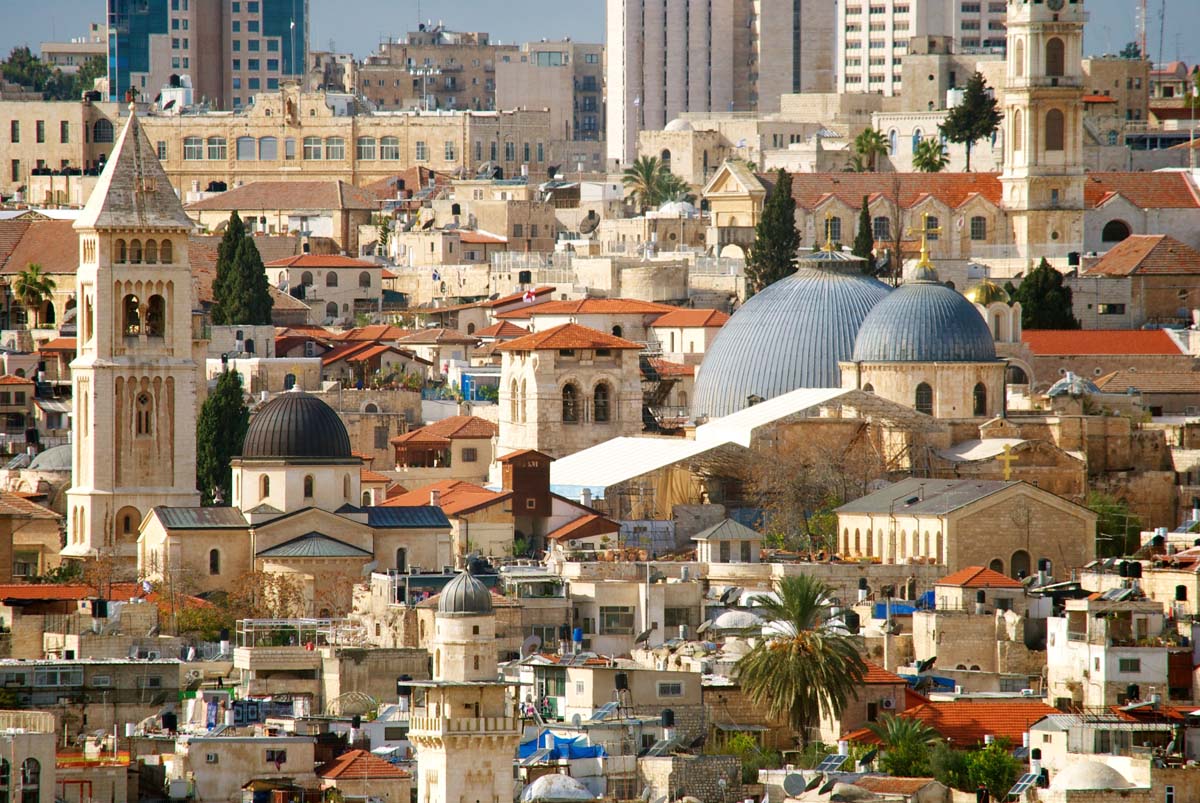 A 20-minute drive from the popular Red Sea resort of Eliat, the Red Canyon feels like another planet – Mars. When the sun hits, it illuminates red, white, and even yellow. With multiple routes, it caters to all kinds of walkers. Red Canyon is definitely must visit place in Israel. 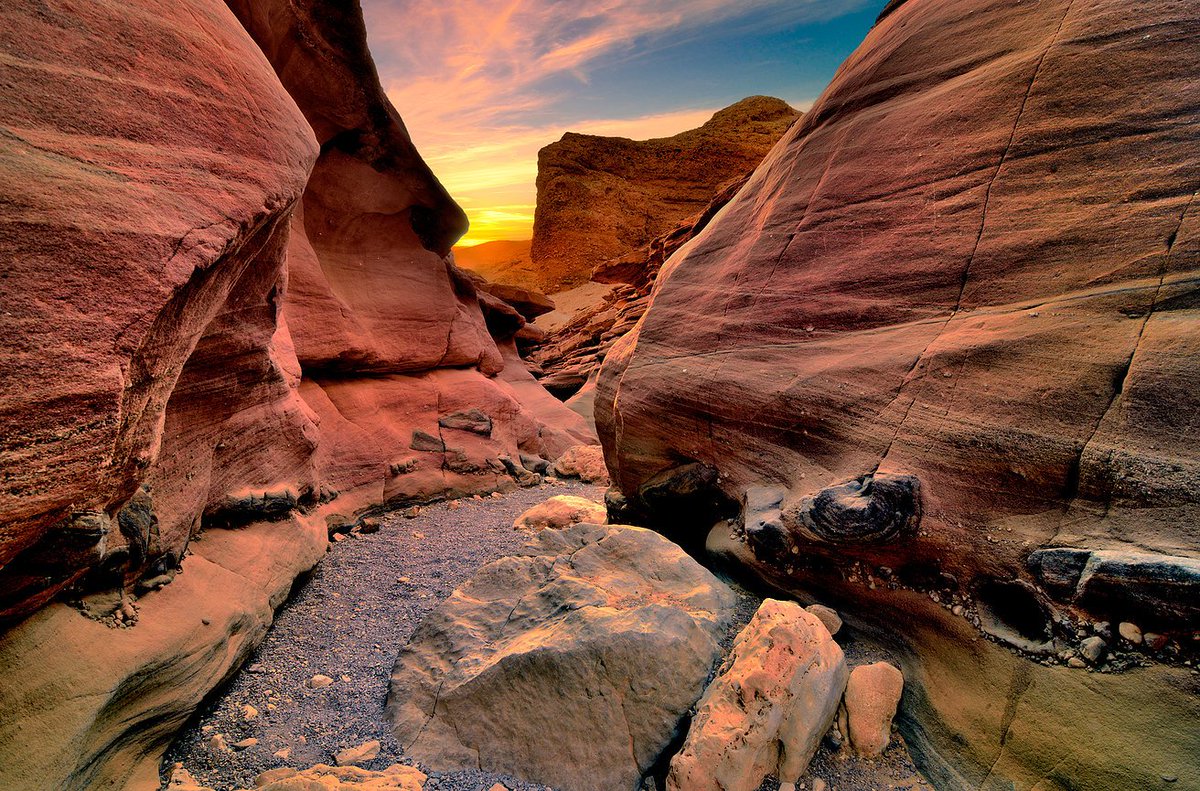 The third of our 10 must-visit places in Israel is Nazareth. Nazareth, the largest city in Galilee, is known as the Arab capital of the country because its residents are predominantly Arab citizens of Israel. Nazareth is a pilgrimage destination for Christians because the Bible says it was the home of Joseph and Mary and hence the childhood home of Jesus.

This ancient city is where the angel Gabriel appeared to tell Mary she would give birth to Jesus. Because of this, Nazareth is sometimes called the cradle of Christianity. Its Old City boasts the Church of the Annunciation, the largest Catholic church in the Middle East.

Must read: 10 Best Places To Visit In Morocco

Both ancient and new Caesarea is one of the must-visit places in Israel. It was founded by Herod the Great in honor of Caesar Augustus, who gave him the city. In 1952, it became the only city in Israel to be governed by a private corporation. Antiquities Park is where you’ll find ruins from Herod’s extensive building campaign.

The new Caesarea is modern and upscale. Maybe you’ll want to sunbathe on the sandy beaches, play golf or take in the annual jazz festival. 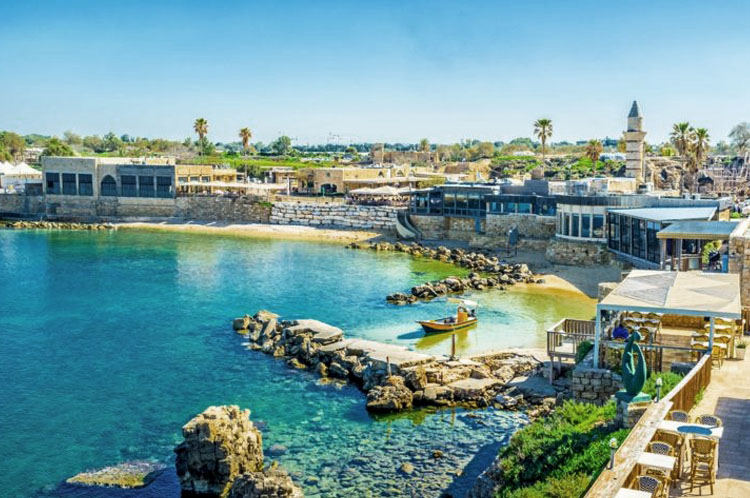 5) The Valley of Elah

The site of the battle between David and Goliath, this triangle-shaped valley – lush with green fields – provides a surprisingly gentle hike. Many visitors choose to come with a guide so they can hear the tale while touring the landscape. 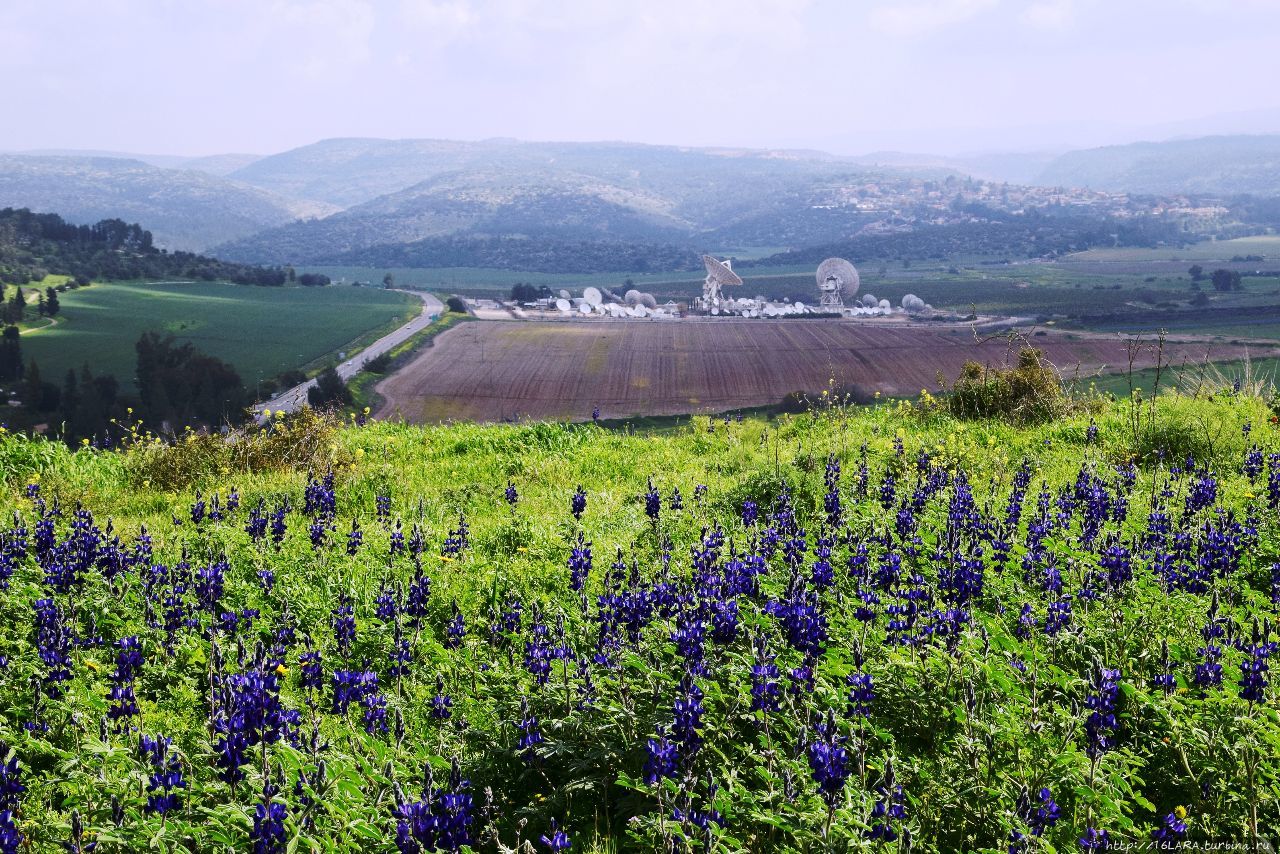 The capital and one of the best places to visit in Israel. With beaches, architecture, and historical sites, Tel Aviv is a well-rounded glimpse of Israel. Sharpen your bargaining skills at the Camel Market in the city center, go wild with the nightlife venues, and explore the alleyways in the neighborhood of Old Jaffa.

The neighborhood of Miraflores is prime for shopping (especially diamonds) and trying the trendiest bars and restaurants. Also check out the Beit Hatfutsot Jewish history museum, Yarkon Park, and the ornate architecture of the city’s mosques and synagogues 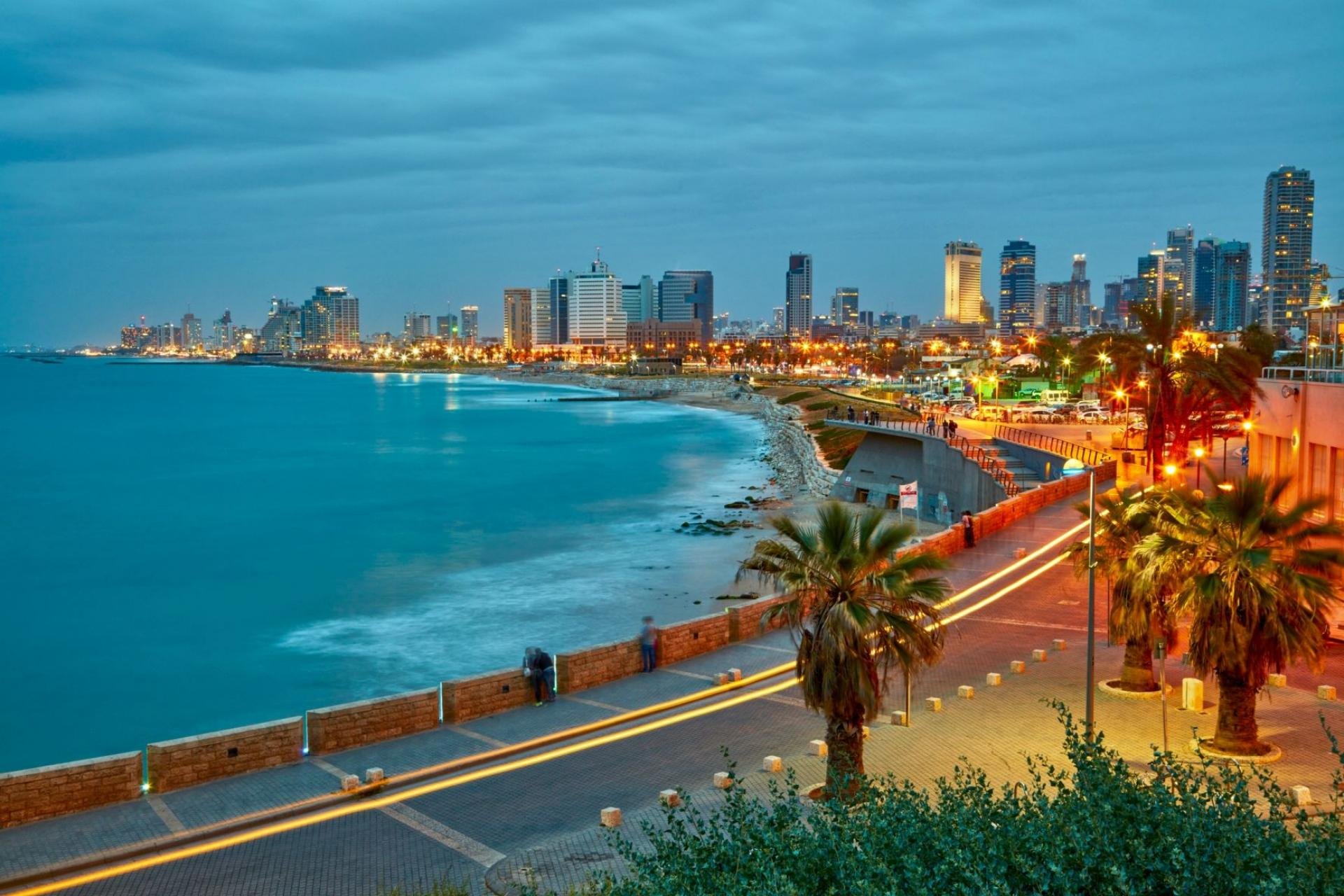 Located in Eilat, is one of the world’s best destinations for snorkeling and diving. Expect to see carpets of coral reef and schools of fish. For those who want to stay dry, head to the Underwater Observatory or one of Eilat’s pristine beaches set to the backdrop of granite hills.

Eilat is one of the best visit places in Israel. 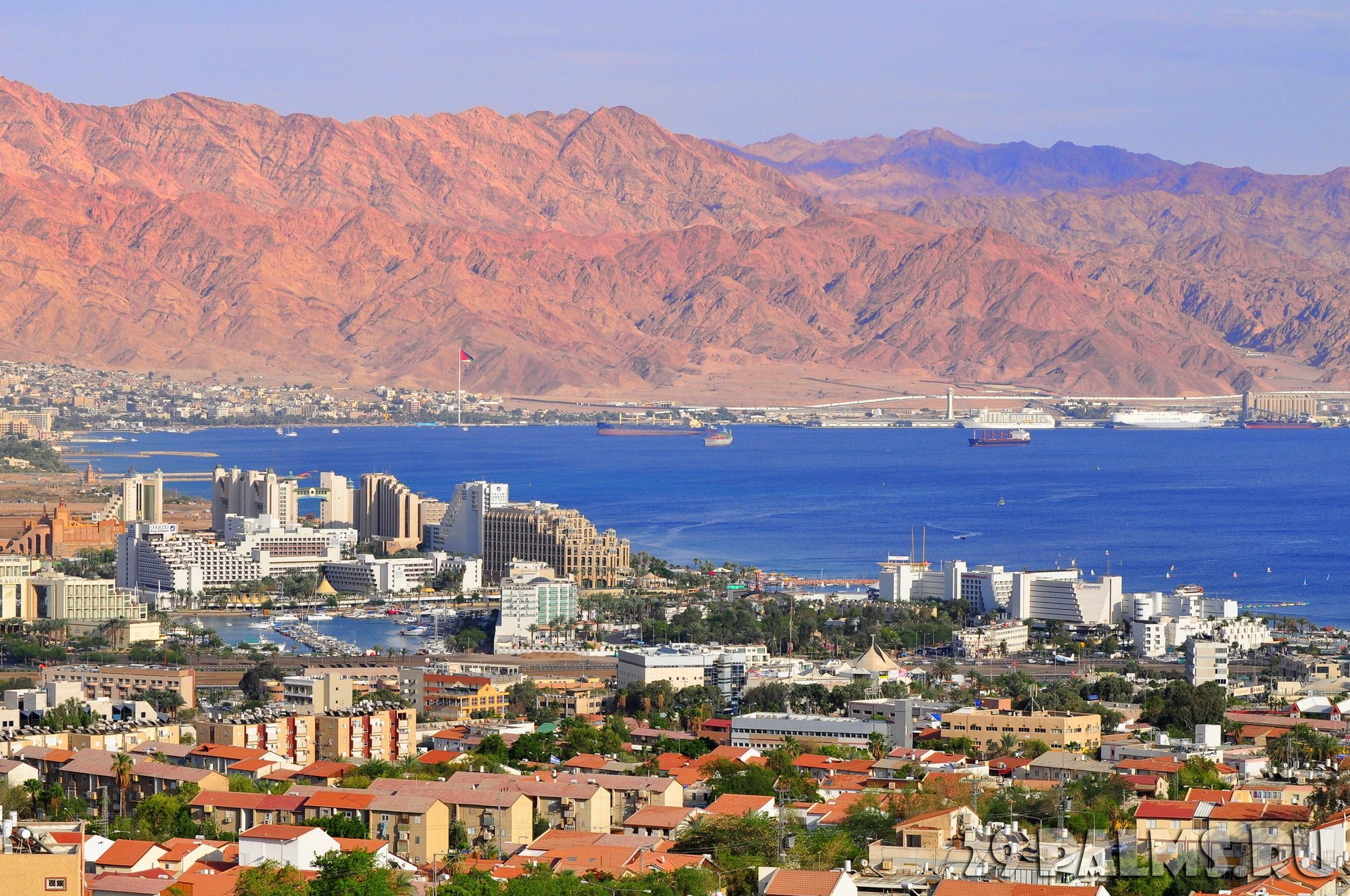 Tiberias is also on our 10 best places to visit in Israel list. On the western side of the Sea of Galilee in Tiberias, one of Judaism’s four holy cities and a popular vacation spot for Israelis and foreigners alike. Here, you can enjoy nearby hot springs, the Korazim National Park hosting an ancient synagogue, and a light show every evening that takes place on the Tiberias promenade.

Tiberias is also the main touch point for Lake Kineret, also known as the Sea of Galilee, where visitors can enjoy boating, fishing, kayaking, and windsurfing on the state’s largest lake. 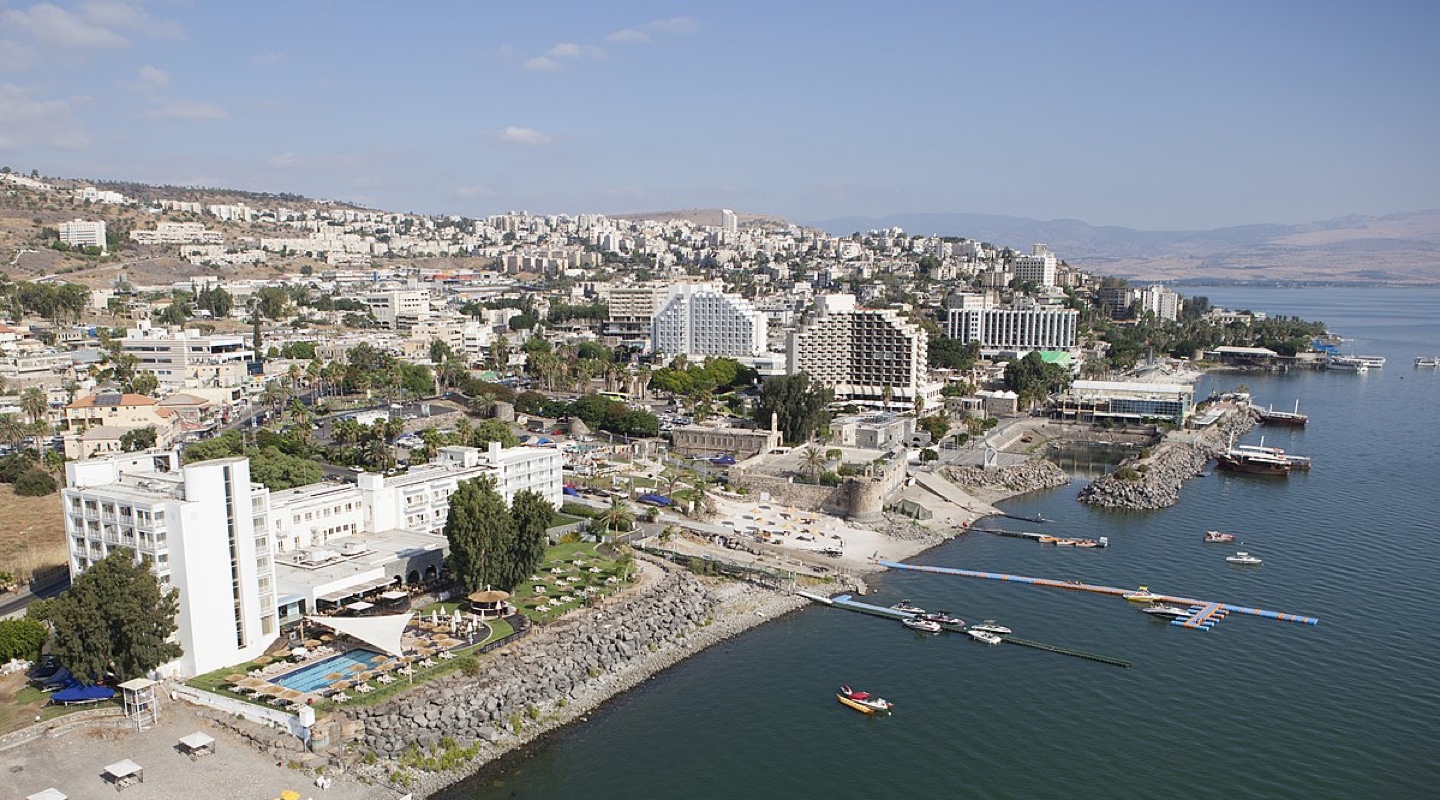 Safed is Israel’s highest and one of the sacred cities. Safed is home to a variety of colorful synagogues, mystics, and artists – who all feature their work at local galleries.

Recommended to read: 10 Best Places to Visit in Mykonos Greece 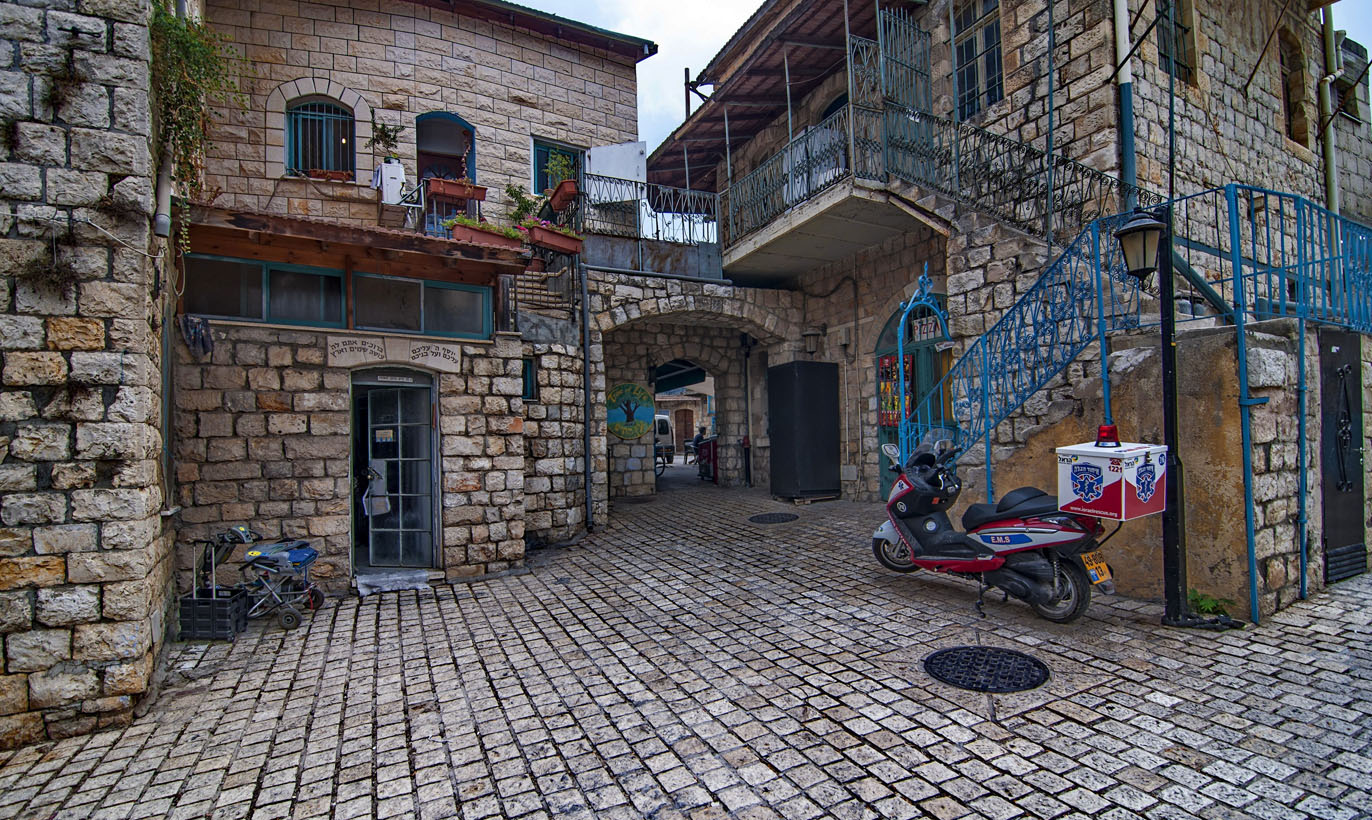 A lively beach town loved by tourists and locals alike, Ashdod is a modern area with a variety of spas, shops, and parks. Don’t miss seeing Ashdod Yam Park, the fortress at Metzuda Beach, and take a dip at Gil Beach. As a creative touch, Ashdod also hosts “The Eye of the Sun,” a quirky giant sculpture that is illuminated by colorful lights every night (though many visitors claim it just looks like a crashed flying saucer). 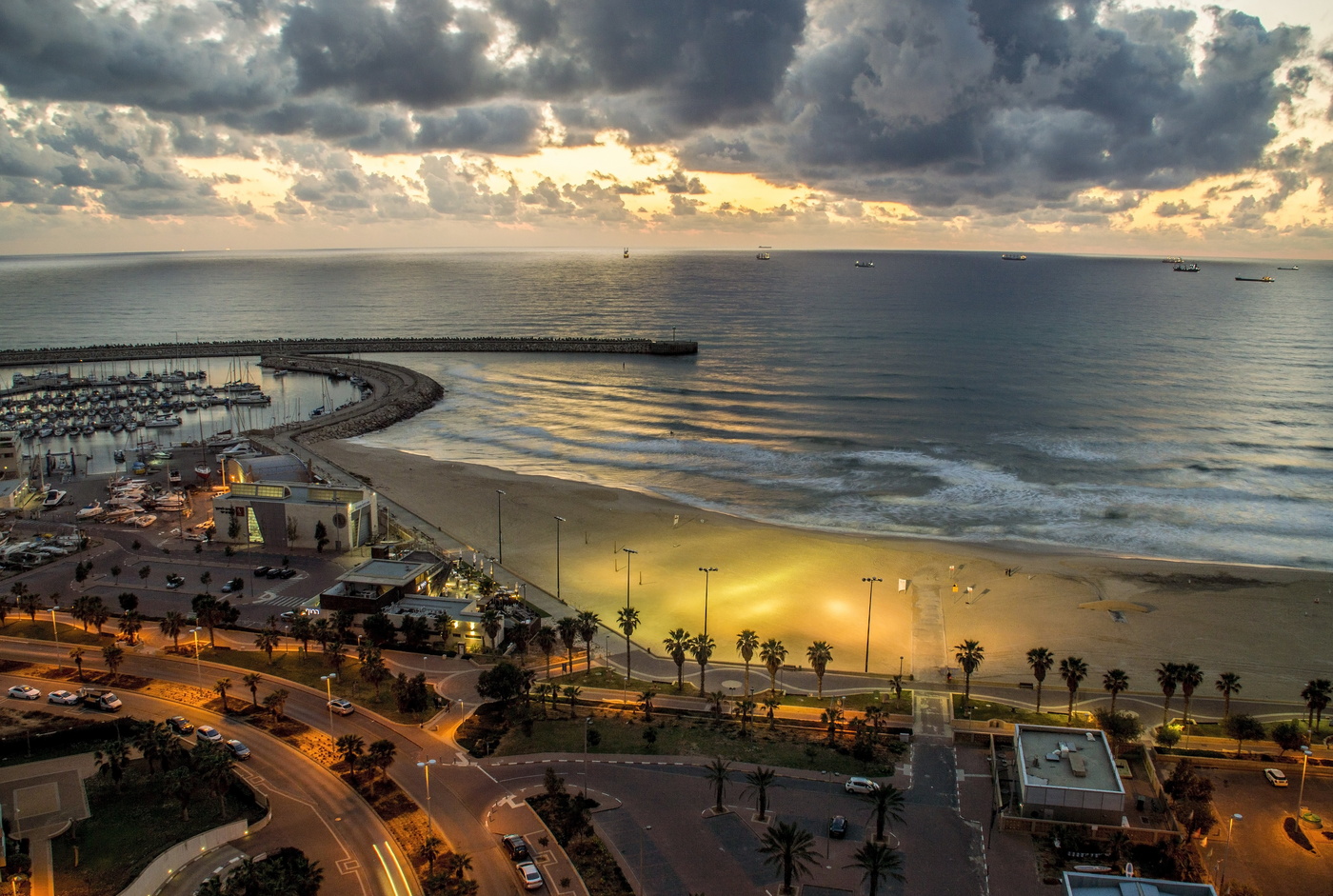 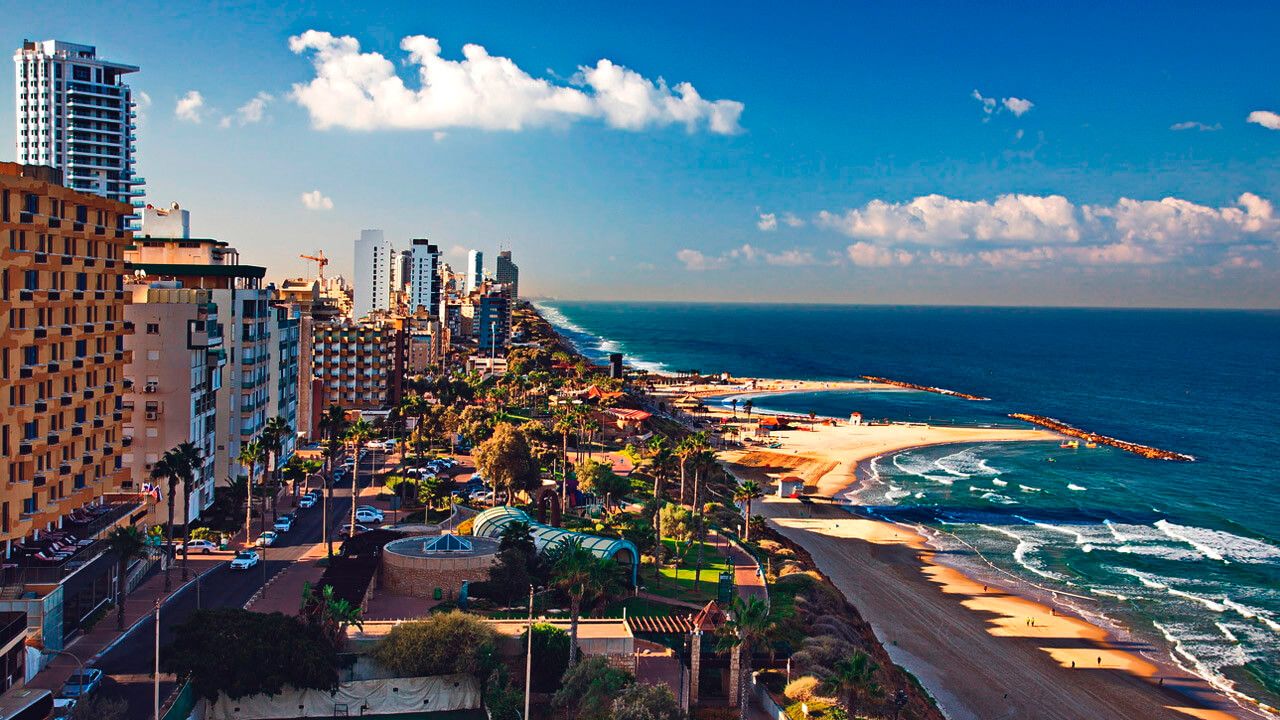