Gabala is located in the foothills of the Greater Caucasus, in the gorge of the Bazar-Yurt and Tufan mountains. Tourists will find here everything they need for a good rest. The mountain air is intoxicating, beautiful rivers, waterfalls, and lakes are pleasing to the eye. That’s why Gabala is often called "Azerbaijani Switzerland".

Spend a day in the ancient capital, see the Seven Beauties waterfall and ride the cable car.

Gabala is one of the ancient cities of Azerbaijan with beautiful nature. Gabala was for 600 years the capital of ancient Caucasian Albania. About it was mentioned in the works of antique historians of the 1st century. Later in the Arabian sources, it was mentioned as Khazar. 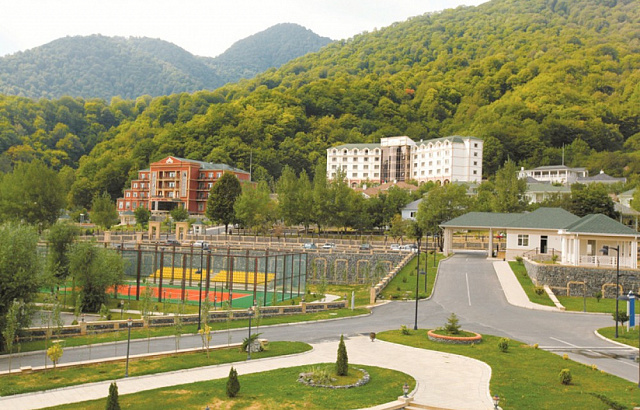 At first, Gabala was a part of Shirvanshahs state and later Sheki khanate. The city was repeatedly exposed to devastating invasions. But, despite this Gabala has preserved material evidence of its civilized past. The ruins of ancient Gabala are 15 km from the present-day city. The excavation finds from the ancient settlement can be seen in the city museum. Gabala vicinities have numerous historical and architectural monuments.

Gabala is located in the foothills of the Greater Caucasus, in the gorge of the Bazar-Yurt and Tufan mountains. Tourists will find here everything they need for a good rest. The mountain air is intoxicating, beautiful rivers, waterfalls, and lakes are pleasing to the eye. That’s why Gabala is often called "Azerbaijani Switzerland". 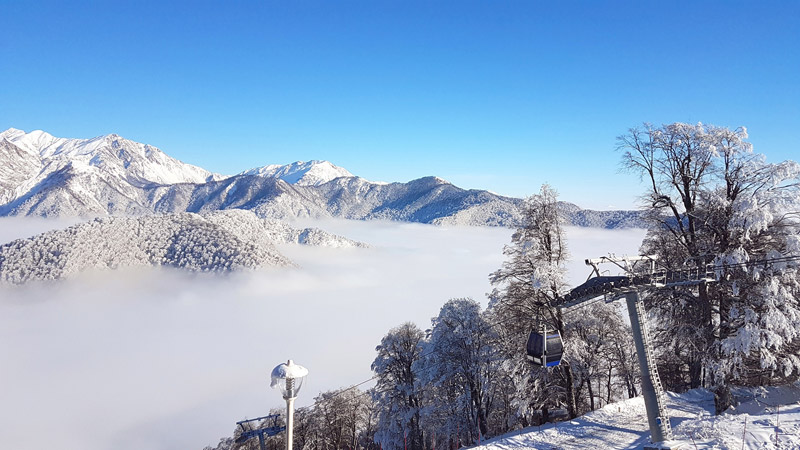 Gabala is located just a few hours away from Baku.

The nature of Gabala fascinates with its beauty. It is not surprising that tourists from all over the world come here.

There are a lot of interesting places to visit in Gabala. Here are the 5 must-see places in Azerbaijani paradise, Gabala. 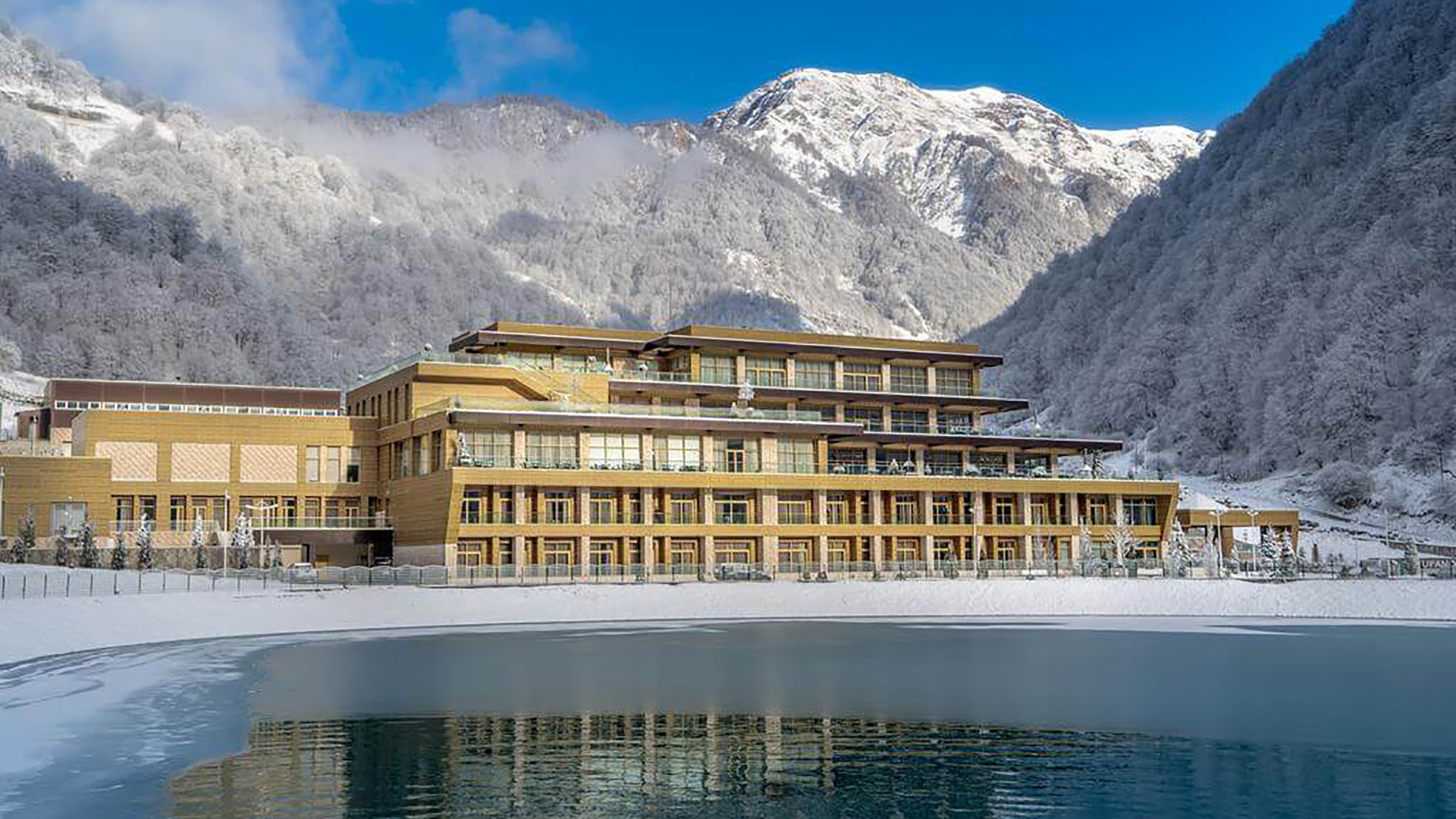 Gabala Shooting Club is part of the Gabala Sports Club, a world-class facility that prepares the athletes for the national teams of Azerbaijan in shooting, boxing, karate, taekwondo, soccer, and judo.  With cottages and an excellent onsite restaurant, the center is also well placed to cater to tourists wishing to simply relax in fabulous natural surroundings. It hosted stages of the Shooting World Cup between 2014 and 2016 – and unparalleled target shooting experiences to the backdrop of the Caucasus Mountains. The territory of the shooting club has a green open space and a blooming garden. 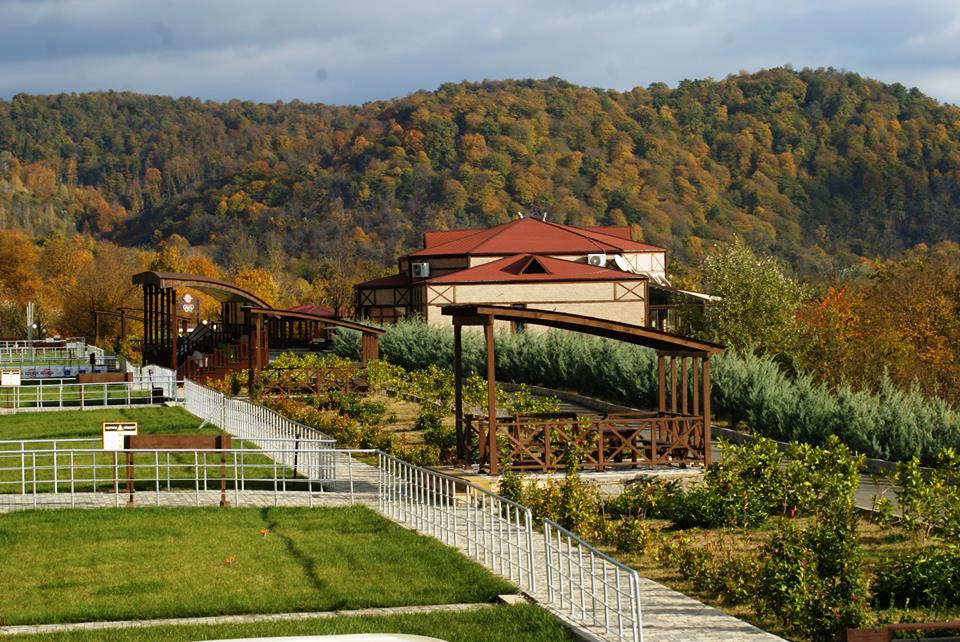 The “Yeddi Gozel Waterfalls” are located at the foot of the mountain, in a mountainous area with dense forests. Thousands of tourists come to see the waterfall every year. 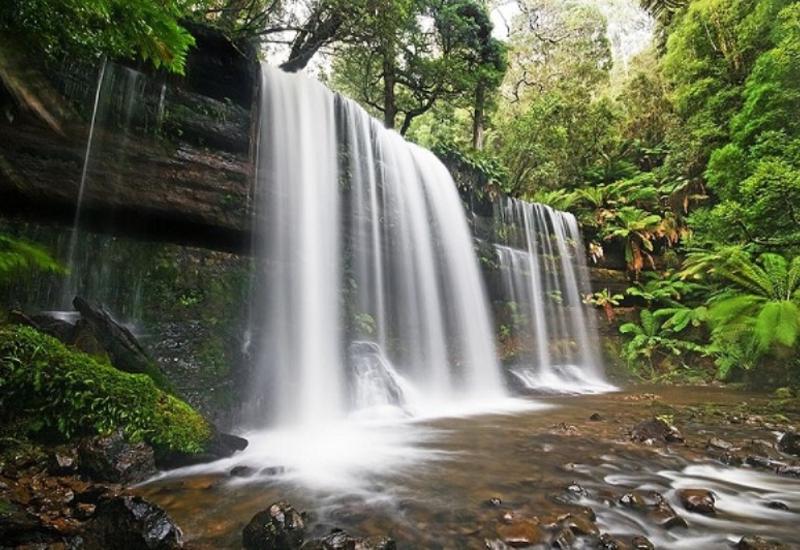 In late autumn, winter, and early spring, it is impossible to climb the waterfall because it is surrounded by ice and the waterfall is covered with ice. In spring and summer, teahouses are located on every mountain road, where guests are offered tea with traditional Gabala jam. At the highest point of the waterfall, against the soothing sounds and views of the waterfall, there is also a teahouse with a special wooden floor where you can drink tea. Water for tea is taken from the waterfall, which strengthens the taste of the tea. 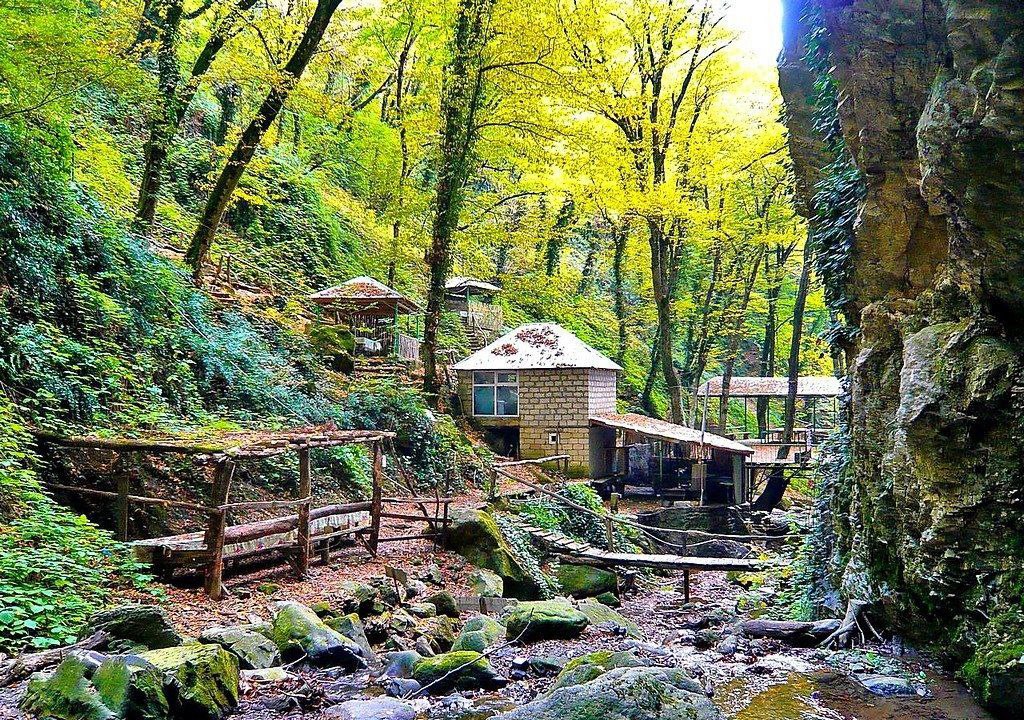 Nohur Lake is one of the most popular and visited natural attractions of Gabala, Azerbaijan. Located about 5 km. east of Gabala city. The lake is surrounded by forests and high mountains called Yumru, Goydag, and Gulluburun. The lake covers 240 ha in total and has a maximum depth of 24 meters.

Nohur is a lake of artificial origin, the beauty of which is given by the surrounding landscape. The lake, famous for its clear water, is surrounded by wooded hills and surrounded by hotels and restaurants.

Nohur Lake is a very popular natural attraction of Gabala for tourists. It is a place that attracts tourists all year long.  The lake is also for those who simply want to sit and enjoy the fresh air and experience a great view of the mountains. Winter is a great time to be here. During the winter lake is covered by thick ice which starts at the end of December. At different times of the year, lake freezing happens and all of this depends on the vagaries of the weather. When you reach Nohur Lake you can see beautiful mountains opening up in front of you. 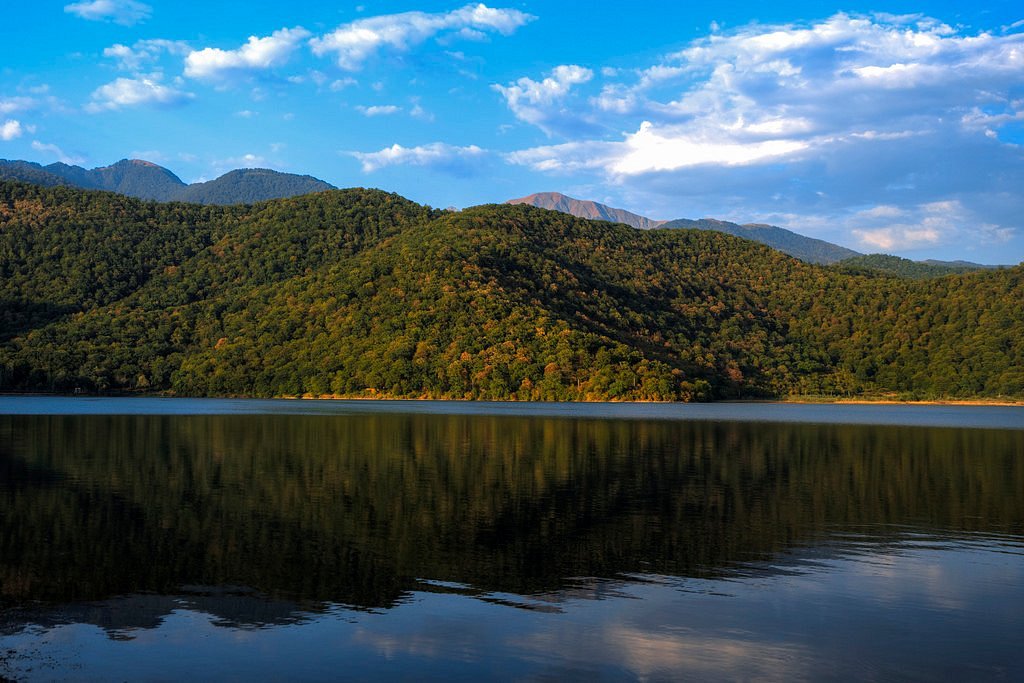 Though Nohur Lake is not nature's creation it is quite beautiful and nothing short of a natural lake. Although swimming in the lake is strictly prohibited, there are many other activities enough to keep the visitors busy and entertained. Among them, fishing is one of the most common ones. You can engage in fishing here for hours. It is also possible to take a boat and catamaran ride which is available during the daytime. Walking along the shores of the lake and enjoying the landscape are also among the favorite activities of the visitors. There are a restaurant and souvenir shops around. 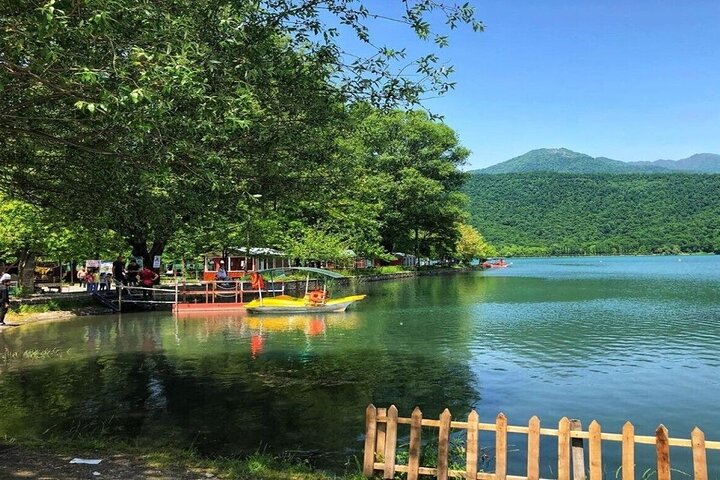 Laza is a village and municipality in the Qabala. Ethnic Lezgins live in the village.

According to legend, the ancestors of the population from the village of Laza, Gusar region, moved here. The history of the village is considered to be the end of the 17th century, the beginning of the 18th century. Over time, those who moved from the Laza village of the Gusar region to the lowland areas for winter pastures gradually settled here for permanent residence. The village was called Laza because the first tribes to settle in the village were the Laza tribes. 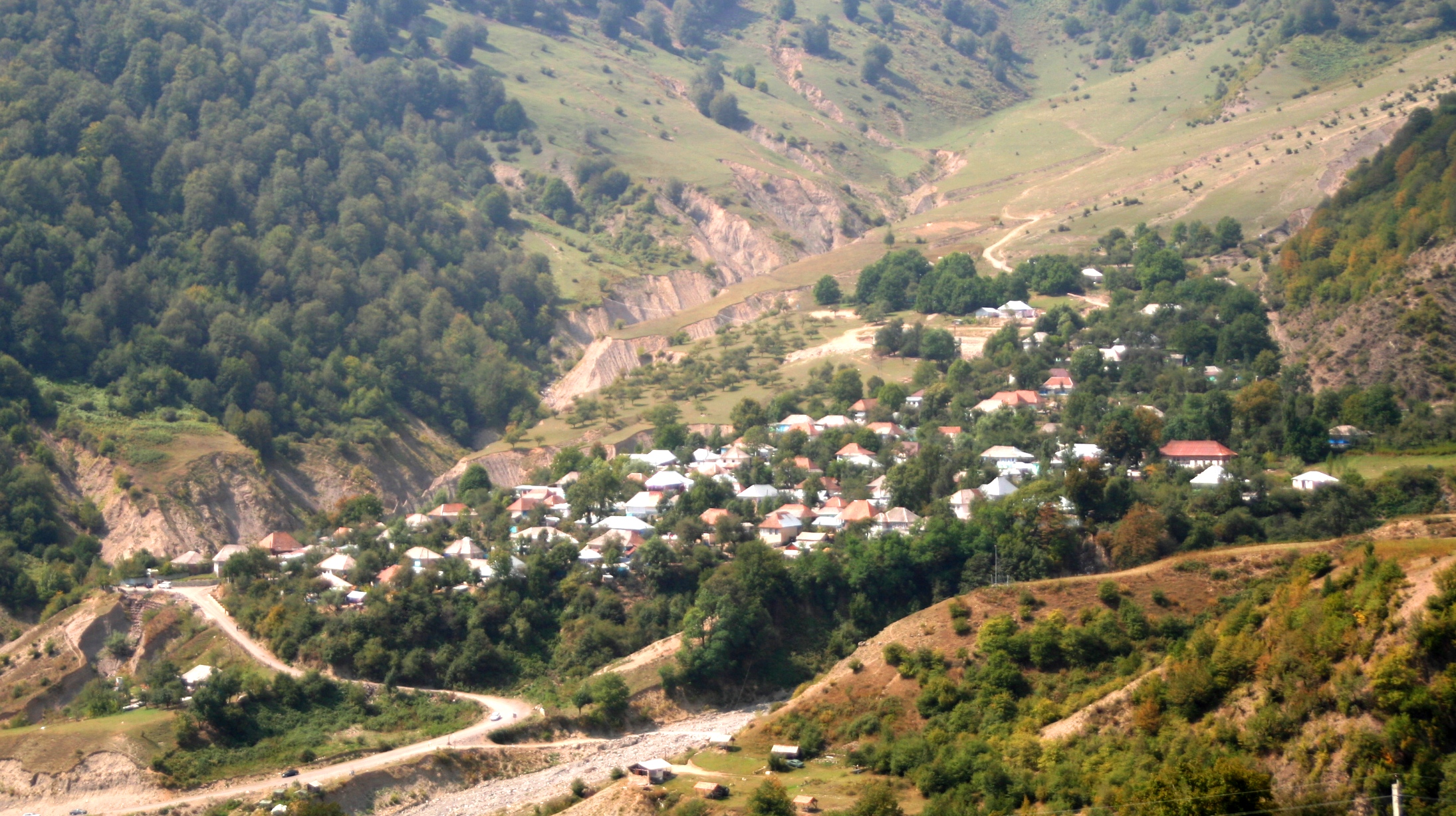 According to the historian Shakir Gamzaev (Gabyssanly), one version says the name of the village comes from the word “leza” or “lezalik”, which means “pleasant”. On the other - from the word "lezza (t)", meaning "pleasantness." The general meaning of the name is "a place with good people", "a wonderful place"

Laza is located on the southern slope of the Main Caucasian Range, on the right bank of the Damiraparanchay River, 8 km northeast of the city of Gabala.

It is in this village, famous for its gastronomic delights, that "dasharasi kebab", literally - kebab between the stones, is made. It is when the meat, previously seasoned in mint leaves, is put between the stones, and not simple, but only mountain ones, and roasted on the fire in a special way. 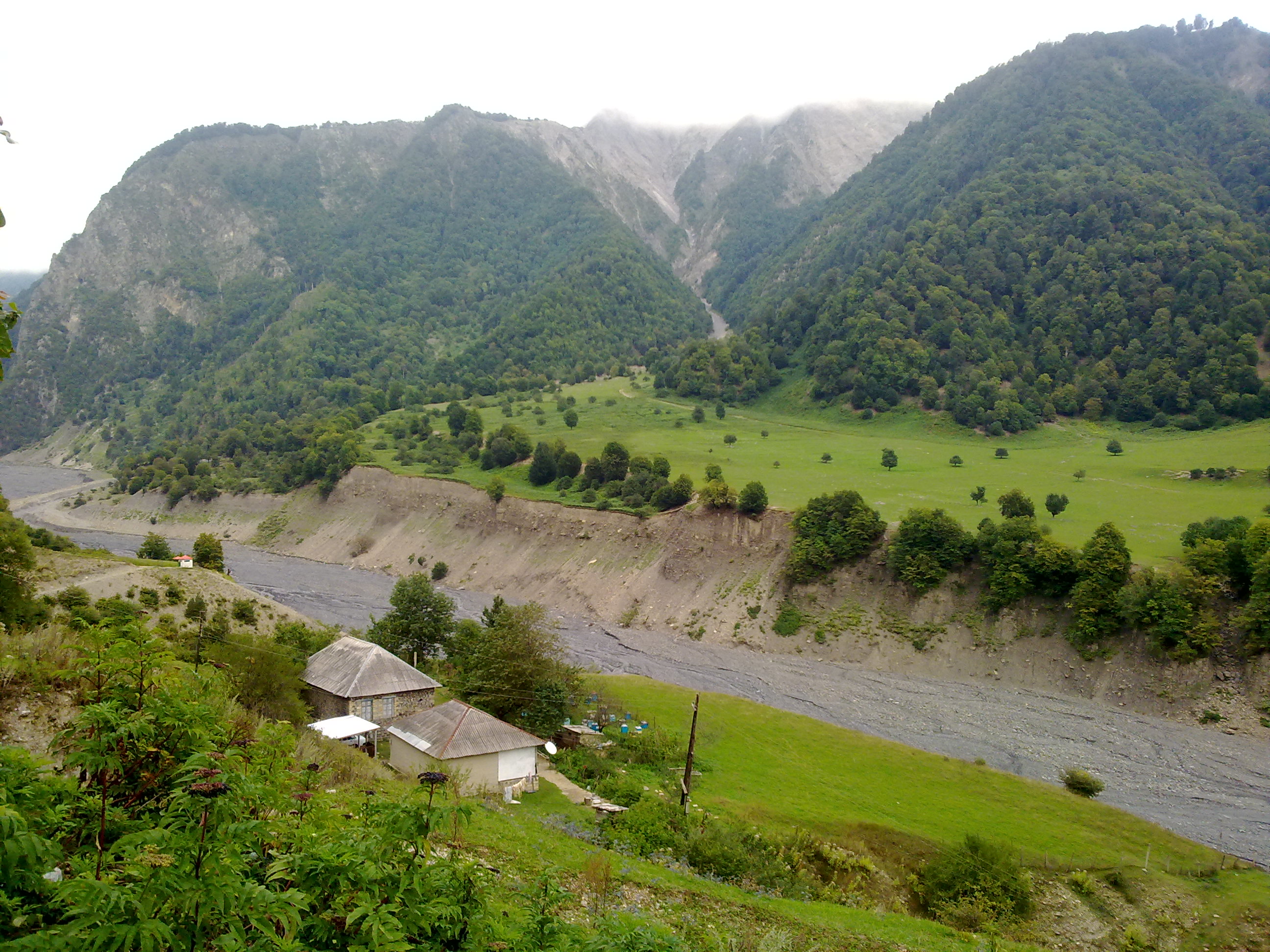 Not far from the village is a waterfall Muchug about 50 meters high.

The Russian forest is one of the most famous landmarks. The area is extremely rich in fauna and flora. In the forests and on the slopes of the mountains on green pastures, you will surely meet the maral and mountain tour described in the Red Book, you will see wild boars, gray rabbits, bears, wolves, and foxes. All this invariably attracts numerous hunters and tourists here. 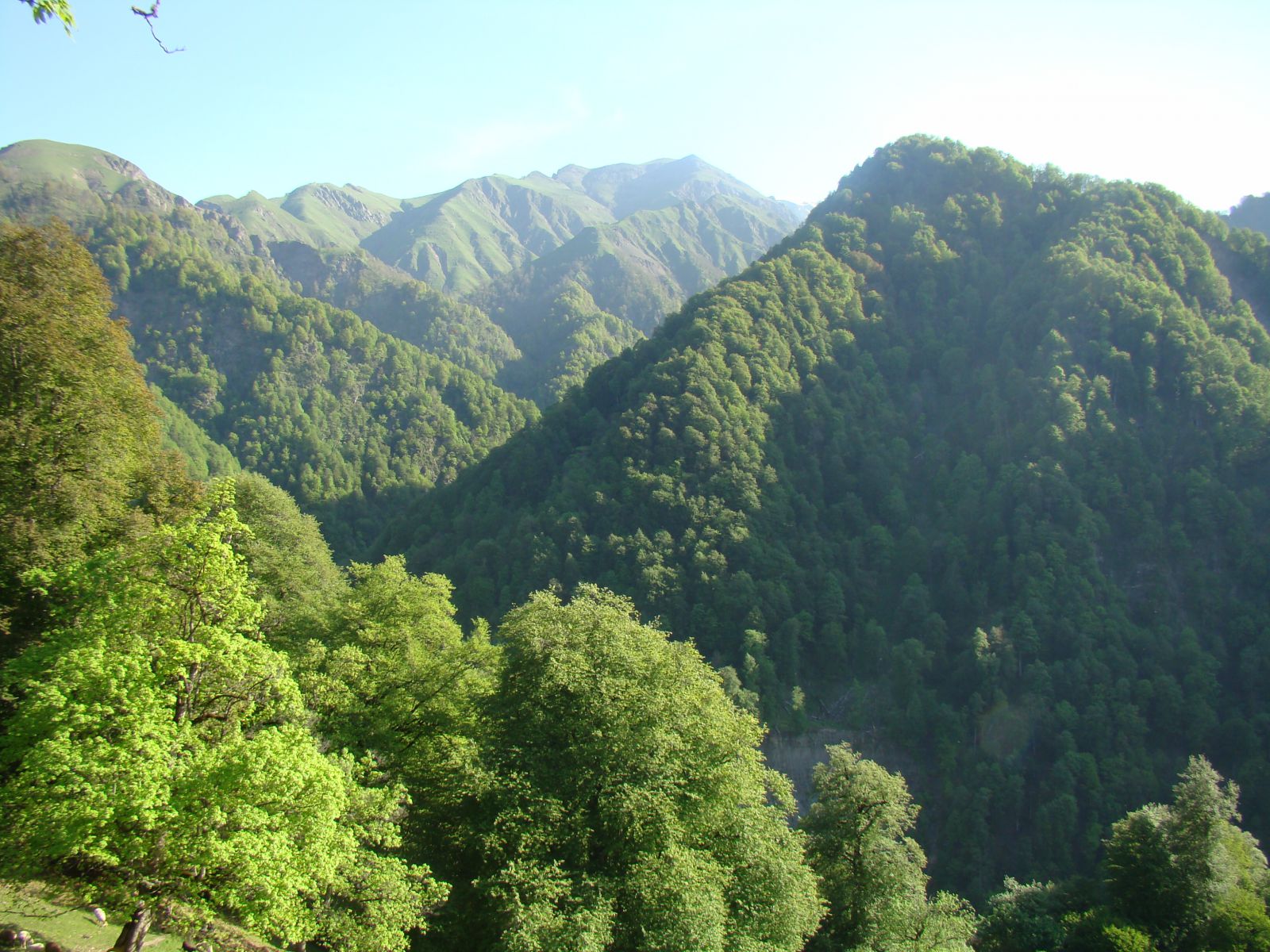 Gabala Airport started operating at the end of 2011 and in the summer of 2012, it began its active service. The airport meets all international standards and accepts aircraft of all brands.

You will be surprised by Gabala's roads, which have perfect pavement quality.

Tips for the tourist: 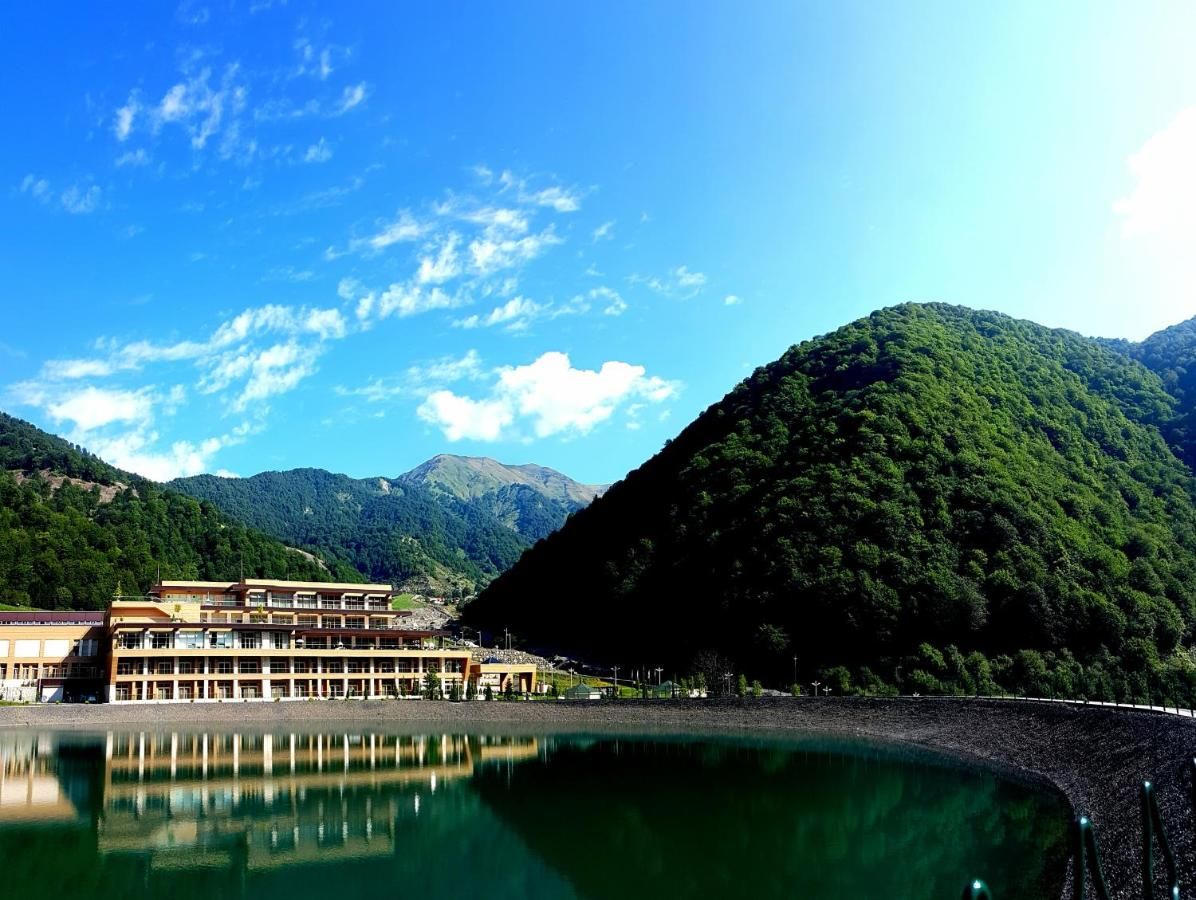