Historical and ancient city Cairo is the capital of Egypt is home to the pyramids and some mind-blowing ancient treasures.

Historical and ancient city Cairo is the capital of Egypt is home to the pyramids and some mind-blowing ancient treasures. It’s a city of contrasts, where old and new stand side by side, where alive and deceased share land (in the so-called City of the Dead), and where luxurious hotels stand alongside cramped (yet vibrant) souks. 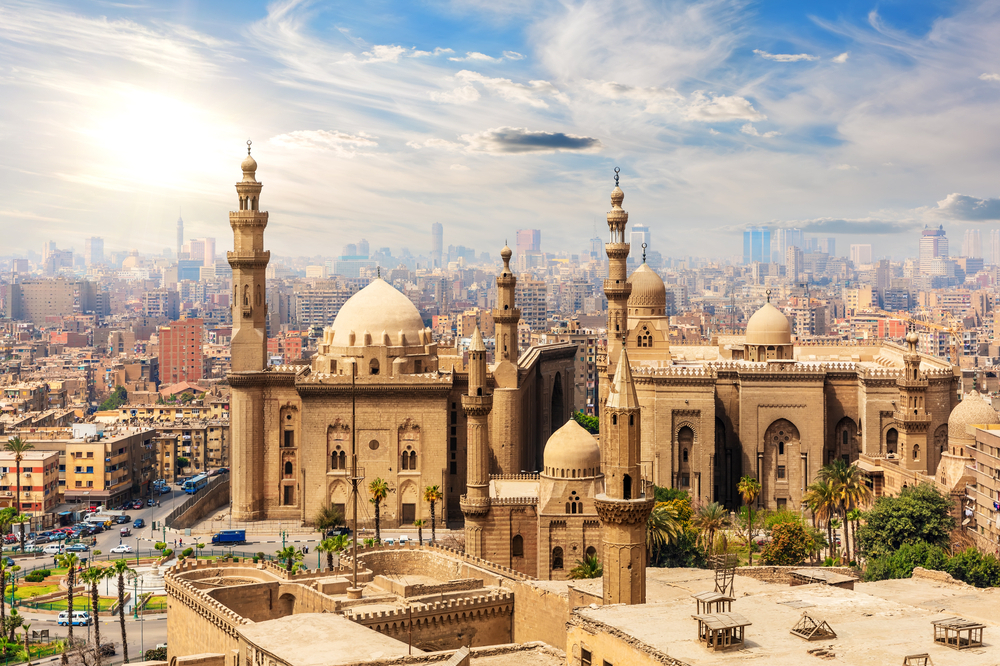 What to do in Cairo?

Cairo’s other name is Umm al-Dunya meaning Mother of the World and in Cairo’s ancient souks and fortifications you will feel history envelop you. Tourists often just scratch the surface and barely go beyond the pyramids.

To help to plan your trip here are the best things from Jintravel to do in Cairo. 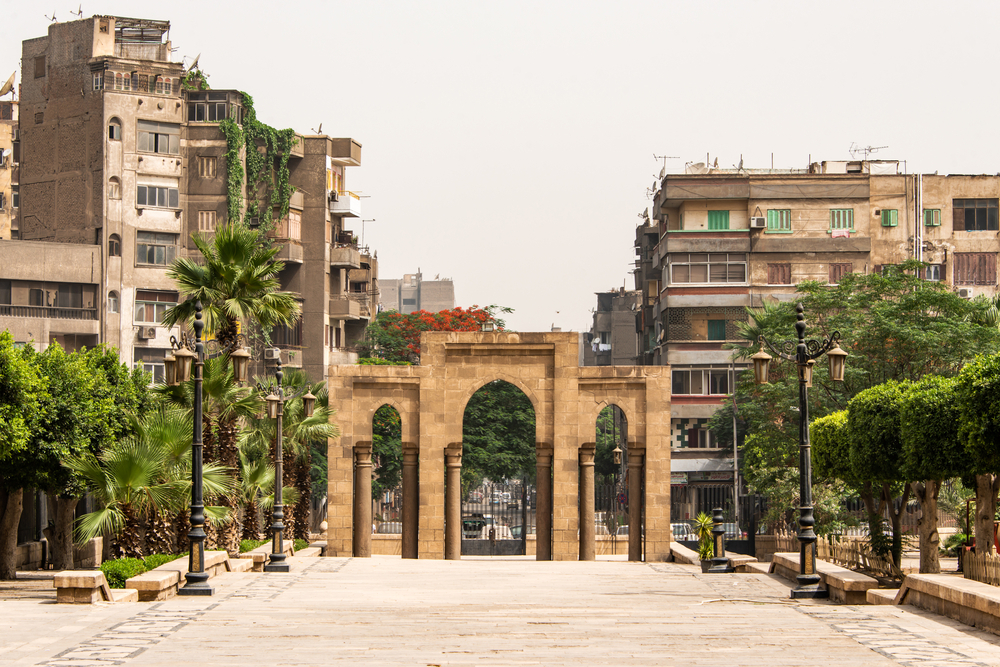 Built-in 1176, the Cairo Citadel has a coveted claim to fame as the largest medieval fortress in the world.

Add here popular institutions like the Police Museum and National Military Museum and it’s easy to see why the Citadel has become a visitor beacon. 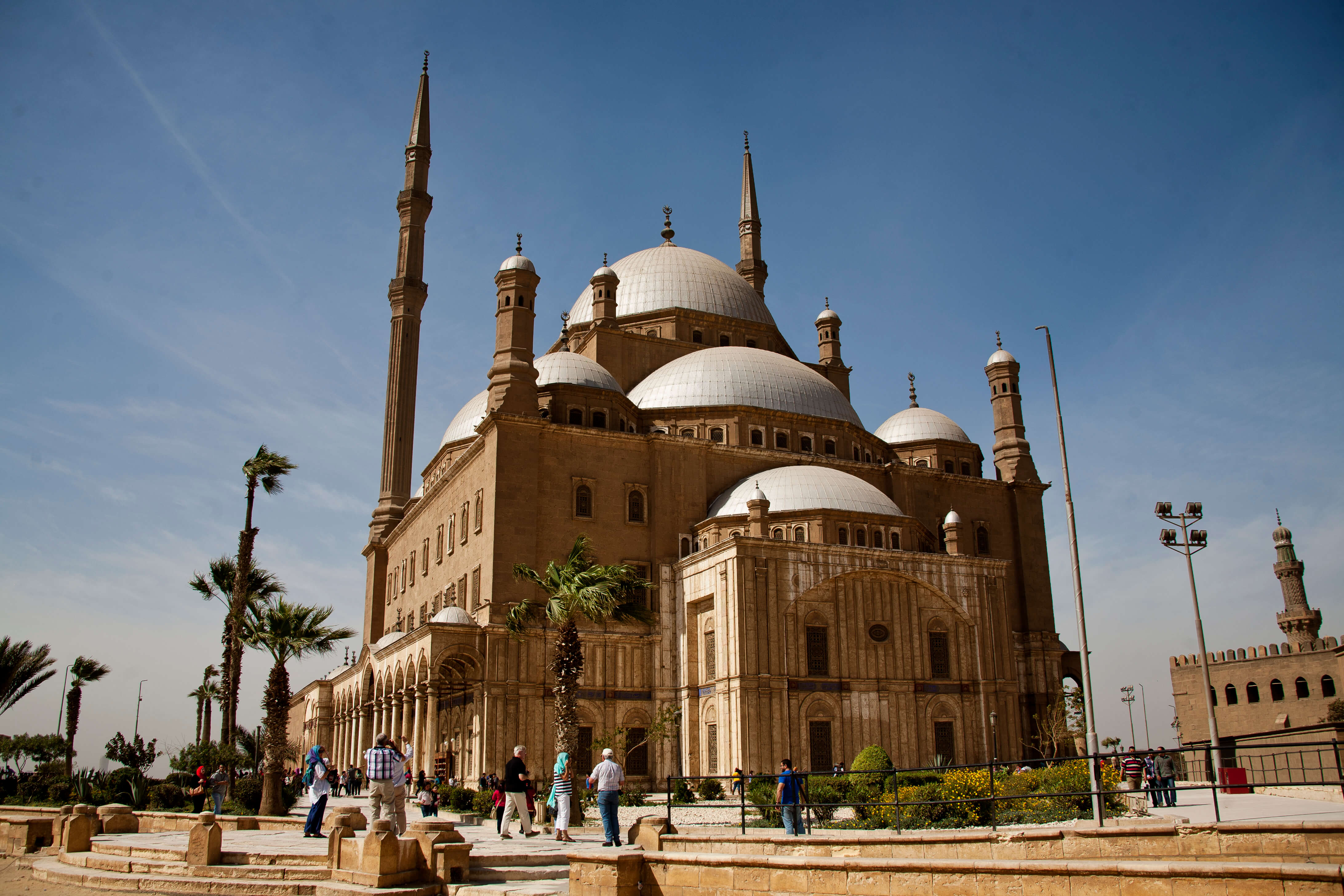 The Khan el-Khalili Bazaar is one of the Middle East’s most famous markets. It’s one of the must-visit places on any trip to Cairo. The labyrinthine structure offers visitors more than just its impressive size. It also houses hundreds of stalls selling everything from spices and souvenirs to jewelry, gold, clothes, and hand-made crafts.

The bazaar is also home to some of the world’s oldest coffee houses, namely, El-Fishawi cafe, more than 220 years old!

With so many unique stalls and such a decorated history, a lot of travelers opt for a guided shopping tour of the Bazaar to uncover the hidden gems. 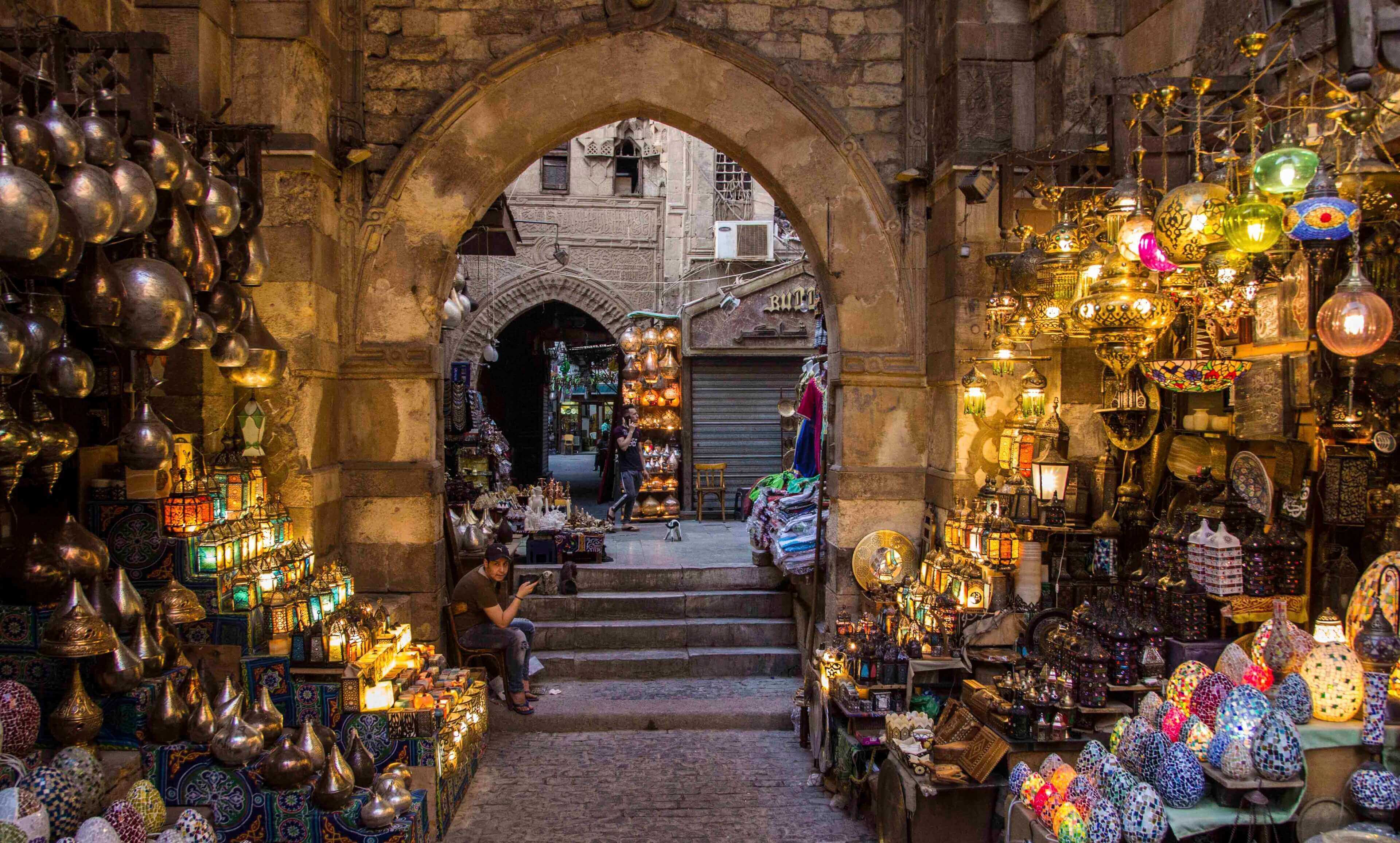 A magical slice of nature nestled in an otherwise dry region, the Wadi El Rayan is home to two flowing lakes connected by a beautiful waterfall. It has golden sand dunes and blue waters making for a striking visual contrast.

Accessible only by off-roaders and ATVs, the sand dunes are a popular thrill for adventure-loving tourists. It’s best to combine your journey with a leisurely stop at the El Fayoum oasis on a pre-arranged day trip. 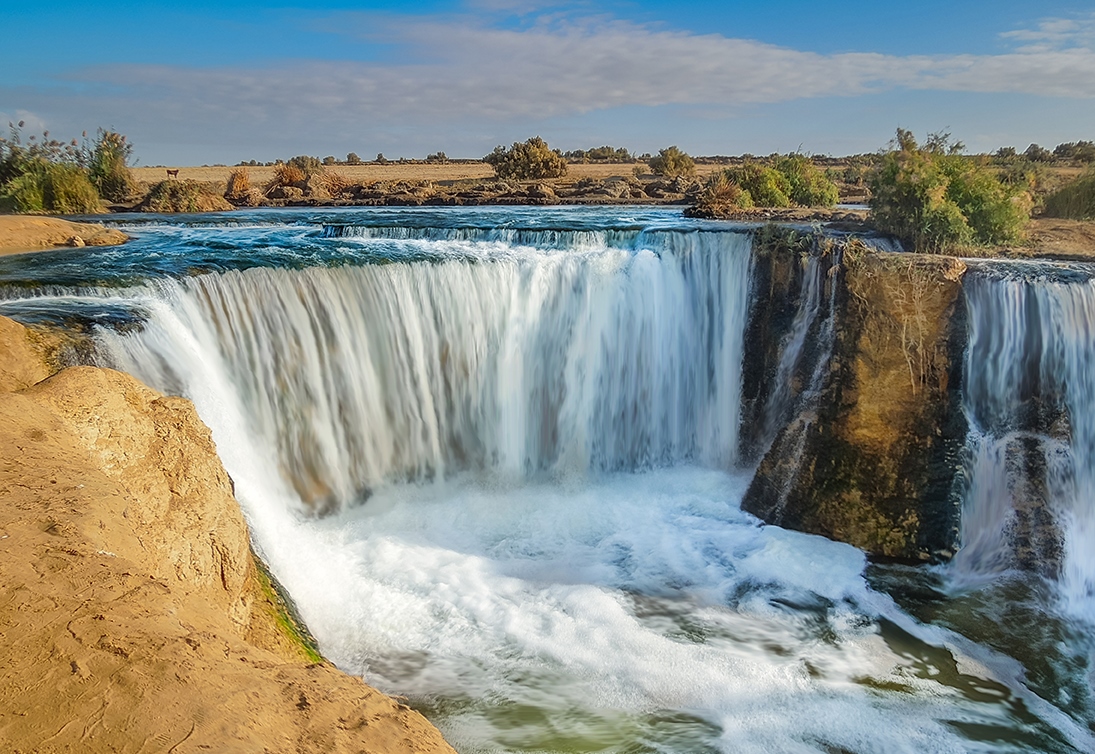 4) A trip to Cairo without photographing the pyramids?

Standing at a peak of 138 meters tall, no other site in Egypt draws the masses quite like Giza’s Pyramids — the only remaining Wonder of the Ancient World.

These three colossal structures (the Great Pyramid of Khufu, Khafre’s Pyramid, and Menkaure) have attracted millions of annual visitors since their discovery. They are evidence of the incredible skill and innovation that went into ancient engineering.

The Pyramids remain one of Egypt’s most popular attractions, so it’s best to plan ahead with a visit. Avoid the midday heat by going early in the morning or late in (or after) evening when crowds cool down. Hire an expert guide for a more in-depth tour and dress accordingly with plenty of sun protection.

More about Egypt: TOP 10 amazing places to visit in Egypt 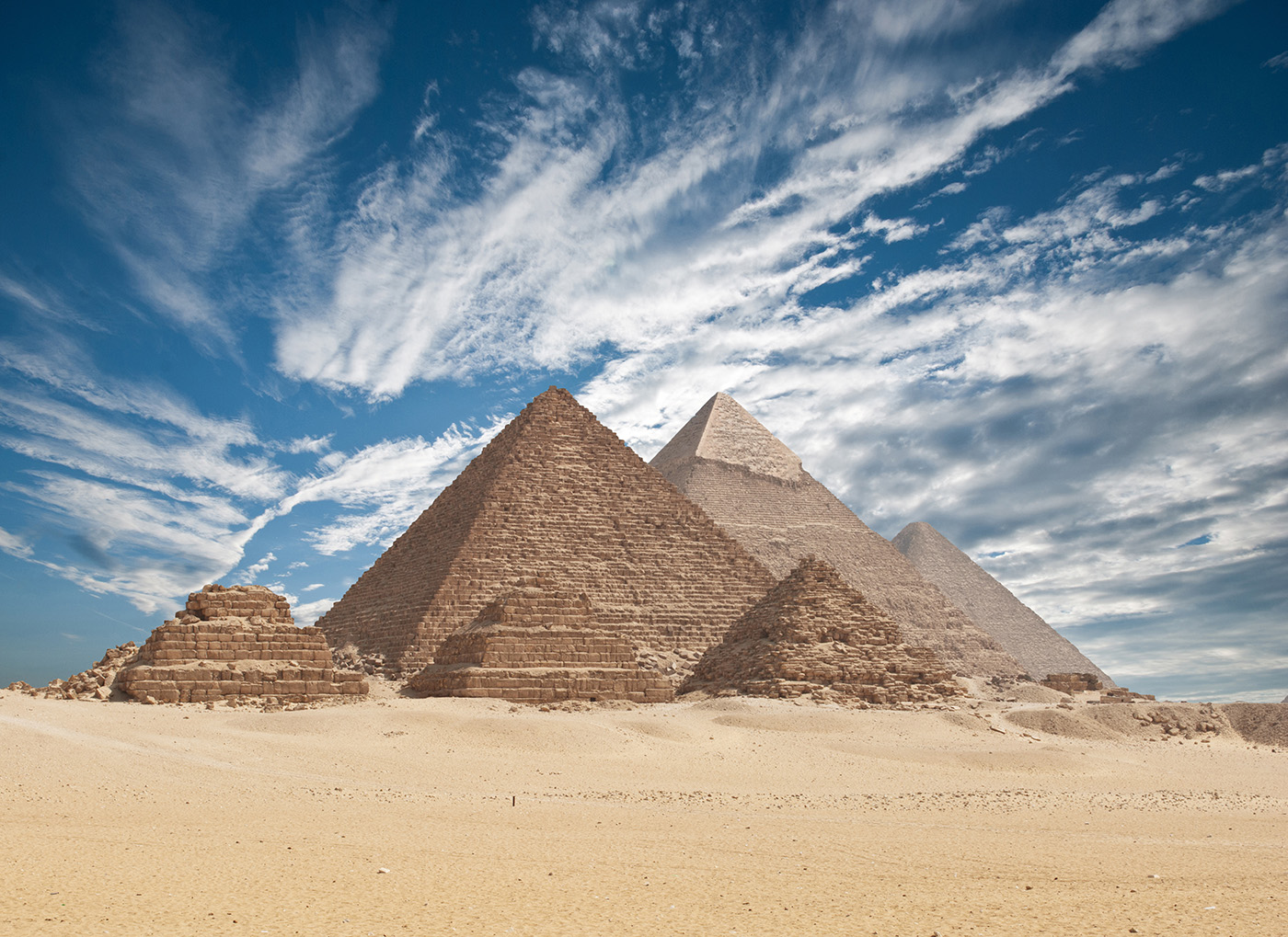 5) A stroll through Islamic Cairo

One of the city’s oldest neighborhoods, Islamic Cairo (or Masr El-Islami) is a labyrinth of streets and alleys. It’s where the history of Egypt unfolds through mosques, madrasas (schools), mausoleums, markets, fountains and palaces.

El Moez Street is teeming with life with the Qalawun Complex and Al-Hakim Mosque making for essential stops. The restored Al-Ghouri complex is a great place to learn more about the city’s Mamluke history. 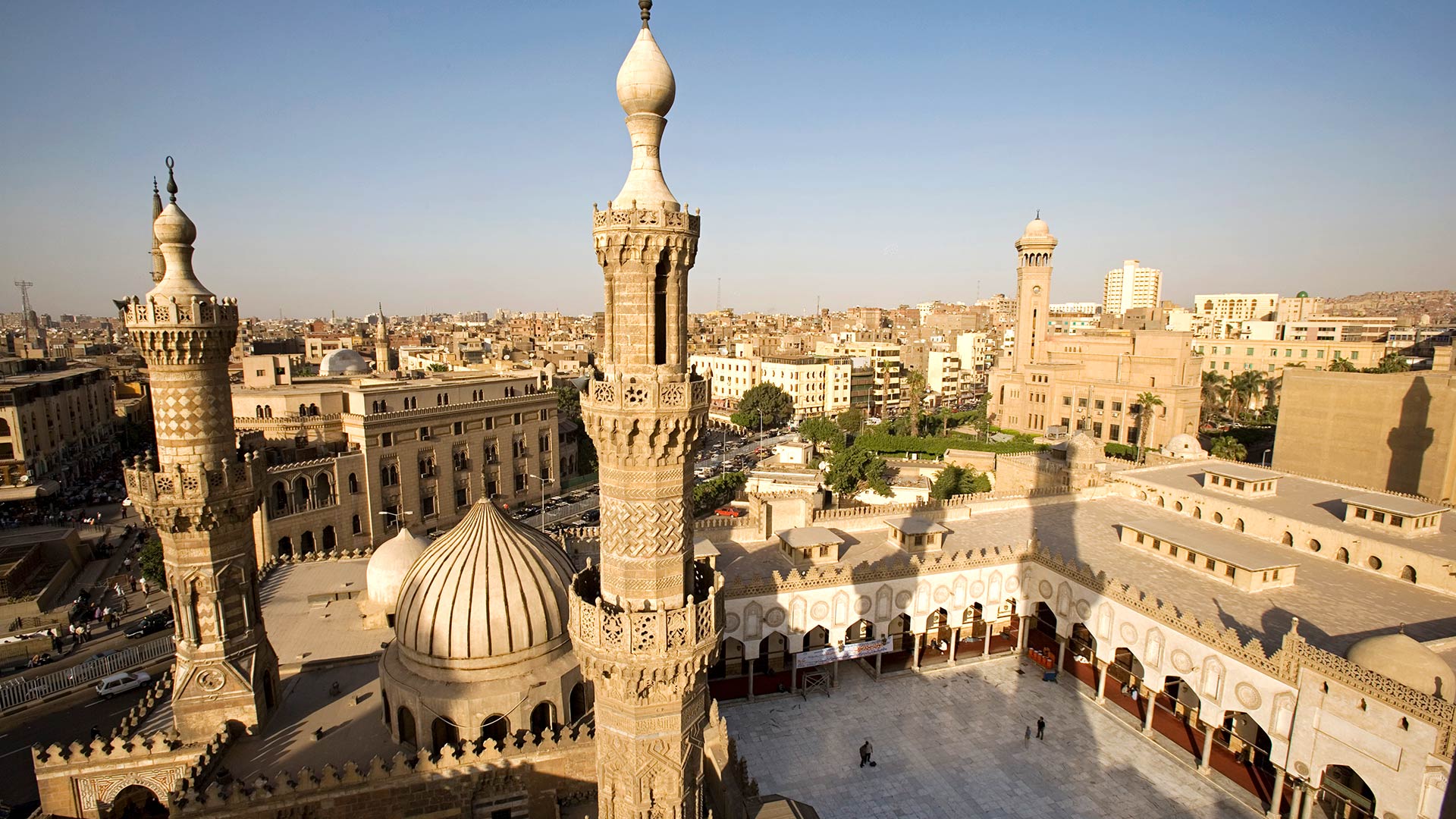 6) Go back in time at Saqqara

Saqqara is home to some of the most ancient and iconic monuments in Egypt.

Sakkara is one of Ancient Egypt’s first cities and the first Capital of Egypt, wowing tourists not only with its stories, but also its landmarks. It’s the home of the famous stepped Pyramid of Djoser and dozens more. 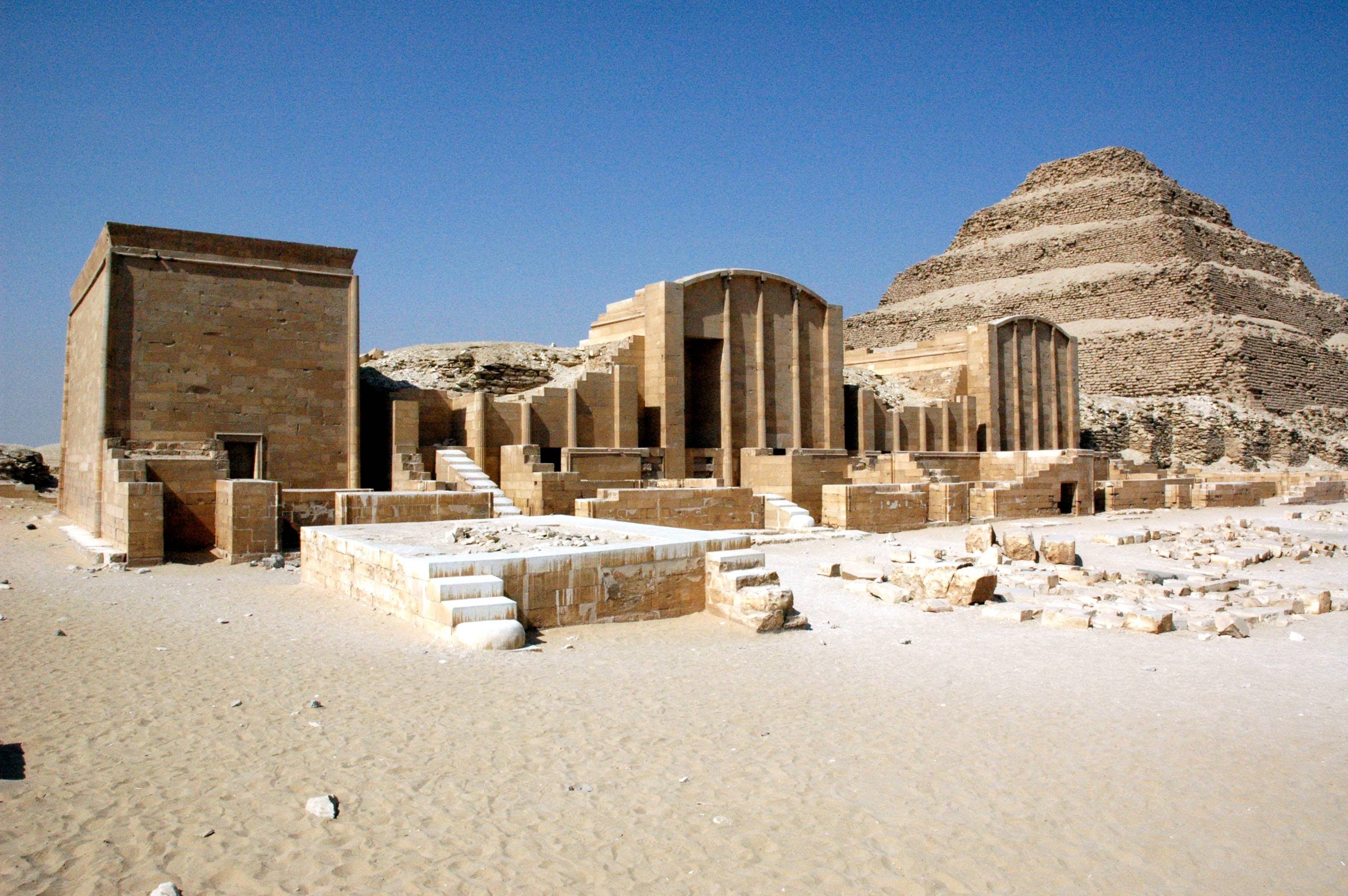 7) Enjoy the view from Cairo Tower

For a bird’s eye view of the city and its labyrinth-like streets, make your way to Cairo Tower (Qasr El-Nil), one of the tallest buildings in Africa.

Offering panoramic views that stretch off into the horizon and often extend all the way down to Giza on clear days, visitors can see as far south as Sinai from the tower’s café.

The best time to visit the 187-meter-tall Cairo Tower is just before sunset when you can see the city lights start to sparkle while being surrounded by historical monuments. 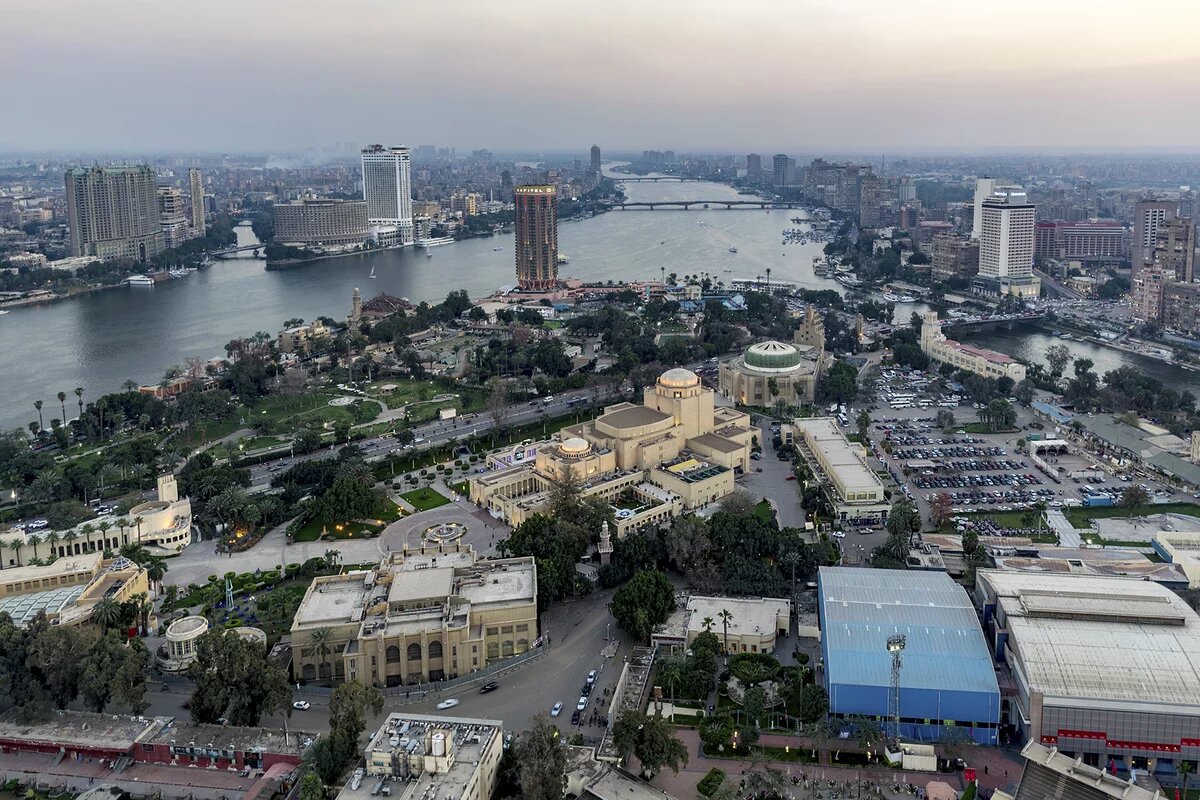 Visiting the largest church in the entire Middle East, the Cave Church (otherwise known as the Church of St. Simon) in Zabbaleen, is undoubtedly one of the most unique things to do in Cairo.

Carved directly into the rock face, exuding both history and charm, the Cave Church can accommodate a whopping 20,000 people. The view from the top row down to the stage is magical. 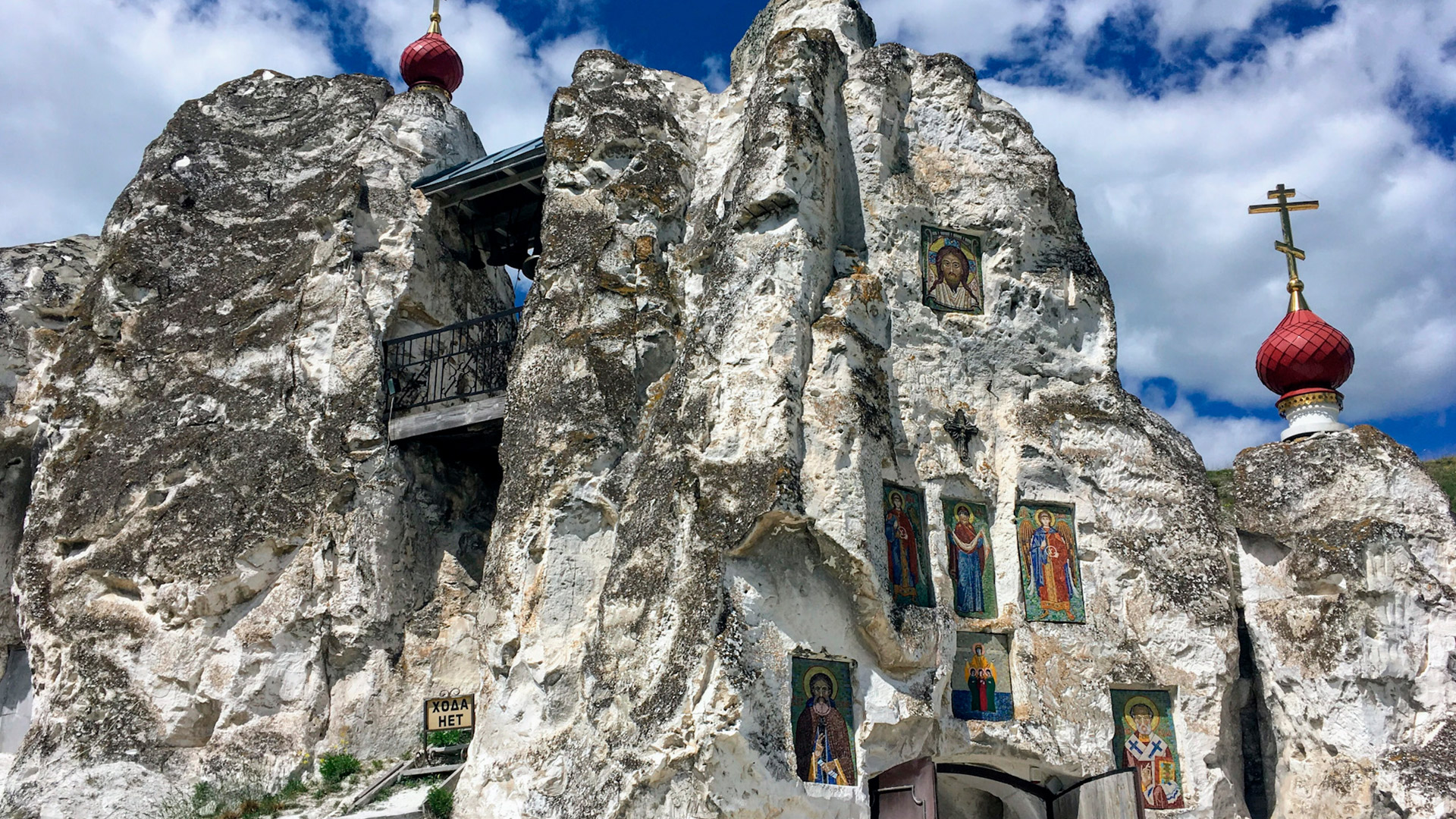 9) Wander the dusty streets of the City of the Dead

For the dark tourism fans who want to see another side of Cairo beyond the tourist-trodden pyramids and bazaars, the City of the Dead (otherwise known as Al-Qarafa or the Cairo Necropolis) is an excellent option.

Home to about half a million (living) people and located just outside Cairo’s city center, this neighborhood has become something of an open-air museum. It has an array of cemeteries, mausoleums, and shrine-mosques dating back as far as the seventh century intertwined with the lives of modern residents — an eerie juxtaposition. 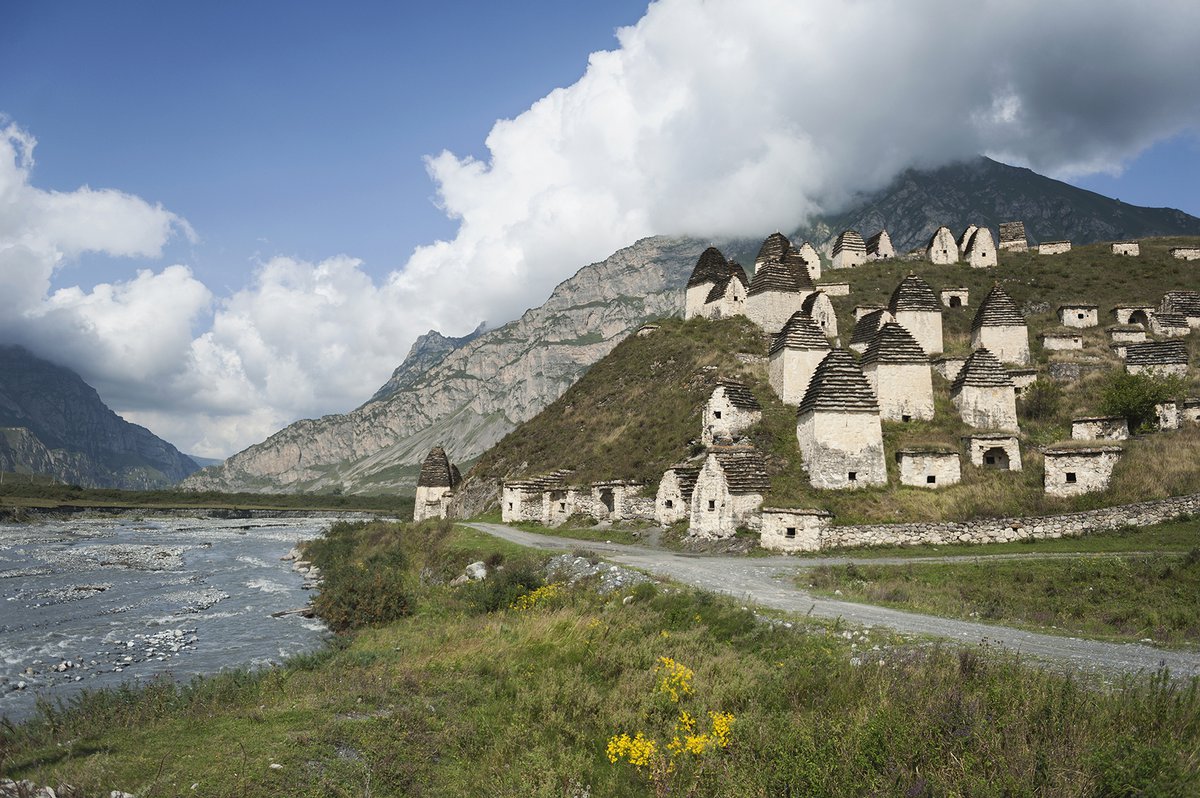 10) Climb aboard a felucca sailboat

A wonderful way to take in the sights of Cairo from a different angle, touring on a felucca boat is one of the most relaxing things to do in Cairo. Thanks to the traditional wooden sailing boat’s significant Mediterranean heritage, it’s also a bit of a history lesson. 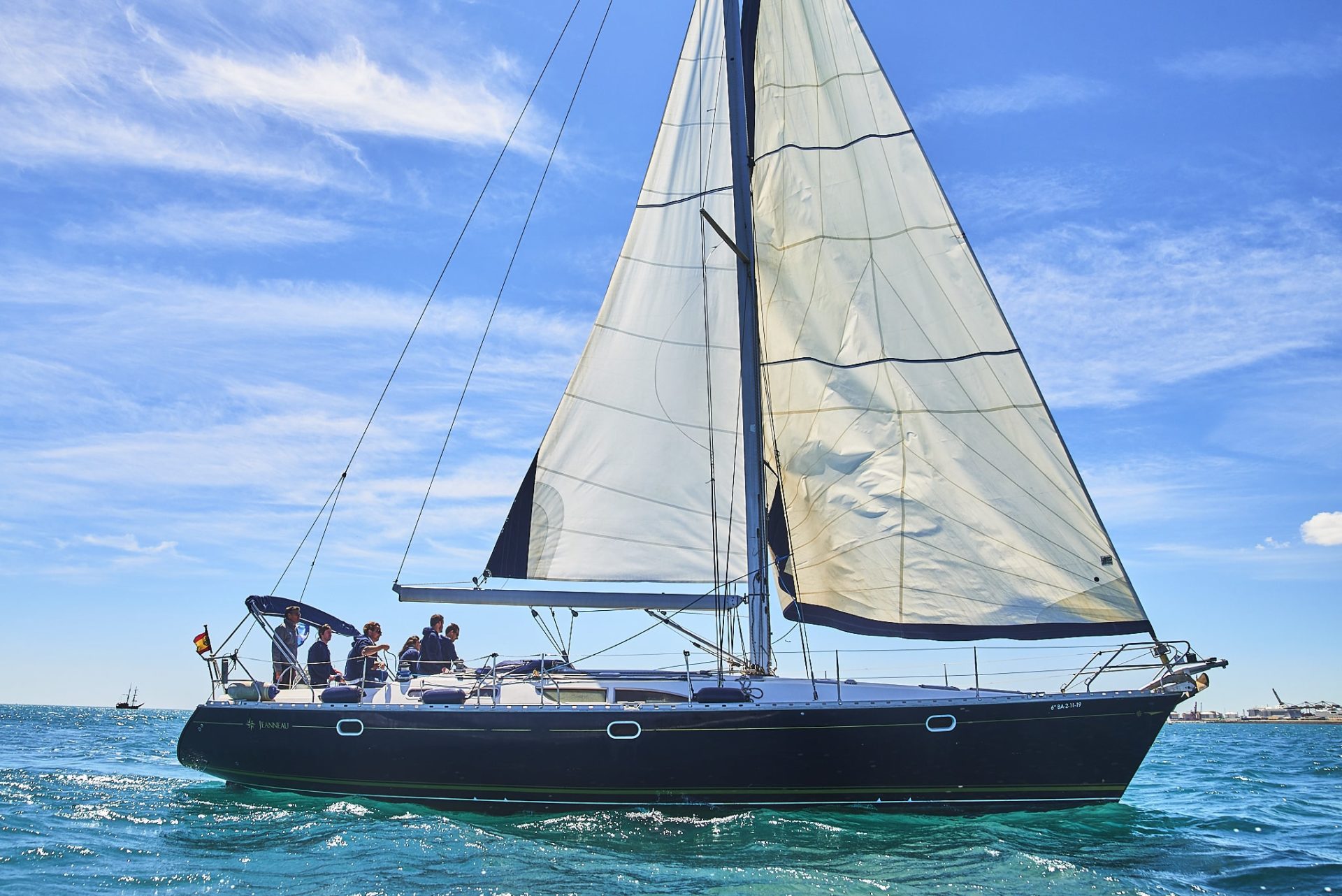 11) Witness history comes to life at the Pharaonic Village

A fascinating way to see a different side of Egypt, Pharaonic Village is an open-air museum meets theme park — where you can learn about ancient Egyptian culture and history through a range of interactive displays.

Found on Jacob’s Island on the Nile, the village hosts dozens of life-size models — including the tomb of Tutankhamen — as well as the Mummification Museum, Nubian life museum, a 9D Cinema, maze, and plenty more. This is an excellent stop for all those interested in toned-down ancient Egyptian history. 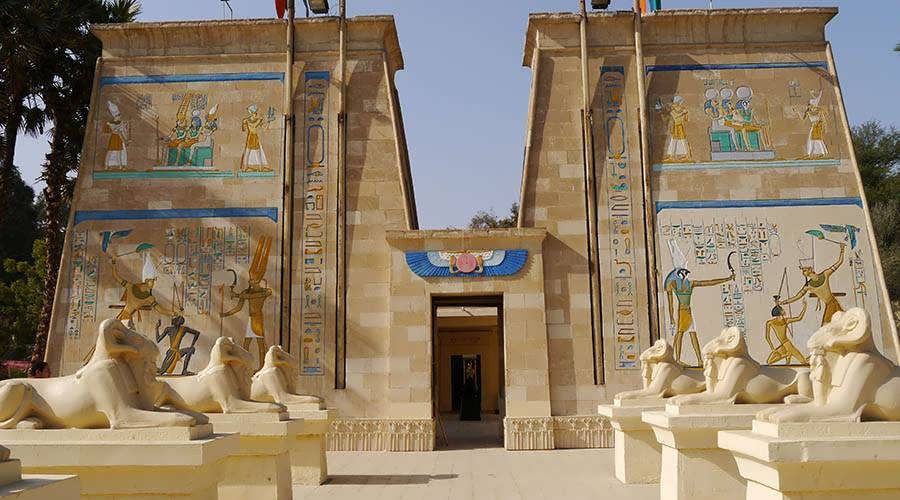 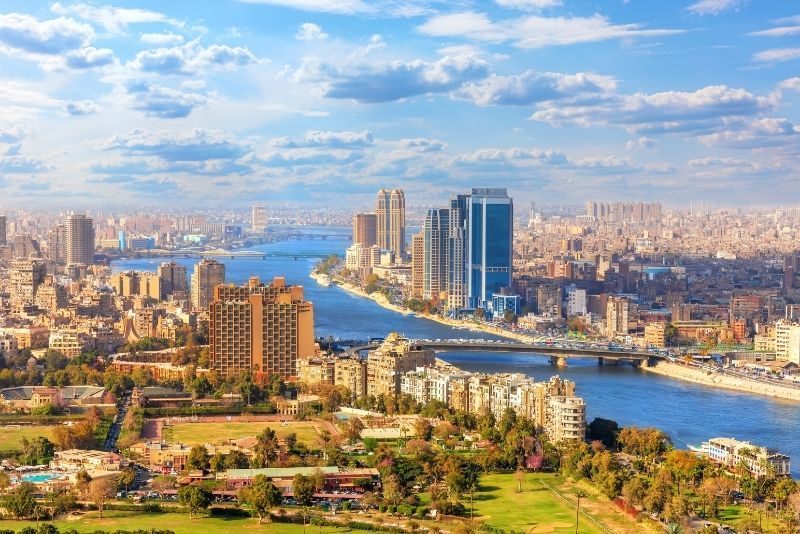